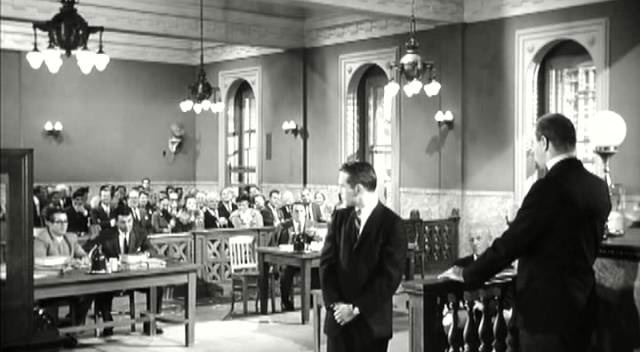 ORDER! ORDER IN THE COURT!!!

I know, I know, it's difficult with Paul Newman in here but you will just have to calm down! At least enough so I can tell you about one of Paul's movies, The Young Philadelphians (1959). 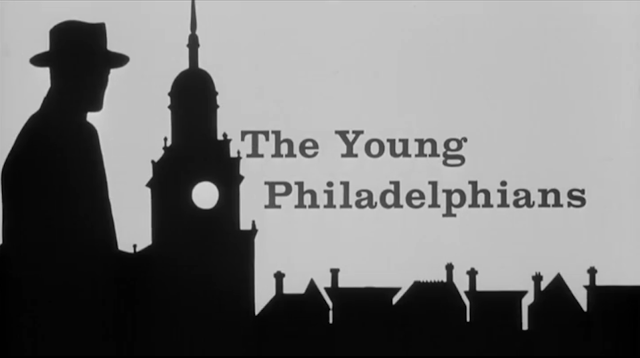 Reminds me of the opening credits of Catch Me if You Can (2002).
This movie is one of those films that feels like several movies in one in that it is rather episodic. It also features a host of Classic Television Stars (Adam West - Batman, Robert Vaughn - Napoleon Solo, Brian Keith - Uncle Bill, Diane Brewster - Miss Canfield) as well as a nice mix of Old and New Hollywood.
The movie opens on a wedding night. But it is not destined to be a happy one. Kate Judson Lawrence (Diane Brewster) has married socially prominent Bill Lawrence (Adam West) to ensure that her children have a better start in life than she did. In their hotel room Bill becomes upset and says he can't go through with it. It turns out he is unable to have children (or is a homosexual). He leaves Kate alone and drives off into the night.
Kate, also upset, goes to her true love, Mike Flanagan (Brian Keith), a poor laborer, to seek solace. The next morning she learns that Bill died in a car crash. Not long after his death, Kate discovers she is pregnant. Bill's mother threatens to tell everyone the truth but after Kate says that all she wants for her child is the Lawrence name and not the Lawrence fortune, not to mention that she threatens to tell everyone the truth about Bill, his mother agrees to keep her secret. 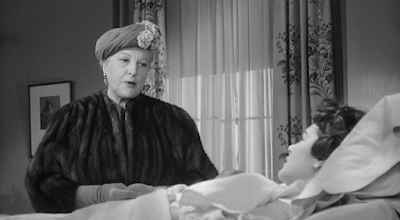 Isobel Elsom as Mrs. Dewitt Lawrence
Fast-forward several years later and we come upon handsome Anthony 'Tony' Judson Lawrence (Paul Newman). He is a pre-Law student at Princeton and in the summer works at Mike Flanagan's successful construction company. We learn that Kate did not marry Mike because he wouldn't be able to "open the right doors" for her son but has remained close friends with him. Mike has become a father figure to Tony, who is oblivious to his true origins. 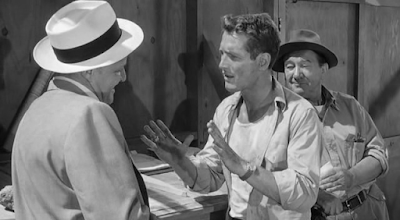 While at work he meets Joan Dickinson (Barbara Rush), the daughter of Gilbert Dickinson (John Williams), a prominent attorney. Later, they meet again at a party. Soon the two are dating and considering marriage. Their parents however, have other plans. 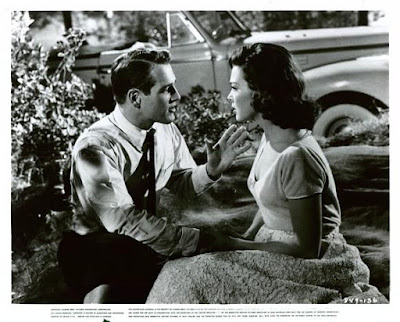 On the night Joan and Tony are planning to elope, Mr. Dickinson suddenly comes by with an offer Paul can't refuse (the theme in this movie is rich parents interfering with their children's lives resulting in loveless marriages). He accepts, Joan marries someone else, and Tony has a fling with an older woman (Alexis Smith) married to an even older man, Mr. Wharton (Otto Kruger) in order to climb even further in his career (as a lawyer).
However, once Tony has established himself as an up-and-coming lawyer, the Korean War comes along. He makes it through unscathed but his friend Chester (Robert Vaughn) loses an arm and Joan's husband conveniently dies, leaving the way open for her and Tony to rekindle their romance at a later date.
Back at Mr. Wharton's firm, Tony is given a low-position job. This doesn't sit well with him. He's not going to let the war ruin his promising career. Salvation comes in the form of a feather-brained elderly woman, the delightful Billie Burke, Mrs. J. Arthur Allen. The ensuing case shows that Tony is a force to be reckoned with; he's not only smart, he's also shrewd.
Robert Vaughn, who plays Tony's friend Chester A. Gwynn, describes what happens next perfectly: 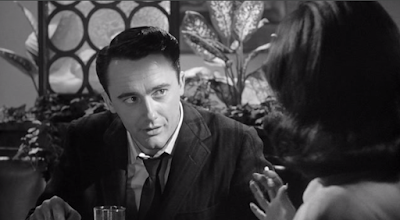 Chester "Chet"
Gwenn's family threaten to reveal Tony's background if he takes Chester's case, leading his mother to reveal who is father is. Tony takes the case anyway and proves that he's got what it takes to win not only the case, but also silence the people who threaten his career (he's got some information up his sleeves too). 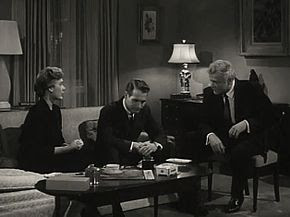 Here's where it all goes down (with Richard Deacon from The Dick Van Dyke Show and Leave it to Beaver as the butler):
Sorry if this post is a little confusing. There's a lot going on and it's been a while since I saw it (I wasn't able to get it from the library like I thought). You can read a full Synopsis on the TCM website.
Barbara Rush (Joan) on the enduring popularity of the film and working with people she admired:
Finally, here's a cute interview by Barbara Rush with Paul Newman while he was filming Hombre. 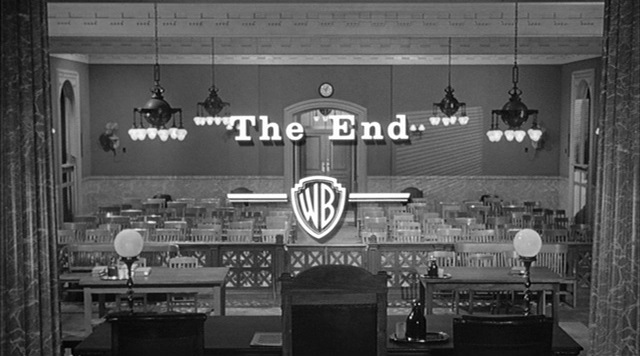 This post is part of the ORDER IN THE COURT! The Classic Courtroom Movies Blogathon hosted by CineMaven's Essays from the Couch & Second Sight Cinema. Be sure to read all of the other legal posts. If you don't I will SEE YOU IN COURT!!! 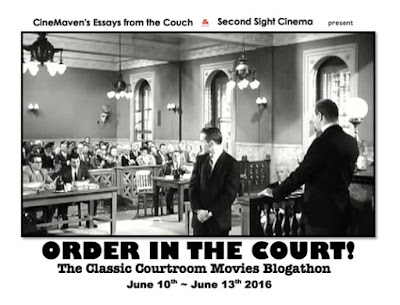