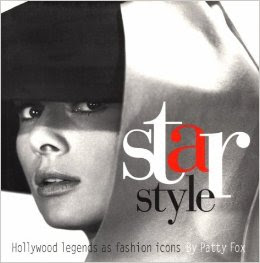 *Star Style: Hollywood Legends as Fashion Icons by Patty Fox, discusses ten actresses who impacted fashion both on and off the screen in one way or another. Joan Crawford brought shoulder pads that would dominate the fashions of the 1940s, Greta Garbo showed that covering up was sexy, Marlene Dietrich proved that menswear could be fascinating on a woman, Marilyn Monroe perfected the innocent sex symbol, and Audrey Hepburn proved that a less-than-perfect figure could be the height of chic.

This book was extremely fascinating. Chock-full on interesting tidbits and beauty secrets, it is a must for anyone who loves fashion and movies. In todays world, where movie stars are called celebrities, go out make-up free, and don't have a distinct style, these ten women remind us what Hollywood used to be like - the Glamour Capitol of the World. 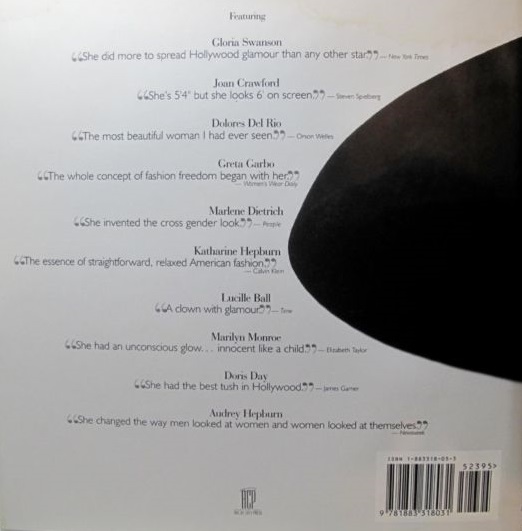 *There is also an updated version that includes a new introduction with photos of modern fashion individualists Gwyneth Paltrow, Drew Barrymore, Whoopi Goldberg, and Cher. It can be purchased here.

Patty Fox also has a book titled Star Style at the Academy Awards: A Century of Glamour.

This post is for the Summer Reading Classic Film Book Challenge hosted by Out of the Past. You can sign up for it here. 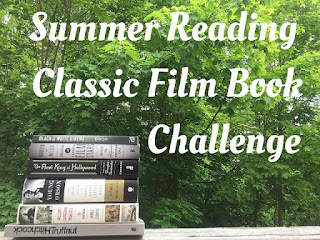