The Mad About Ladd Tag! 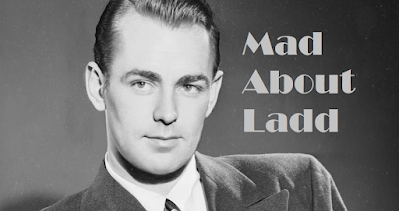 Waaaaayyyy back in June, Hamlette's Soliloquy tagged me to take part in the Mad About Ladd Tag. Here are the rules: 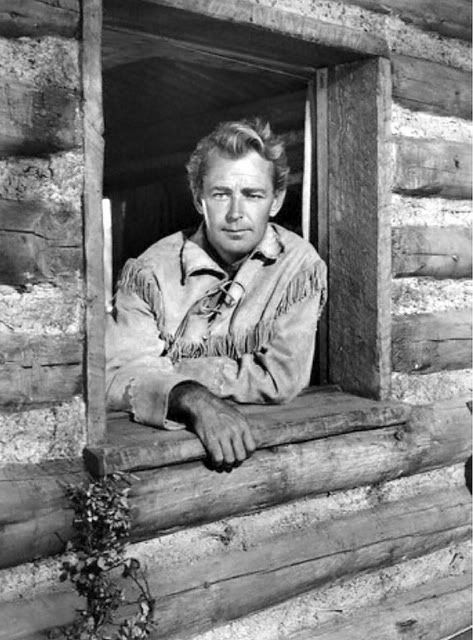 Of course I have to start with a picture of Ladd in character
as Shane, as that is the movie that made me a fan. 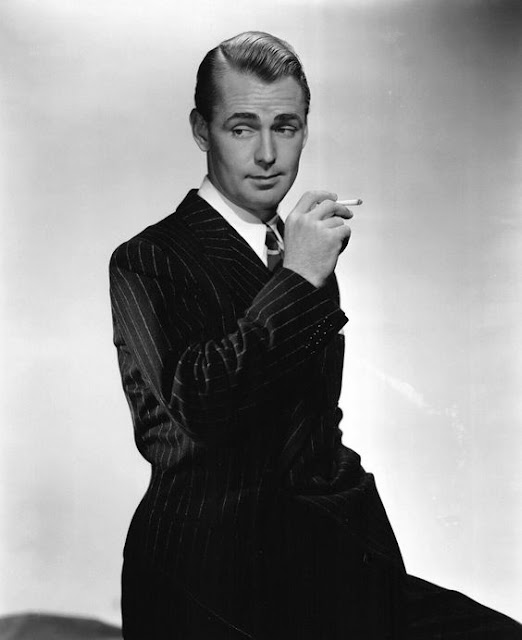 I know smoking is bad for you, but those Old Hollywood
stars sure looked cool and classy when they lit up. Ladd made several noir films, and this shot is super cool. You can't get this effect with color folks! 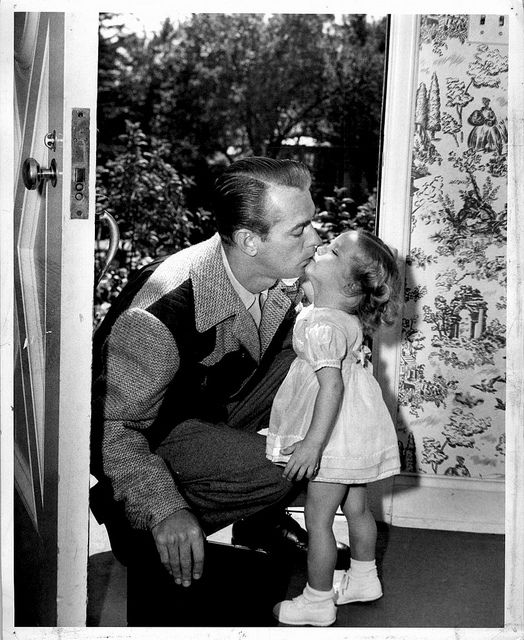 On the other end of the spectrum, here's a sweet photo of Ladd with his daughter Alana.
I'm going to one up the gif to a video of Ladd saying my name. This is from the movie Guns of the Timberland (1960) and he pronounces my name, Laura, EXACTLY the way I like it pronounced. People from the north and west tend to pronounce it "lore-ah," which I don't like.
And lastly... I always struggle with the tag part so since I'm already two months late I'm going to skip it ;)
BONUS: some Alan Ladd recipes I came across while picking out my four photos.
Posted by Phyl at 9:51 PM 2 comments:

Movies I Watched in July 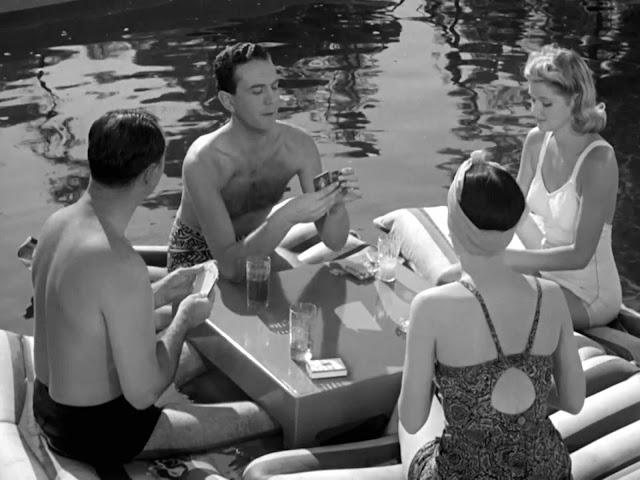 Isn't this floating card table in Maisie was a Lady (1941) amazing?

This month was much better movie-wise. I even started back up watching White Collar! Also I FINALLY watched both The Lady Vanishes and Brief Encounter! Loved both of them! If you like Brief Encounter you should watch Falling in Love (1984). It's not a remake but it's very similar. I've never been a fan of Meryl Streep but I really liked her in this one. She actually reminded me of my cousin's teenage daughter. I watched it on Kanopy.

Least Favorite Film: The Sharkfighters wasn't very good. Some of Number One was good but then some was like ??
Favorite Movie: Tough Guys was really funny. Eli Wallach was hilarious, especially the part where he picks up the walker. Also Brief Encounter and Falling in Love.
Favorite Quote:

A dream is alright. It's an island everybody can sail to. But you can't stay on it or make a life on it. 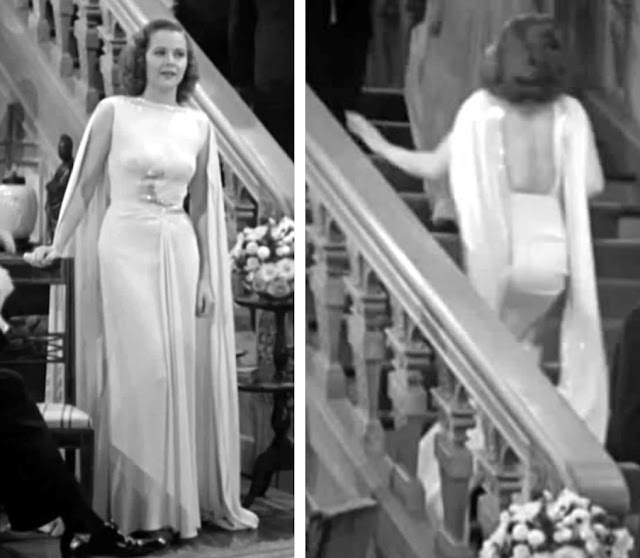 I hope I spot this gown from Maisie was a Lady (1941) in another movie someday!
It looks like it has a sparkly crescent moon on the front. And love the back too!
Posted by Phyl at 5:00 AM 1 comment: