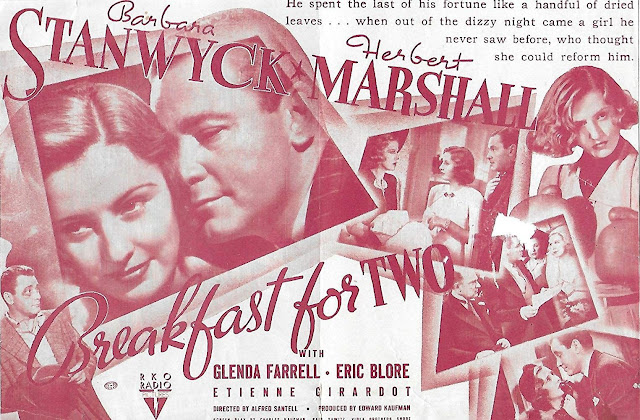 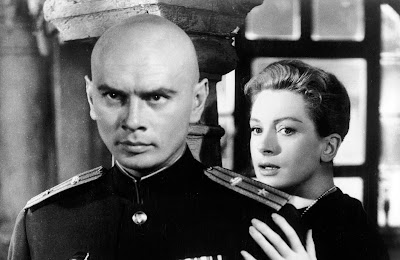 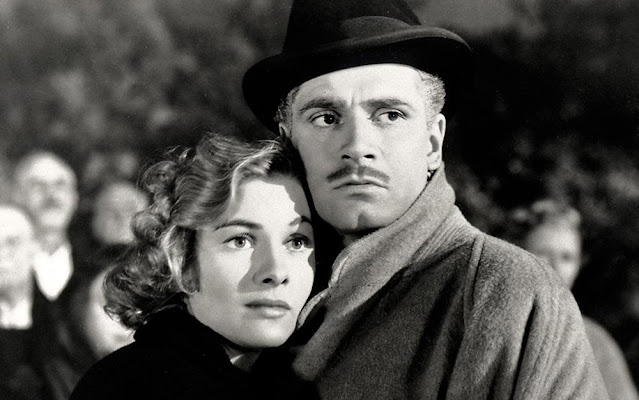 Last week I realized that the new Netflix adaptation of Daphne Du Maurier's Rebecca was about to drop so I finally pulled out my copy of the original novel to read first. Now, my introduction to the story was with Alfred Hitchcock's 1940 classic starring Laurence Olivier and Joan Fontaine as Mr. and Mrs. De Winter and Judith Anderson as the creepy Mrs. Danvers. It's such an amazing movie, as I'm sure many of you will agree. The book was equally amazing. Only a few chapters in I was already dreading getting to the end. It is exquisitely written, with descriptions that would have made it come alive even if I had not already had seen the visual masterpiece that came about with the Hitchcock/Selznick adaptation. 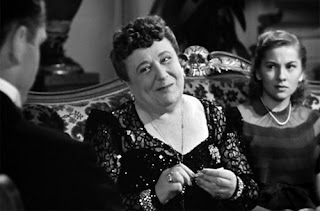 One of the things that immediately struck me was how faithful the movie was to the novel. We have David O. Selznick to thank for that. Another was that Florence Bates WAS Mrs. Van Hopper. She is probably the most perfectly cast character in the 1940 film. Yes, even over Mrs. Danvers, as brilliantly portrayed by Judith Anderson. As I read, I never fully imagined Olivier and Fontaine in the roles. Most of the characters are described slightly different in the novel than the stellar actors that portrayed them in the film. The cast is ridiculously talented. I mean, George Sanders, Reginald Denny, Gladys Cooper, C. Aubrey Smith... I could go on. The most notable character differences were with the Favell character, played in the film by Sanders, and the old servant Frith. Frith seemed a tad more sinister in the novel. In the film he definitely seems more kindly. Jack Favell is described vastly different from the suave George Sanders. Here is the introduction to his character:

He was a big, hefty fellow, good-looking in a rather flashy, sunburnt way. He had the hot, blue eyes usually associated with heavy drinking and loose living. His hair was reddish like his skin. In a few years he would run to fat, his neck bulging over the back of his collar. His mouth gave him away, it was two soft, too pink. I could smell his breath from where I stood. He began to smile. The sort of smile he would give to every woman.

One has trouble seeing Rebecca even associating with him! 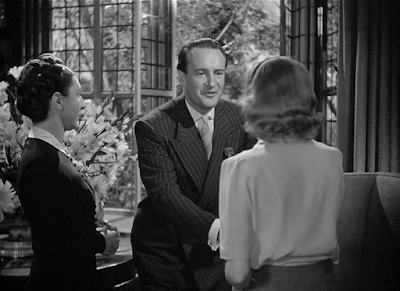 I wish I had a gif of this moment. Sanders even jumps through the window gracefully!

The character of Frank Crawley, played by Reginald Denny, seems less sophisticated and rather socially awkward in the novel but always a gentleman and very tactful. It's hard to imagine Denny being awkward. He plays Crawley quiet and dependable.

The other big change from the novel seems to be Manderley itself. Throughout the book it mentions its "perfect symmetry. In the film, while Manderley is extremely impressive (it was a large model built on a table) it is rather rambling, with nothing being repeated in its outward design. The interior however is very symmetrical, with its central staircase in the great hall with rooms and passages leading to the east and west wings. 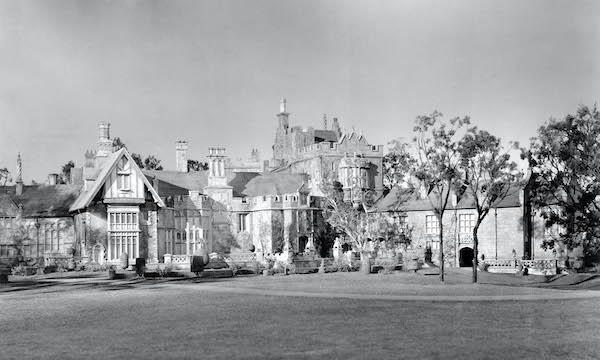 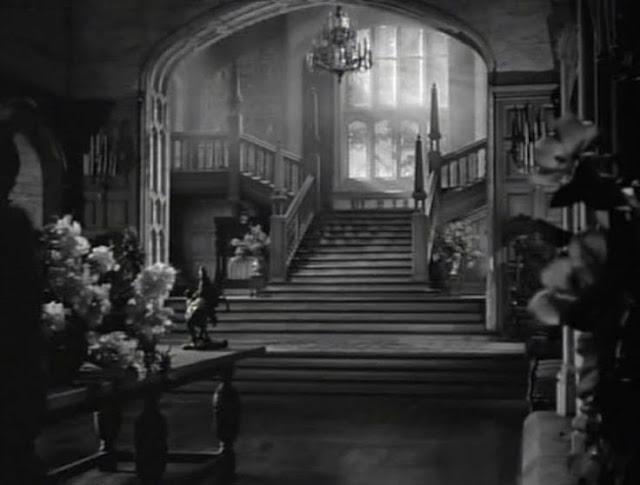 I revisited the film after reading the book and was surprised that the novel was almost entirely there (only chapter 15 where Mrs. De Winter meets Maxim's grandmother was left out ). Sometimes a different character said a certain line or the action took place in a different room, but it was virtually all there exactly as it was in the book. However, after reading the slow-pace novel with its many descriptions of Manderley and the grounds and Mrs. De Winter's thoughts, the film seemed to rush a little, with sometimes several chapters condensed into fifteen minutes. And the film is over two hours long!

Warning! If you have not read the novel or watched the

1940 film yet you may want to skip the next two paragraphs.

There are two major departures from the novel in the film, one of them a direct result of the Hays Code. In the novel, Maxim actually kills Rebecca - he shoots her after she tells him she is going to have a child, which is of course a lie. In the film, Rebecca's death becomes and accident, as a character cannot go unpunished in a film if he commits a crime according to the Hays Code.

The second difference is the fate of Mrs. Danvers. Who can forget that terrifying scene when she sets Manderley on fire and stands there in Rebecca's room surrounded by flames with that creepy smile on her face? In the book she still sets fire to the De Winter ancestral home, but she doesn't stay and die. One knows this immediately upon reading the novel as Mrs. De Winter wonders where she is in the first chapter.

I almost didn't want to watch this version, despite my initial excitement when I first learned of it (I like both Armie Hammer and Lily James), as the novel was SO GOOD! But I decided to watch it anyway and... stopped after 30 minutes. It was underwhelming, crude, and in general not very well made. The early interior shots of Manderley looked like they were trying to go for a horror movie look but minus the horror? I don't know. They DID get the symmetry of the exterior correct. 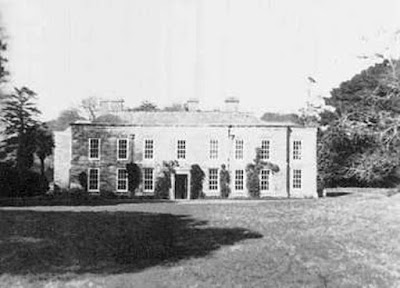 Menabilly, Du Mauriers home that she based Manderley on.

Manderley 2020
I thought Mrs. Danvers would be the character I would be most critical of, but her portrayal by Kristin Scott Thomas seems fine. I HATED Mrs. Van Hopper. 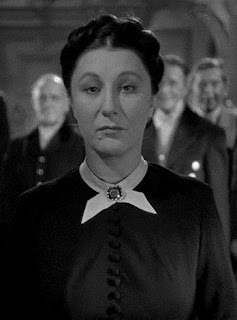 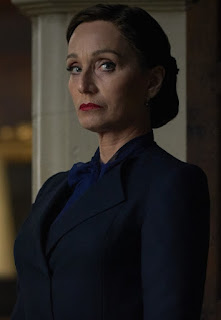 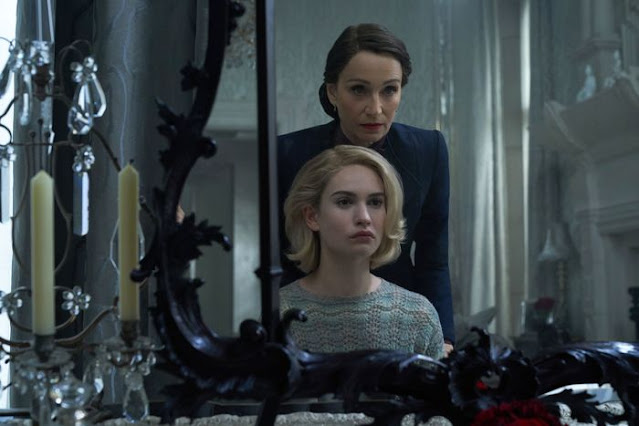 I didn't get this far of course, but the creative choice of changing the dress pitured below from white to red is baffling to me. The irony of Rebecca wearing the white dress is that, while she may have fooled everyone around her but her husband, she was definitely not innocent and sweet and virginal like the white gown suggests, whereas it IS perfect for the second Mrs. De Winter (Fontaine). Changing it to a more seductive red dress takes that underlying meaning away and the viewer is easily able to imagine Rebecca flaunting herself in it. 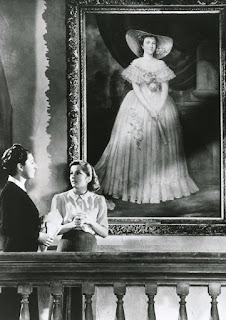 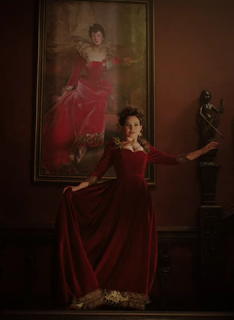 I may still finish this film one day. If it had been an original story I probably would have watched it and liked it, loved it even. If you look at the films I watch every month you've most likely noticed I rarely watch anything from this century, and if I do it's usually a rewatch (or it stars a current crush). As movies rely more and more on sex, crude humor, and excessive violence to entertain their audience, I find myself staying away from them more and more. There are many times when I see a movie trailer that looks really good but then I discover it has nudity or lots of violence so I decide not to watch it. And if I DO end up watching it I'm quick to use the skip/fast-forward button. 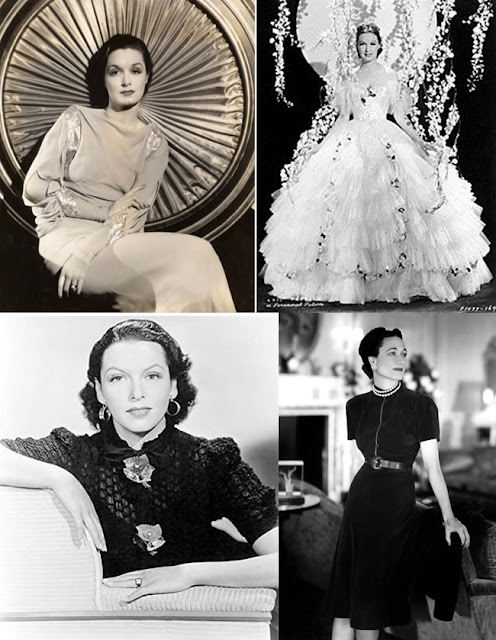 Who do you imagine Rebecca to be when you watch the film or read the novel? Who would you cast as Rebecca if a prequel had been made? I have always subconsciously imagined a combination of  Gale Sondergaard and Gail Patrick and, suddenly realized recently, Wallis Simpson! A friend of mine imagines Vivian Leigh in the role (she tested for the lead role of the second Mrs. De Winter but was all wrong for the part). I could also easily see Joan Crawford playing Rebecca if Hollywood had made a prequal in the early 40s. Many of her characters in the 30s were likable yet, as we see in The Woman (1939) she could also play the "There's a name for you ladies, but it isn't used in high society... outside of a kennel" type.

In which adaptation is her presence most strongly felt? Which version is your favorite (there is also a 1997 TV movie which I have not seen). Did you watch the 2020 version?