Can you guess why I revisited this one? ;)

Well, I have TCM again (signed in with my Aunt's account). I went to visit my aunt on Long Island for an entire month and, as you can see from all the * I've mostly been watching movies I've already seen with her. A couple she remembered vaguely having seen before but I was able to introduce her to some "new" films. Her favorite seemed to be Theodora Goes Wild ;)

While on Long Island I got to visit a couple movie locations. I've already posted about visiting Jones Beach, the setting for The Girl From Jones Beach (1948), but I've updated it so be sure to check it out again! I also got to go to Old Westbury Gardens. The house there was used as James Mason's mansion at the beginning of North By Northwest (1959). That post will be coming shortly (after my blogathon).

Now to the films I watched:
Least Favorite Movie: Almost all the films I watched were old favorites. Out of the new-to-me movies I watched the only one I didn't "love" was Always Together, mainly because I can't stand storylines where the wife divorces the husband without letting him explain what really happened, causing herself to look foolish when she finally learns the truth. Tish had a similar non-communication problem, though I enjoyed it more.


Favorite Movie: Again, all favorites but I greatly enjoyed The Ghost Goes West with Donat in a double role as well as Night Train to Munich. Also, why wasn't Harry Belafonte in more movies??? I watched Odds Against Tomorrow for Robert Ryan but found myself focusing on Belafonte (whose Calypso record was incidentally a favorite of my brother's and I growing up in the 90s). You can find the entire film (in two parts) on YouTube. 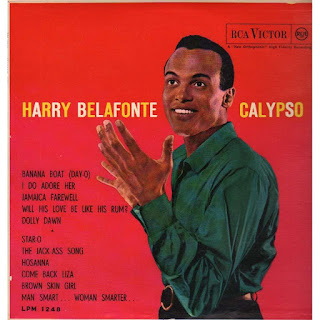 The Remake of the "They Remade What?!" Blogathon has Arrived!! 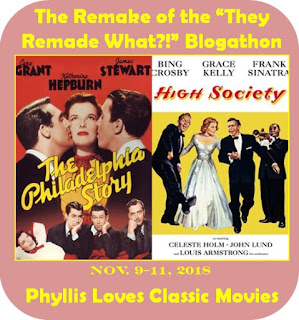 Today is the day! The Remake of the "They Remade What?!" Blogathon has finally arrived!!

The Story Enthusiast kicks off the day with The Male Animal (1942) and She's Working Her Way Through College (1952).

The Midnite Drive-In takes things in a heavenly direction with Here Comes Mr. Jordan (1941) and Heaven Can Wait (1978). 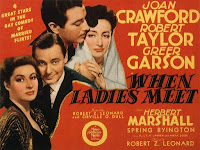 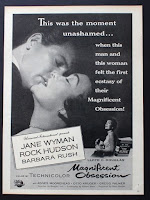 Critica Retro issues a warning for watching both versions of Magnificent Obsession (1935 & 1954) back-to-back.

Realweegiemidget Reviews takes a look at when a classic film-star-riddled TV show is remade with TV...A Dynastic Disaster or Delight.?

The code clearly didn't apply to poster art lol
Top 10 Film Lists shows us how the code effected remakes with a look at Red Dust (1932) and Mogambo (1953). 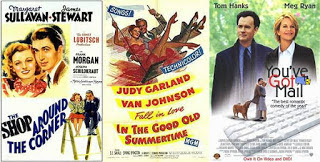 Movies Meet Their Match takes on the challenge of comparing The Shop Around the Corner (1940) with it's subsequent remakes (plural!).

Back to Golden Days takes us back to the heavens and closes the blogathon with A Guy Names Joe (1943) and Always (1989).

A huge thank you to all who participated!! I hope to bring this blogathon back in a couple years. Now to read these!
Posted by Phyl at 10:39 AM 12 comments: