Announcing the Remake of the "They Remade What?!" Blogathon 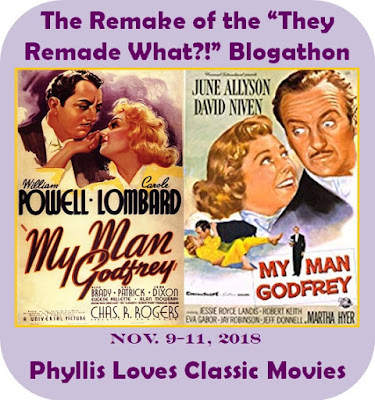 My first ever blogathon was the "They Remade What?!" Blogathon in October of 2015 and I have decided it would be fun to bring it back, or "remake it" ;) It's a little late to have it on the same days, so this one will run from November 9-11!

Below is a short list of remakes to get you started (You can also look at the films listed in the original post and to see what bloggers wrote about for the "original" blogathon). Please make sure the original film was made before 1970 or whose principal actors are from the Golden Age of Hollywood (ex. Murder on the Orient Express - 1974). The remake of course can be up to the present (A Star is Born anyone?). Book adaptations almost always have several versions - I didn't allow them in my first blogathon but this is a "remake" so I've changed it ;) Also keep in mind foreign films remade in the US, some with the same actors (A Woman's Face, Intermezzo, etc.).
Once you've chosen your remakes, leave a comment below with the titles you will be writing about and the LINK TO YOUR BLOG. So many of your profiles go to Google+ and I can't always find the name of your blog.

There are plenty of remakes to go around so NO DUPLICATES please (unless the film has been remade more than twice like the above-mentioned A Star is Born and someone is only covering the Garland and Streisand version or the Pickford and Gaga version).

Use one of these banners to advertise on your blog! 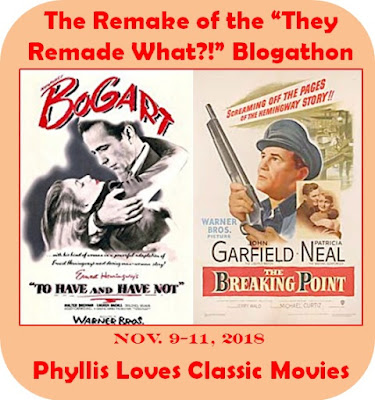 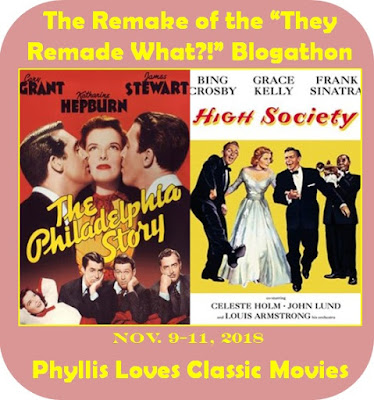 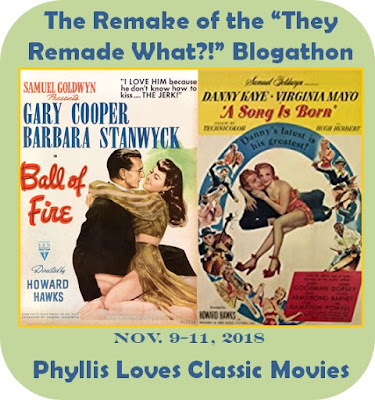 
I'm in the path of Hurricane Florence (hopefully my area will just get rain) so if you don't see me adding you to the roster in the next few days it may be because my power is out. I should be fine though as I'm pretty far inland. All we got was two days of regular rain.
Posted by Phyl at 8:00 AM