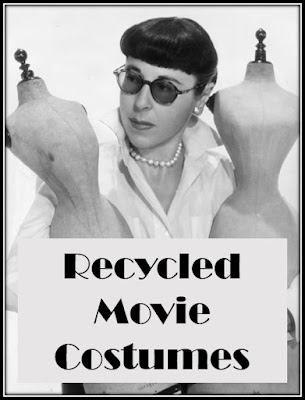 Long time no see!! Spotted several recycled costumes this month so I finally sat down and put together a post.

The Movies! channel had a commercial for Ida Lupino movies they were airing this month and I instantly recognized this unique gown from The Man I Love (1946) as one I had saved on pinterest on another actress. 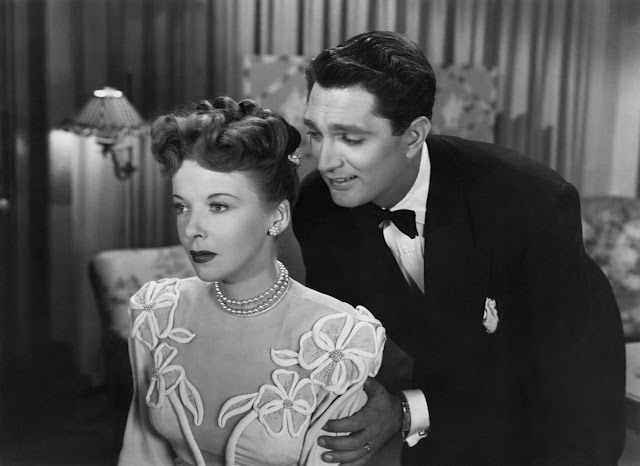 Here it is seen in a publicity photo on Alexis Smith. I wonder if she wore it in a movie? She was five inches taller than Lupino so if she did it may not have been shown full length. 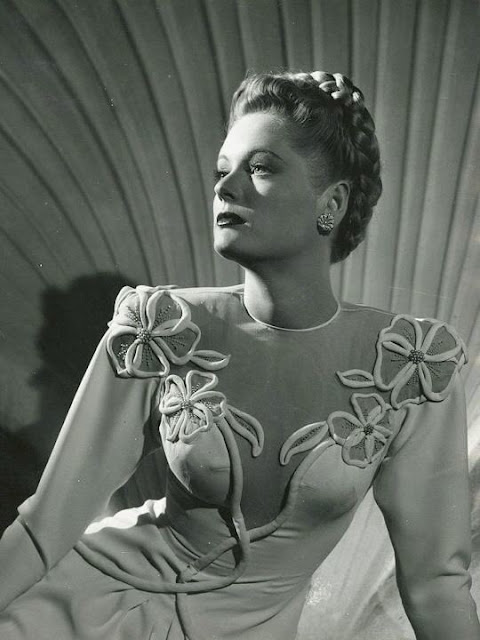 First up, I was skipping through The Merry Andrew (1958) to take screenshots of a wedding gown and, in doing so, happened to spot two Esther Williams costumes!

This swim cover-up cape from Bathing Beauty (1944) is one of my favorite film costumes, so I instantly recognized it on a rack of circus costumes! 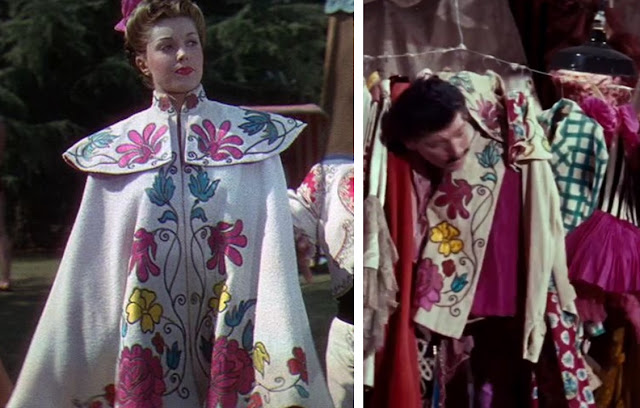 The bright pink and black and white striped costume looks familiar too...

In the wedding gown scene, I spotted this red sparkly bathing costume from Million Dollar Mermaid (1952) on an extra.

Whenever I watch an RKO movie I keep an extra sharp eye out for recycled costumes, so when I watched Maisie was a Lady (1941) I was rewarded with five!

First was this extra in a very short scene wearing one of Jeanette MacDonald's gowns from Sweethearts (1938). I was actually surprised I spotted this one! 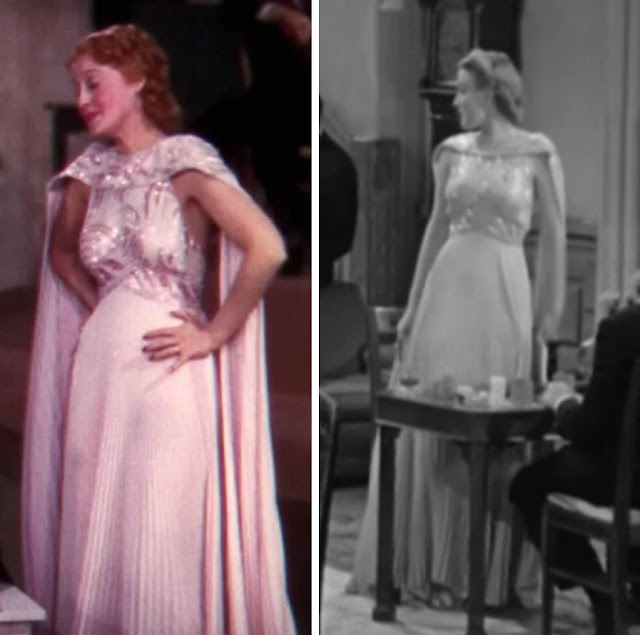 In the same scene, I recognized this gown as being the same worn by Joan Crawford in Susan and God (1940). As I was looking on pinterest for a picture of it to share on Twitter, I was reminded of other costumes in the movie, which I then also spotted in Maisie was a Lady. 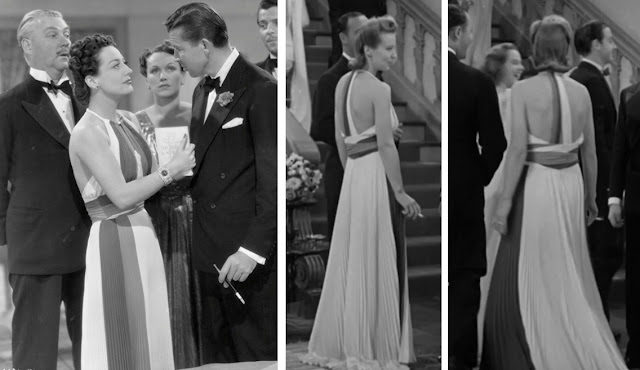 They both appeared in a breakfast scene. There was another dress of Crawford's: 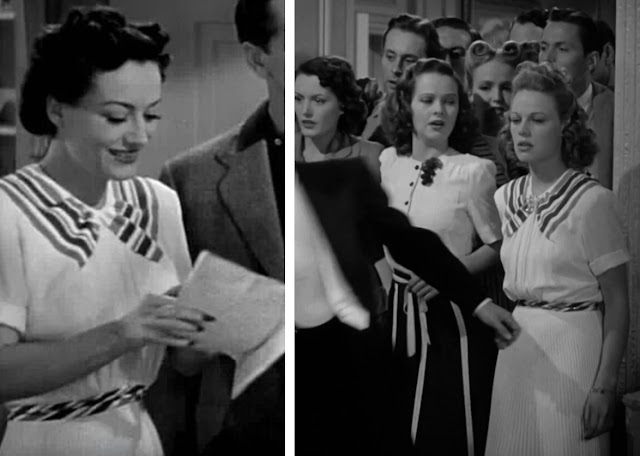 And one worn by Rita Hayworth: 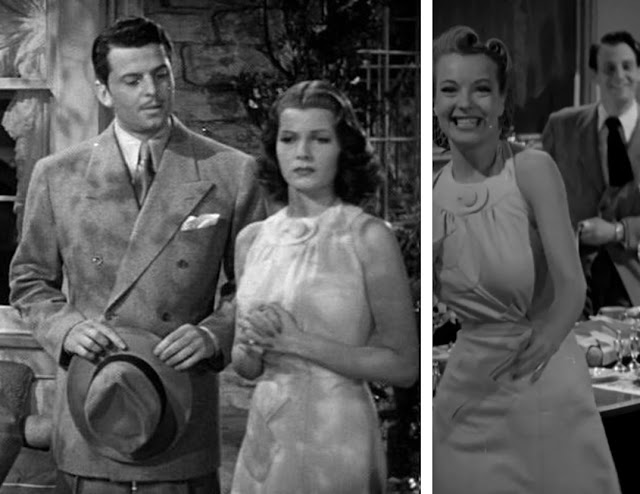 The last one was a set of matching gowns worn originally in Broadway Melody of 1938 (1937), which I shared in my very first Recycled Costume Roundup (a year ago!). I updated that post (scroll almost to the bottom of the post). 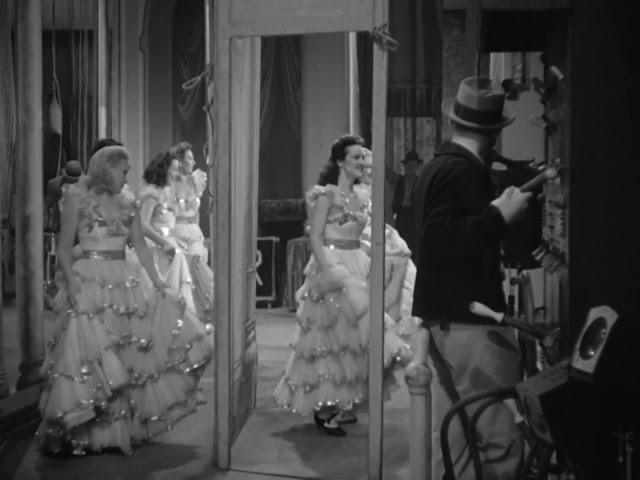 I hope you enjoyed this post! Have you spotted any recycled costumes this month?