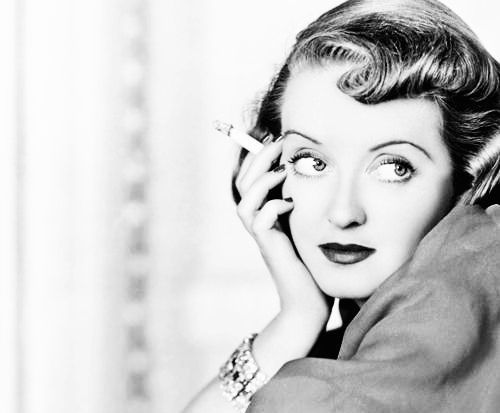 Bette Davis is a powerful force. Any time she is on the screen she dominates it. If she is in a film it instantly becomes a "Bette Davis Movie."

Davis is an actress that I came to relatively late, as in, she wasn't an actress of my childhood. When I became interested in her, I set out to watch as many of her films as I could. I watched The Petrified Forest, Jezebel, and Of Human Bondage, all which were touted to be great performances by her (the latter two especially). But I didn't really like them. I thought I liked Crawford better. Then I watched more Davis. And now it is safe to say I prefer her eyes over Crawford's shoulder pads ;)

Anyway, out of the 19 (is that it??) films of Bette's that I have seen so far, here are the ones that made the cut:

What are your favorite Davis films? Or do you prefer Crawford? Also, check out my post of Davis's television appearances.
Posted by Phyl at 5:36 PM