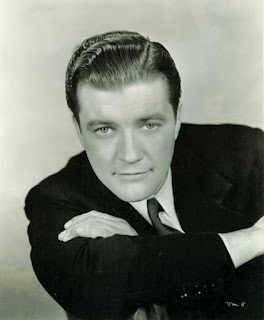 Dennis Morgan is one of my favorite actors. I first discovered him (probably along with most of you) in Christmas in Connecticut (1945), the Christmas classic starring Barbara Stanwyck. I quickly started watching more. His most frequent co-star was Jack Carson. I have previously written about both men. You can read my post on Dennis Morgan here (along with descriptions of most of these films) and Jack Carson here.

Have you seen Morgan in any movies other than Christmas in Connecticut?
Posted by Phyl at 11:59 AM