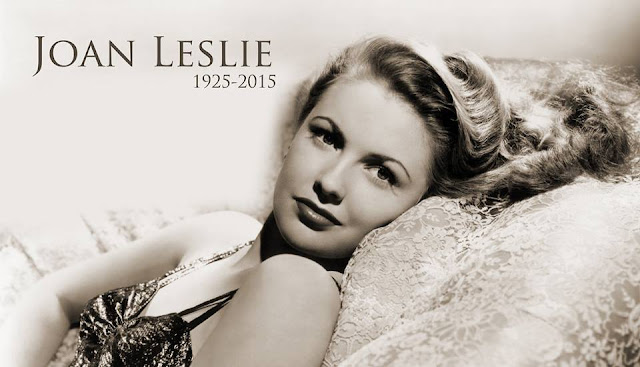 Joan Leslie passed away at the age of 90 this past Monday, October 12th, in Los Angeles. Read more about her on The Telegraph.

Born Joan Agnes Theresa Sadie Brodel on 26 January 1925 in Detroit, Michigan, she began her career early as a child performer. In 1936 she appeared in films under her real name. Her first big film was High Sierra (1941) with Humphrey Bogart and Ida Lupino. It was also the first film that she was billed as Joan Leslie.

She played mostly good girls and had an innocent "girl next door" quality. In 1950 she married Dr. William G. Caldwell with whom she had twin daughters Patrice and Ellen (both now doctors teaching at Universities). She retired from acting to raise them, occasionally guest appearing in TV shows, and returning to film in the 70s appearing on television and TV movies. She retired a second time in 1991. Her husband died in 2000. 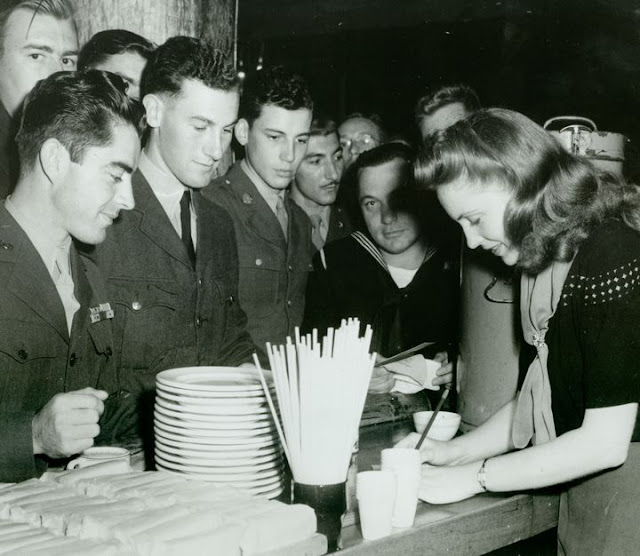 Signing autographs at the Hollywood Canteen
All images found via Pinterest
Posted by Phyl at 6:51 PM