John Wayne and the Two Pedros

John Wayne films generally have in their cast of characters either Indians or Hispanics/Mexicans. The Mexicans generally fared better than the Indians as they were more likely to be on the same side as the Duke. When I learned of this Blogathon the two actors that sprang to mind were the two Pedros: Pedro Armendariz and Pedro Gonzalez Gonzalez. 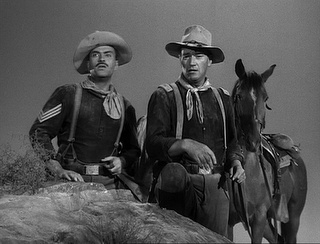 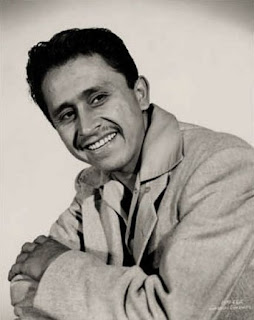 Pedro Gonzalez Gonzalez was (supposedly) in six John Wayne films, as Wayne was the one who spotted him on Groucho Marx's quiz show, You Bet Your Life and signed him with his production company. His most famous role in Howard Hawk's  Rio Bravo (1959). He plays a hotel owner and provides much of the humor in the film. His other Duke films include The High and the Mighty (1954), The Wings of Eagles (1957), McLintock! (1963), Hellfighters (1968) and Chisum (1970). His son, Pedro Gonzalez Gonzalez Jr., starred alongside him in McLintock! It's been a while since I have watched some of these films but I only remember him in Rio Bravo (check out some behind-the-scenes photos from that film here).

If you're a John Wayne fan you read more posts on him here.

This post is part of the Hollywood Hispanic Heritage Blogathon hosted by Once Upon a Screen. Be sure and read all of the other posts honoring these few but great actors from south of the border.