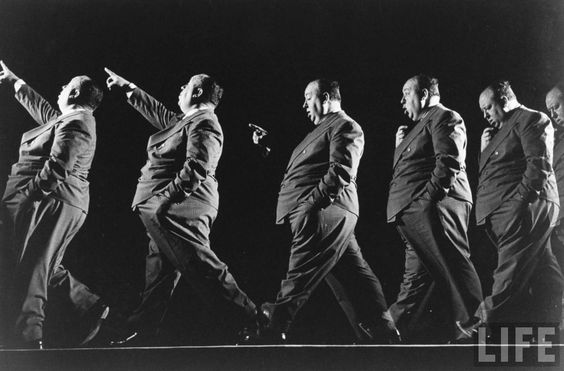 Eva of Coffee, Classics, and Craziness is hosting a fun Alfred Hitchcock Blogathon right now that started today and ends Saturday. She has also posted a fun tag for everyone of the following questions and since I love answering questions like this, here they are! (Btw, my post for the blogathon can be found here.)

1. What was the first Hitchcock film you ever watched? I don't remember but it was probably Rear Window that I watched first in one sitting. 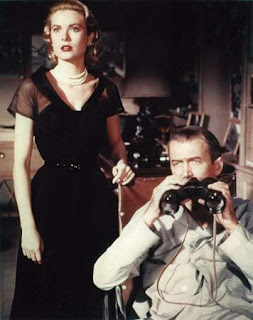 2. What’s your favorite Hitchcock film? There's several that are up there: Rebecca, Mr. and Mrs. Smith, Shadow of a Doubt, Notorious and The Trouble with Harry but it was Strangers on a Train that started my interest in Hitchcock. I had only seen his more famous films before (Rear Window, To Catch a Thief, Vertigo, North By Northwest) none of which I particularly like. Psycho and The Birds are favorites too but not really ones I would want to watch a lot.
3. What’s your least favorite Hitchcock film? Vertigo. I've never been a huge fan of James Stewart, though I like several of his movies, and I don't really like Kim Novak.
4. What’s your favorite Hitchcock cameo? Either Lifeboat or Strangers on a Train. 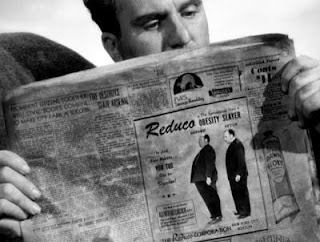 All of Hitchcock's cameos
5. Who’s your favorite Hitchcock villain? Joseph Cotten in Shadow of a Doubt. 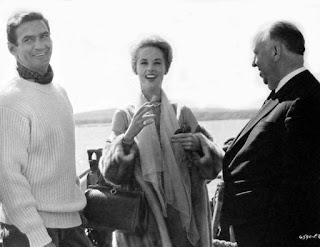 8. What’s your favorite Hitchcock quote? Edmund Gwenn in The Trouble with Harry [after Dr. Greenbow trips over the body]: Couldn't have had more people here if I'd sold tickets.
9. And, finally, how many Hitchcock films have you watched? 21 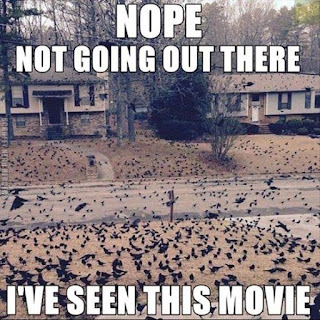