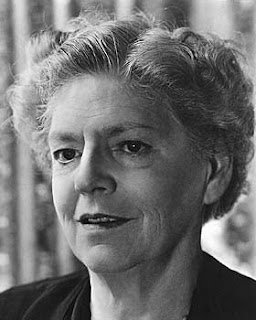 Johnny Trouble (1957) is Ethel Barrymore's final film and the second film I saw of hers (the first was Portrait of Jennie in which she has a somewhat minor but still important role). It is also the last film of director John H. Auer. The only other "big" name in the film is Carolyn Jones of the later Addams Family fame. The title character is played by Stuart Whitman (The Comancheros). It was his first leading role. Fun Fact: he was considered for John Gavin's role in Psycho (1960). The film, though not well known, is still worth watching and is yet another emotionally outstanding performance by Miss Barrymore. 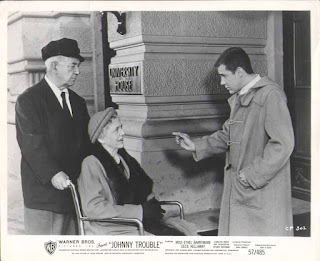 Katherine Chandler (Barrymore) is a widow who lives alone with her faithful butler/chauffeur/caretaker Tom (Cecil Kallaway) in an old apartment building that is being turned into a boys dormitory for a nearby college.

Mrs. Chandler, who is wheelchair-bound, refuses to move from her home. The college gives up and lets her stay. This causes some unique problems for the boy, as they have to be warned to clear the halls so she won't see them walking to and from the shower and they have to keep the noise down when she's sleeping. The boys soon all grow to love her and fit right in with her routine, like carrying her wheelchair down the stairs when the elevator is removed. They also try harder to live up and be the honorable young men she believes them to be. She truly brings out the best in them, not to mention she also invites them to tea every week. 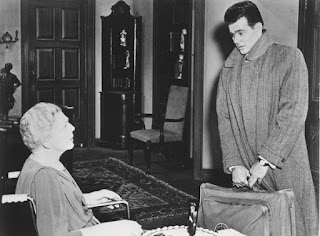 One day Mrs. Chandler hears about a troubled student named Johnny Chandler (Whitman). She wonders if he could be the grandson of her only son, who had run away after being expelled from school so many years before. She sets out to befriend him, which isn't easy with his explosive temper. He's a war vet, a marine, and a little older than the other students. He doesn't know why the old lady keeps bothering him but the other guys won't let him disappoint her. She's like a grandmother to them all.

One evening Mrs. Chandler meets Johnny's girlfriend, Julie Horton (Jones) when she climbs through her apartment window, so she won't be caught in an all-boys dorm where she was visiting Johnny. While Mrs. Chandler doesn't approve, she befriends the young woman too and allows her and Johnny to meet at her apartment - while she's there of course. Johnny is grateful and begins to like the old lady, though it puzzles him why she chose him as her special friend and why she always asks questions about his childhood and parents. 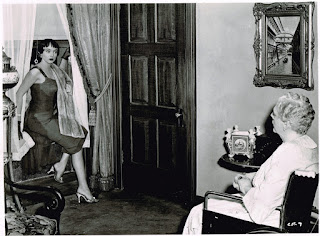 Before the school year is out, Julie discovers she is pregnant with Johnny's child. Johnny plans to leave both Julie and school until Mrs. Chandler guides him into seeing that he really loves Julie and he should marry her. Julie is of course very grateful.

The end of the film is very emotional and beautiful. Luckily, the entire movie can be watched here for free! It can also be downloaded. There are over 500 hard-to-find/ not-on-dvd films on this site.

Every Ethel Barrymore fan should watch this film. If you haven't seen much of her work, this is a good film to watch. She transforms a mediocre film into something beautiful.

This post is part of The Second Annual Barrymore Trilogy Blogathon hosted by In the Good Old Days of Classic Hollywood. Be sure to read all of the other posts on this talented family! Also check out my post on The Spiral Staircase (1945). 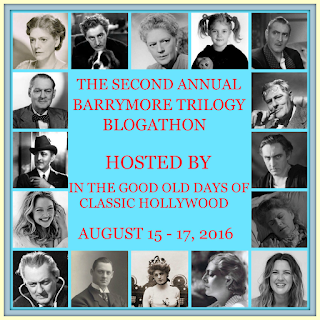