Summer Under the Stars Day 3: The Fuzzy Pink Nightgown (1957)

Well, it's been about a month since my last Netflix Monthly Movie, so here is another one that just happens to feature todays Summer Under the Stars honoree, Adolphe Menjou. The film is The Fuzzy Pink Nightgown (1957) starring Jane Russell as "the movie star" and Menjou is her agent. 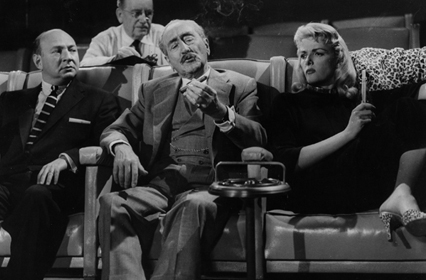 Looking very much like her character in Gentlemen Prefer Blondes (1953) when she is dressed up as Lorelie (Marilyn Monroe) in a blonde wig, Russell plays Laurel Stevens who is kidnapped on the way to the premiere of her latest film, "The Kidnapped Bride." At first she thinks it's a publicity stunt. But when the men act rougher than they should, she realizes what is happening. 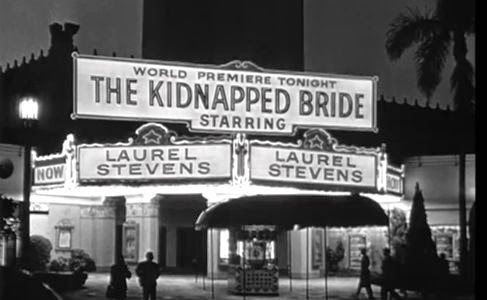 Keenyn Wynn  and Ralph Meeker play the "bad guys." I put it in quotes because this is their first kidnapping job, and they aren't very good at it. Laurel Stevens uses her feminine wiles to try and escape but nothing works. 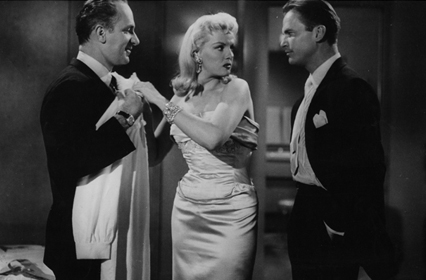 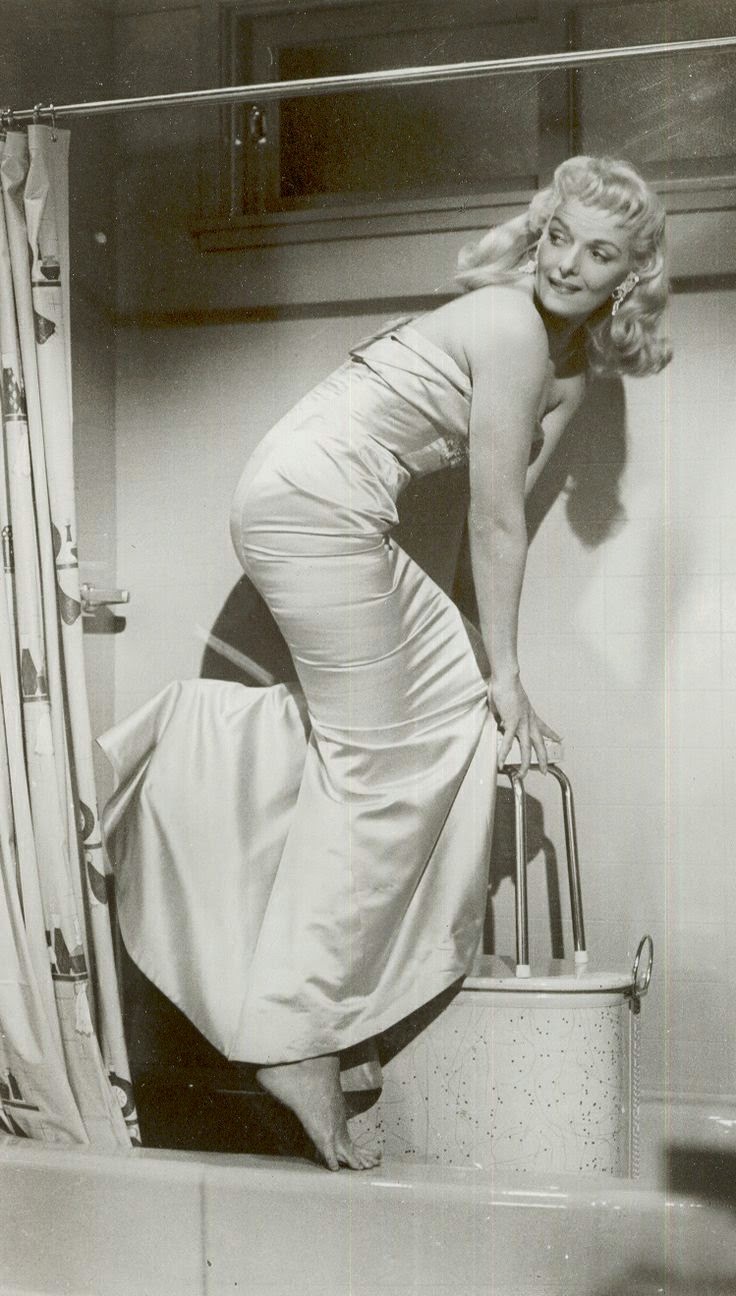 They give her a nightgown to wear and tell her to go to bed while they wait to send their ransom note. It looks like this: 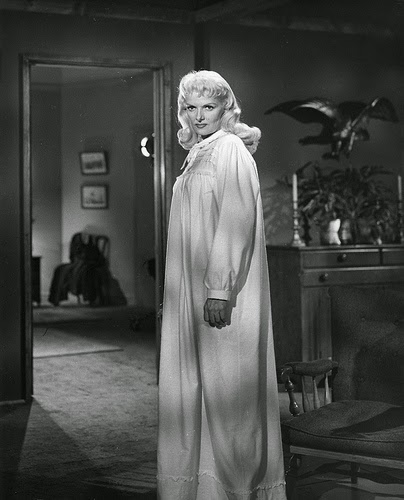 Not like this:
I wouldn't wear that fuzzy pink thing on a bet.
The boys then talk about ransom. They tell Laurel they're going to ask for $50,000. She becomes indignant, saying she's worth at least $500,000. She also tells them that if they don't make this look like a legit kidnapping, her fans will shun her for doing a cheap publicity stunt.
The next morning the boys get a visit from Sergeant McBride (Fred Clark). He's checking up on Mike (Meeker) whom he had wrongfully sent up to the big house for four years. He's about to leave when a woman's voice calls from the bedroom: Laurel. She comes out and... 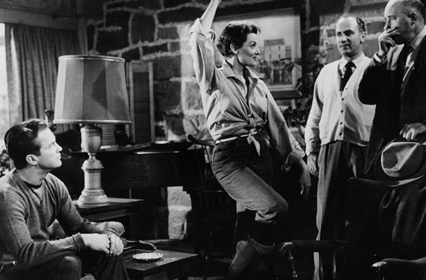 Surprise! She suddenly has an Audrey Hepburn haircut! Turns out the blonde hair was a wig. She introduces herself to the sergeant as Rosie. 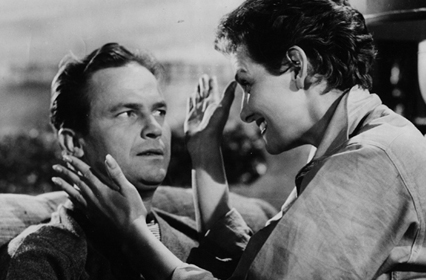 After the sergeant leaves, Mike starts to fall in love with the real Laurel Stevens, the one without the wig. When he realizes he's going to ruin her career that she's worked on for eight years, he sets out to make the kidnapping look as real as possible. Only now Laurel doesn't want him too. 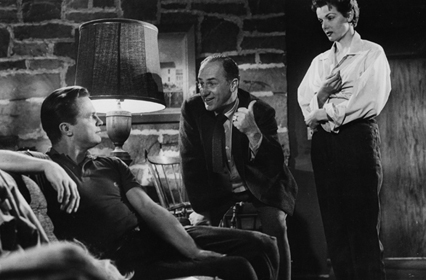 How will they get out of this perdicament?
This is a movie worth watching. It's not hilarious but it's funny. The performances are good and I really liked the house and beach setting. 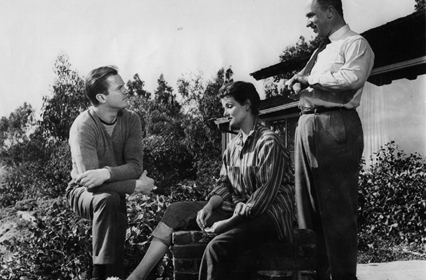 There was also a Fuzzy Pink Nightgown Beauty Contest. Here are some TWA stewardesses posing in their nightgowns (Wynn's character worked at TWA when he wasn't being a kidnapper). 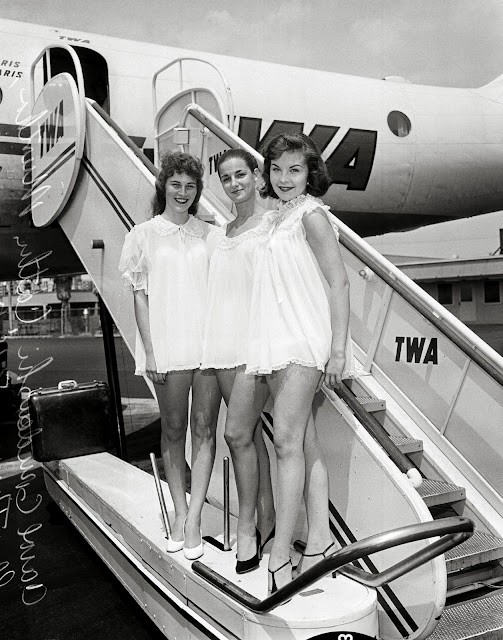 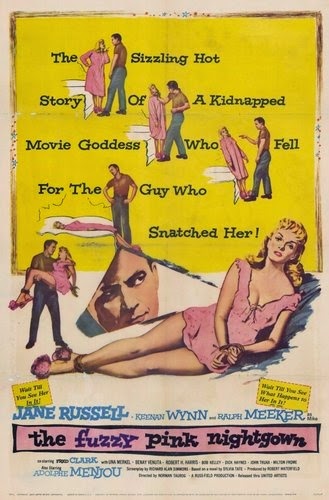 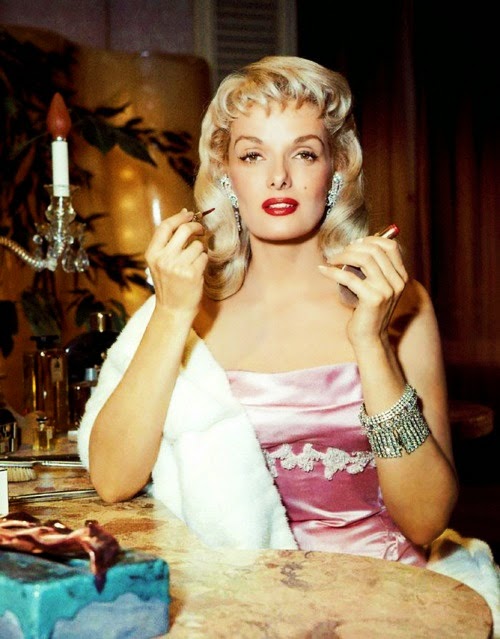 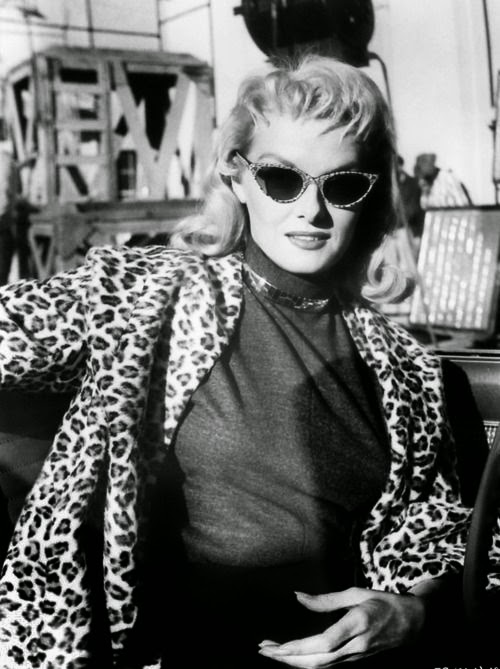 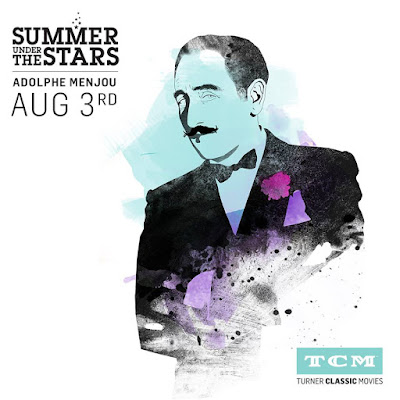