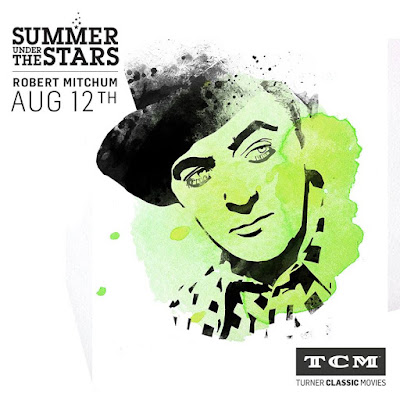 Robert Mitchum is todays focus on TCM's Summer Under the Stars. He was an "underrated American leading man of enormous ability, who sublimated his talents beneath an air of disinterest" (source). First of all, did you know he can sing?!? After learning this I started looking at him in a whole new way...
Honey's Lovin' Arms
Too Ra Loo Ra Loo Ral
Little Old Wine Drinker Me
The Ballad of Thunder Road
Apparently he made a couple albums. Check out more search results here!
I've only seen four films with Mitchum: El Dorado and more recently Holiday Affair - also The Longest Day (1962) and one of his early films where he makes a brief but memorable appearance as a soldier on leave in Johnny Doesn't Live Here Anymore (1944) starring Simone Simon. 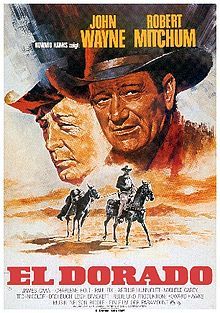 In El Dorado (1966) Mitchum plays a sheriff. A drunk sheriff. And he's very good at it. The films main star is John Wayne and the story is pretty much exactly like Rio Bravo (1959) - which I will be reviewing on the 20th, with Mitchum in Dean Martin's role. It also has a young James Caan. 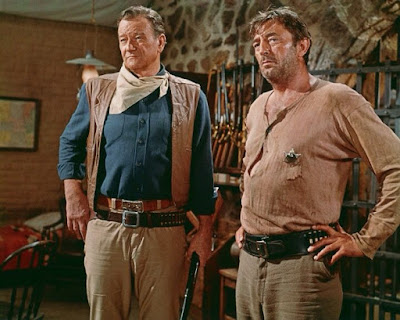 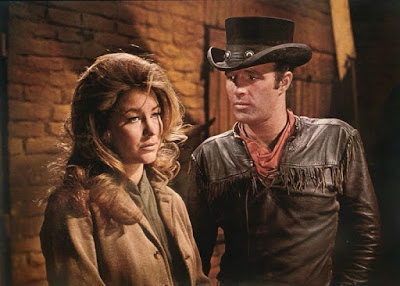 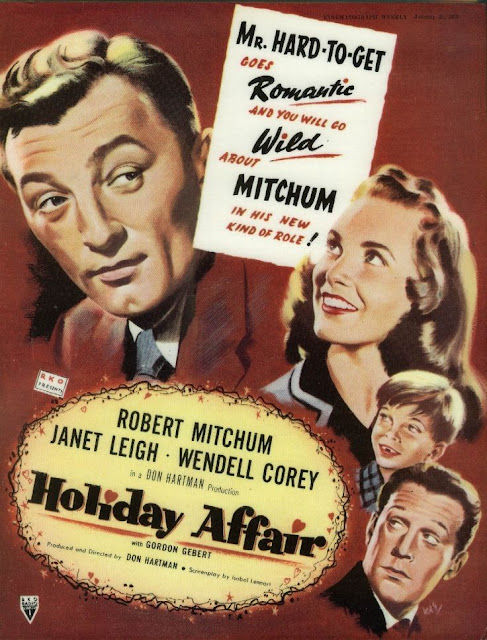 Holiday Affair (1949) stars a young Janet Leigh as a single mother with a little boy. She is a comparison shopper - she buys products from stores and compares them and then returns them. Mitchum knows what she's doing but doesn't bring her to his boss like he's supposed to and ends up losing his job because of it. He doesn't really care though; he's more interested in pursuing Leigh. It's a cute little Christmas movie with the typical two guys who want the same girl (the other guy being Wendell Corey). Guess which one wins. 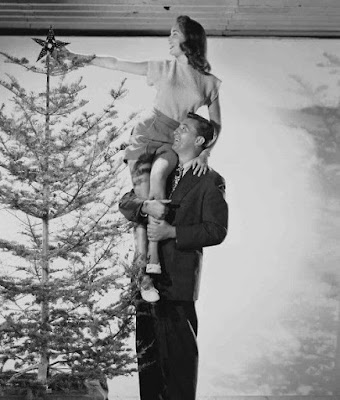 I like Leigh's little apartment in the film, especially the way she displays her Christmas cards (she sure has a lot).


I recommend both films. Neither of them are among my top movies but they are definitely enjoyable. 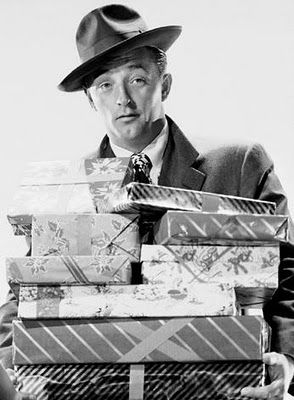 All images found via Pinterest except shot of apartment.
Posted by Phyl at 6:00 AM