Tomorrow is the 100th birthday of Ingrid Bergman (though TCM is showing several of her films today...). It is also the 33rd anniversary of her death. 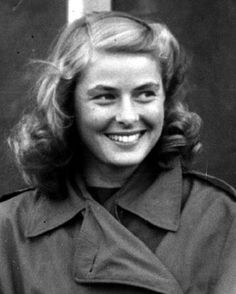 The 5'9" Swedish beauty was born in Stockholm in 1915. Her other died when Ingrid was 2 and her father when she was 12. Ingrid, who went to live with an uncle, became interested in acting when she was 17, after being an extra in a Swedish film. She enrolled in the Swedish Royal theater with her uncle's blessing. She made her break in the Swedish film Intermezzo (1936). David O. Selznick saw the film and put Ingrid under contract. She then reprised her role in Intermezzo: A Love Story (1939). After making three more Swedish films she returned to Hollywood to make Casablanca (1942). It was the beginning of a beautiful friendship. 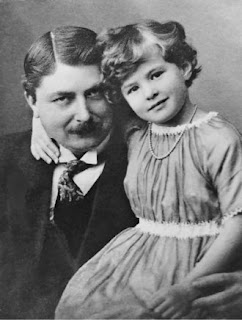 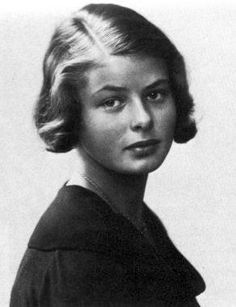 With her father and at age 14 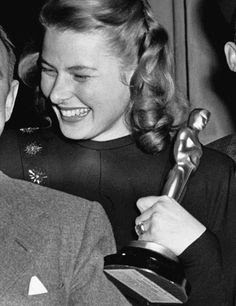 Ingrid was married three times. With Dr. Peter Aron Lindstrom, whom she married at the age of 22 on 10 July 1937, she had one daughter, Pia (born the following year on Sept. 20). 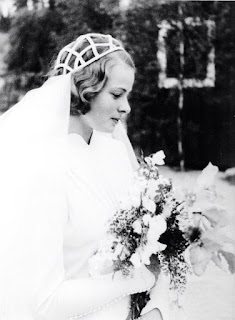 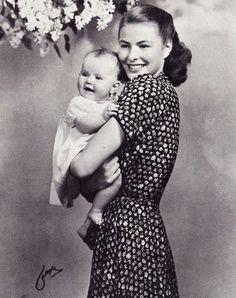 On her wedding day and with her first child, Pia

In 1950 she had her famous affair with Roberto Rossellini, the director of her film Stromboli. Her second child, Roberto Ingmar Rossellini was born 2 Feb 1950. In March, Ingrid and Peter divorced and in May she married Rossellini. They had two more children: twins Isabella and Isotta on 18 June 1952. During this time Ingrid stayed in Italy to make films. All six were with Rossellini. She did not return to Hollywood until 1956 when she starred in Anastasia. 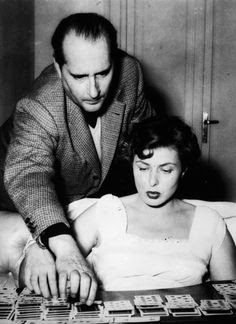 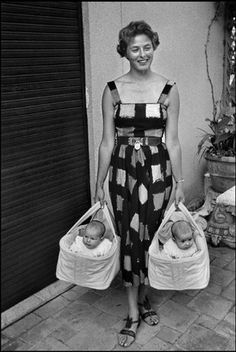 With twins Isabella and Isotta, Rome 1952

In 1957 Ingrid and Rossellini divorced. The following year she married Lars Schmidt. They had their own island in Sweden called Danholmen. They divorced in 1978. 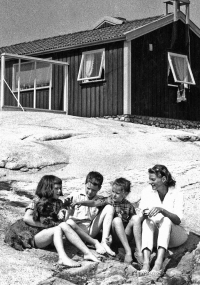 Interesting article on The Appetite of Ingrid Bergman. 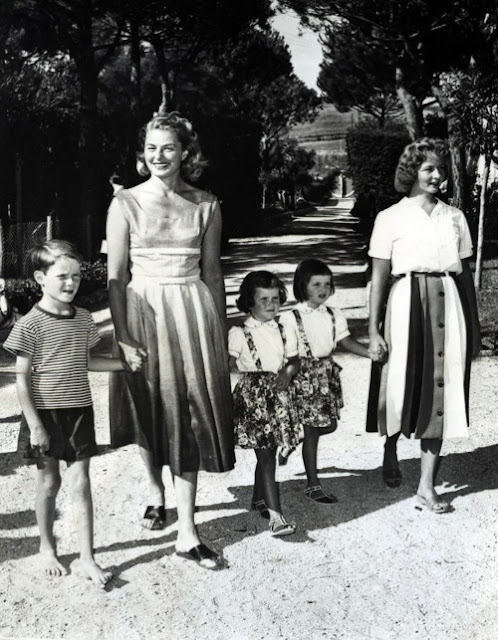 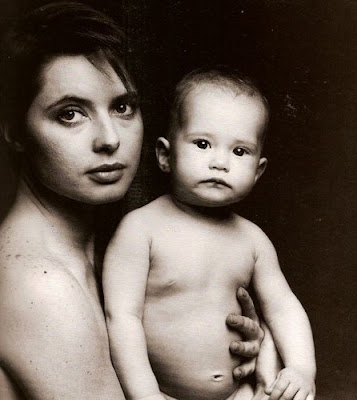 Ingrid's daughter, Isabella, who bears a striking resemblance to her mother,
and her daughter, Elettra
Interview of Elettra with link to family recipe.

In 1980, uged by her children, Ingrid wrote her autobiography, "My Story." She retired from acting in 1982 at the age of 66, after making the mini-series A Woman Called Golda. She died on her 67th birthday, shortly after lymphoma complications following a breast cancer operation. Her ashes were scattered off the coast of Sweden into the sea. 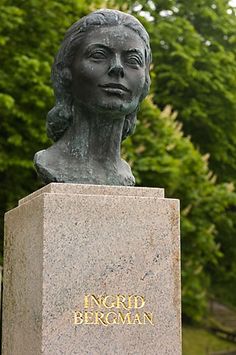 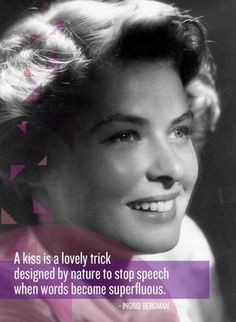 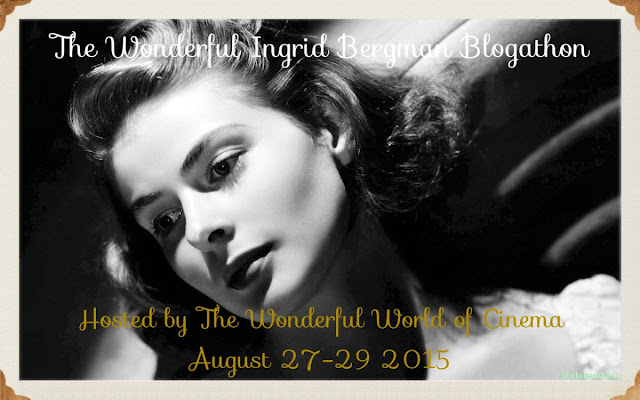 All images found via Pinterest
Posted by Phyl at 12:30 AM