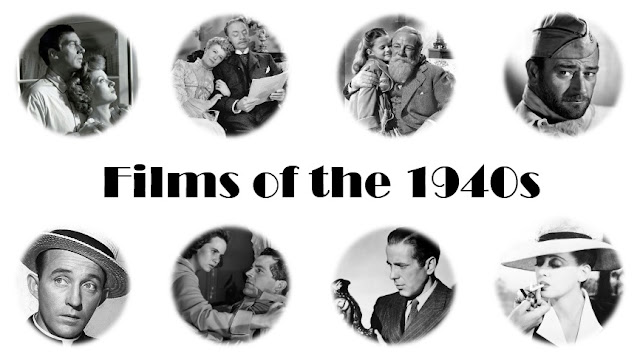 The 1940s - when the Movies went to war. Now, not only did the movies have to entertain, they had to show support of the war and boost morale. During this time, the OWI (Office of War Information) asked all filmmakers to consider these seven questions when making a movie:
Hollywood rose to the challenge, churning out war picture after war picture. Mrs. Miniver (1942) portrayed ultimate patriotism. The Best Years of Our Lives (1946) showed the challenges of returning Veterans. John Wayne won every battle conceivable against the enemy. Many big name stars even served. 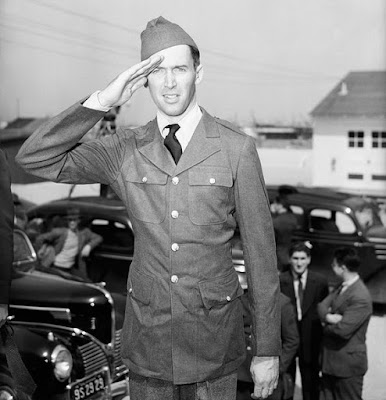 Even Roosevelt approved of the way Hollywood was doing their part. An aide to the President, Lowell Mellett, said "Practically everything being shown on the screen from newsreel to fiction that touches on our national purpose is of the right sort" (Hollywood Goes to War, Roy Hoopes).

The 1940s is the decade with the most films on my list. This one was particularly agonizing to whittle down to a mere ten (as you can see from all of the Honorable Mentions). Also, half of them ended up being Christmas movies (both #4 & 6 are set at Christmas are have a scene at Christmas time). There's also not a lot of war films reflected here. As you an see,  I usually err on the side of comedy. What can I say? I love to laugh!