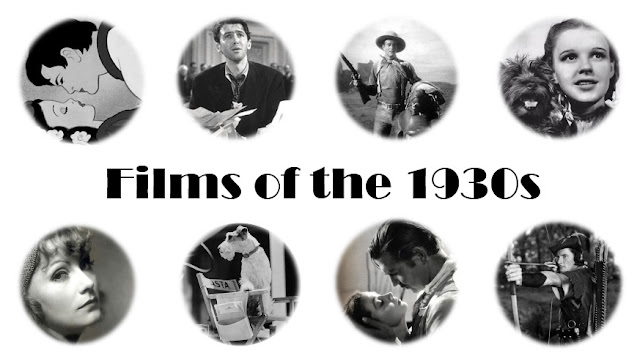 The 1930s were a time of constant change in Hollywood as the movies made the transition to sound and had to find their feet all over again. Some stars were able to make the switch smoothly, many were not. It was a time where it had to be decided what could and could not be shown, of how far was too far. With the institution of the Hays Code came the birth of the Screwball comedy and with it a new kind of zaniness, perfect for coping with the Great Depression. Animation as we know it today took it's first big step with Snow White and the Seven Dwarfs, Disney's first feature length animated picture. Then came 1939, the crème de la crème of motion pictures, with it's classics like Gone With the Wind, The Wizard of Oz, Mr. Smith Goes to Washington, and Stagecoach.

The main question is, how can I choose a mere ten films from such a diverse and amazing decade? I have 95 titles from that decade on my movie list. That means I can't choose 85 of them. Yet choose I must. As in any film list, many were left off, but here are the ones I truly could not live without: