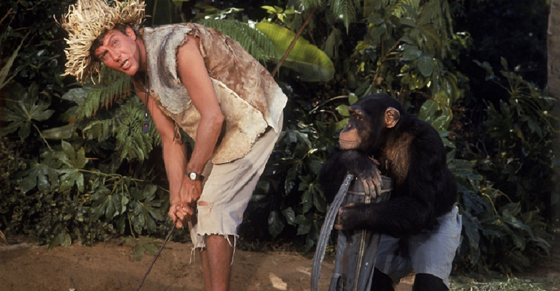 Last year Rick of Classic Film and TV Café instituted the First Annual Classic Movie Day, which takes place on May 16. He hosted the My Favorite Classic Movie Blogathon in which I wrote about one of my favorite films, Libeled Lady (1936). This year the theme is Five Movies on an Island. That's right. Just FIVE.  The object is to write about the "five classic movies you would want to have with you if stranded on a deserted island. (Yes, you can assume you have electricity, a projector, big screen, and popcorn!) These might be your all-time five favorite movies. Or, you might mix in some 'comfort films' to give your tropical habitat that desired homey feel.' " The only thing I would want to change in this scenario is the popcorn - not a fan. I'll have chocolate please (or if it HAS to be popcorn at least let it be Fiddle Faddle).

I Dream of Jeannie

As any movie fan knows, choosing just a certain number of favorite films is both agonizing and fun. Agonizing because there's so many you want to choose (not counting that it depends on your mood) and fun because... well it's just fun that's all!

When making such a momentous decision such as choosing five movies to watch for who know's how long (remember how long it took to get off Gilligan's Island??), one must have some sort of criteria. Here is what I have come up with:


1. The films must leave you with a "feel-good" feeling, you certainly don't want to be sad or scared on you're island!

2. They must be films that stand up to the test of time - you can watch them again and again.

3. It would be good to have happy memories associated with the film, such as the annual family Christmas movie.

4. It should be long - why waste a choice on a film that only lasts 80 minutes!

5. At least one should have some great songs in it.

Notice I did not say it should have helpful hints on how to survive. The Swiss Family Robinson is ok, but not anywhere near the top of my list of favorites! 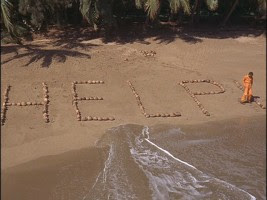 Now that I have my criteria, here are my five films in order of release date (pre-1970s):

Because I HAVE to have at least one Powell/Loy movie! The mystery may not be all that exciting, but their on-screen chemistry is! Need proof? Click here!

Ever since I discovered Powell a couple years ago, I have been hooked. That man is an amazing and often overlooked actor. I have seen almost all of his "talkies" and I can honestly say he's great in all of them. The Thin Man is the film that boosted his career and made him a top box-office draw as a romantic leading man (this to a man who had played mostly villains in his silent career). This film also made Powell and Loy every movie fan's favorite couple and put the fun back in marriage. I could quote the series all day and look at gifs for hours. I adore these two together.

This movie is just flat-out, laugh out loud, funny. Hepburn's fast-talking may take a couple viewings to get used to but once you've got it, it just gets better and better. Practically every line is "quote" worthy and THAT HOUSE is to die for. And since on an island I'd most likely be living in a hut I need a house I can dream about.

My absolute favorite line in this movie is when Susan (Hepburn) and David (Grant) are out in the woods looking for Baby (the leopard) when they suddenly fall down, breaking David's glasses and Susan's heel to her shoe. In a completely ad-libbed looking moment, Susan begins walking around and says laughing in that funny laugh of hers, "I was born on the side of a hill." I. Love. That. Line. Luckily it's on YouTube for your viewing pleasure.

I have always loved John Wayne. I have never known a time without John Wayne. It is therefore no surprise that a John Wayne film should show up on this list. In fact, I could easily choose ALL John Wayne films for this list and be very happy on my island. But I limited it to one (if you were wondering, my other four would be Donovan's Reef, The Quiet Man, She Wore a Yellow Ribbon, and The Searchers).


Reasons I love this particular John Wayne movie the most: 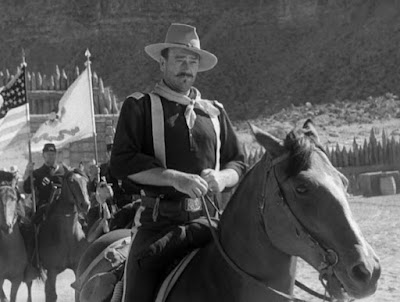 Roman Holiday is the most beautiful romantic comedy of all time. Not only is it pretty much everyone's introduction to the magic of the bewitching Audrey Hepburn, but it's filmed in the Eternal City itself. Upon finishing it I always want to start it over and watch it again.

Both Hepburn and Peck are perfect in their roles of European Princess and American newspaper man. And I love Eddie Albert as Irving, the photographer. He brings the perfect amount of humor to the film. And of course I HAVE to mention the award-winning costumes by Edith Head. One day I WILL go to Rome and I WILL be wearing an outfit like Hepburn's as I go on my own "Roman Holiday" (I would say I WILL eat gelato on the Spanish Steps but I don't want to be arrested - I don't think I could get out of it like Hepburn and Peck did).

And yes, I'm so obsessed with this movie that I MADE MY OWN TRAVEL BROCHURE tracing all the locations they visited IN ORDER.

I have watched White Christmas with my family every year for as long as I can remember. I know all the words to almost all the song (Mom always fast-forwarded "Mandy"). I would say more about this amazing film but I'm writing about it next week for the Gotta Dance! Blogathon. I will say that, for me, this movie embodies Christmas and because we only watch it at Christmas, we look forward to it all year long (it's really unbearable around July - one is always ready for Christmas in the heat of the summer).

Two more things that are a PLUS in this movie: VistaVision & Technicolor :)


To satisfy you until next week.

There are so many more I could choose, but these are tried and true favorites that I will NEVER tire of. My last word to you is, go, watch as many of your favorite movies as you want and be thankful that you will never have to actually make this decision!

UPDATE: Let's hope that if this ever DOES happen, it's on the TCM Cruise and then we can watch each others movies!!!

This list is William Powell approved.
Posted by Phyl at 12:27 AM