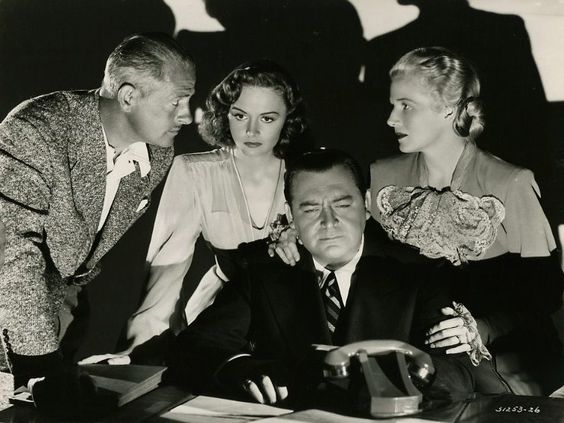 Eyes in the Night (1942) is definitely a 'B' film ( film made with lesser known stars and on a smaller budget). It stars Edward Arnold, famous for playing seemingly nice but really evil businessmen concerned only with furthering their careers (think Frank Capra's classic, Meet John Doe). Ann Harding is the leading lady and Donna Reed, who is at the beginning of her career, plays a supporting role as Harding's difficult (aka b*tchy) stepdaughter. 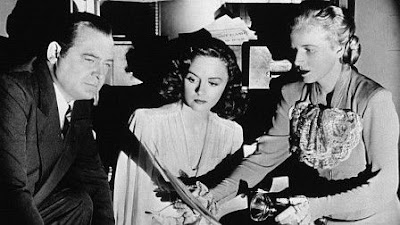 However, just because this is a 'B' film doesn't mean it isn't well made and interesting. Because it is! There's murder, Nazi's, and a smart seeing-eye dog (Friday). Directed by Fred Zinnemann, Eyes in the Night tells the story of a detective who is blind but who doesn't let that stop him from solving crimes. Since you can watch the film in it's entirety below, I won't go into a full synopsis. If you really want to read one, you can read TCM's synopsis here, as well as this TCM Article. The film was followed with a sequel in 1945 titled The Hidden Eye with Arnold reprising his role (watch the trailer here).


This title is in the Public Domain, hence the poor quality.

Check out some screenshots here

This film presents the disability of blindness, not as a hindrance or an unacceptable thing, but as an asset. Arnold, because he is blind, is not seen as a threat and therefore not taken seriously, which he is able to use to his advantage. While a blind person could not see this film, it certainly would help to know that there are some things they can do or get away with that a person who CAN see cannot do. It can also help those who live with a blind person realize that they are still the same and that being blind does not mean the person is instantly mentally disabled.

*I don't know anyone who is blind intimately so if anything I said is offending or incorrect, please let me know.

This post is part of The Disability in Film Blogathon hosted by Pop Culture Reverie. 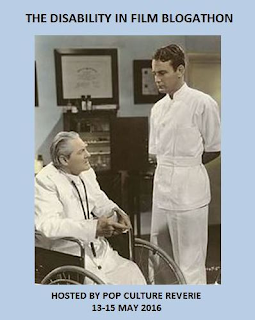