70th Anniversary of the Battle of Iwo Jima

Today is the 70th anniversary of the Battle of Iwo Jima and so I thought this would be a great opportunity to share with you some trivia about the John Wayne movie: Sands of Iwo Jima (1949). 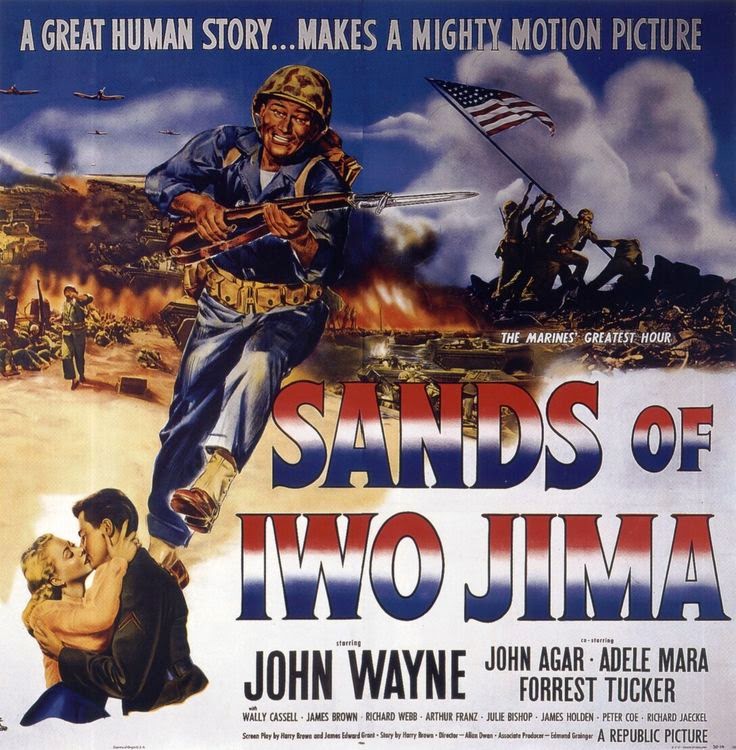 Summary: After his wife takes their son and leaves him, Sgt. John Stryker is an embittered man who takes his misery out on the men under his command. They're a bunch of green recruits who have a hard time dealing with Stryker's tough drills and thicker skin. Even his old friends start to wonder if he's gone from being the epitome of a tough Marine Sergeant to a man over the edge. 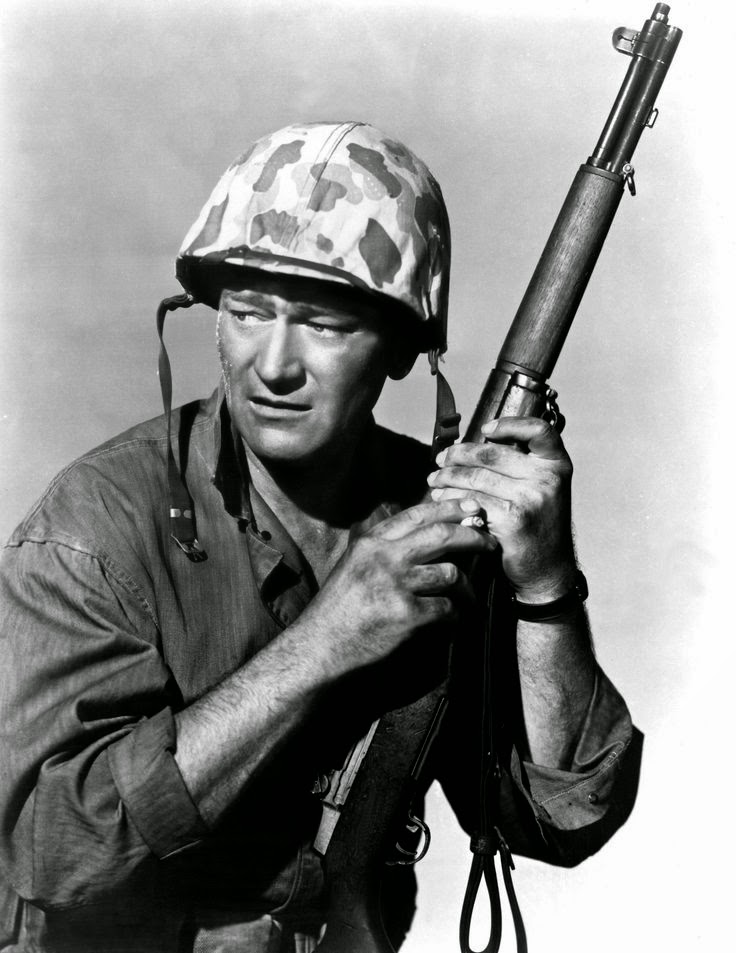 You gotta learn right and you gotta learn fast. And any man that doesn't
want to cooperate, I'll make him wish he had never been born.
~ Sgt. Stryker (John Wayne) 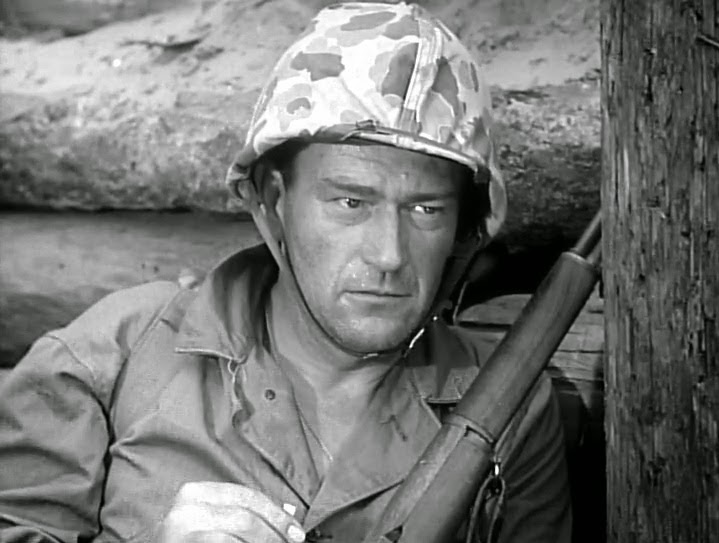 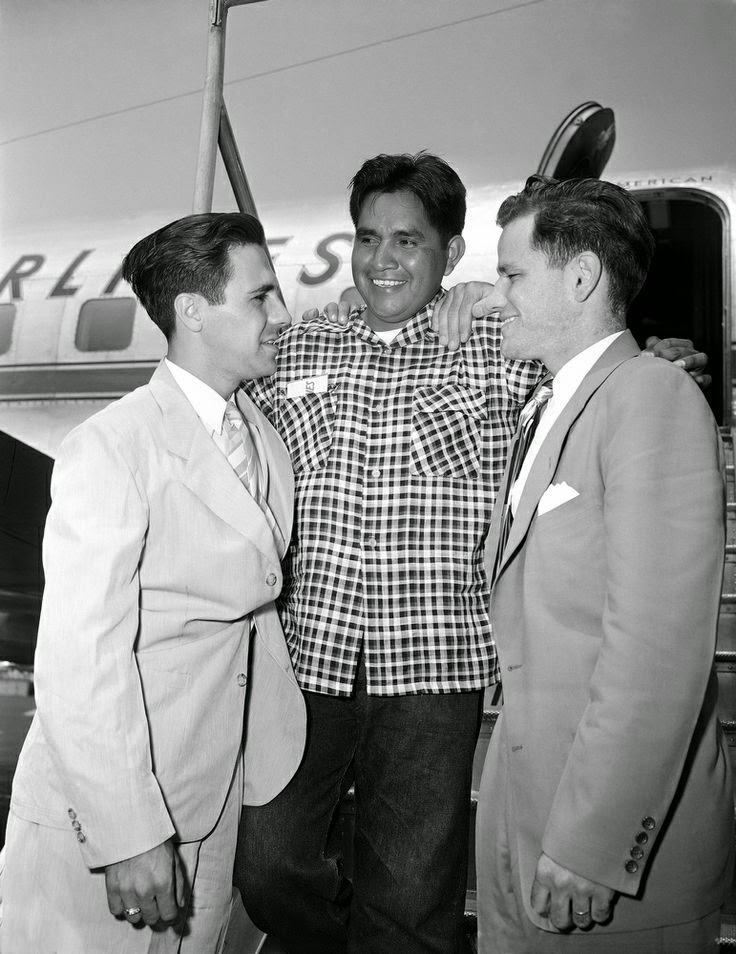 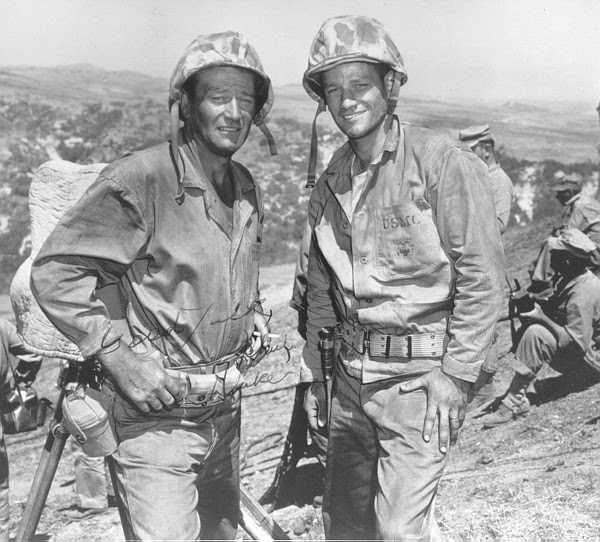 John Wayne and John Bradley, who played himself (he's quite a looker!) 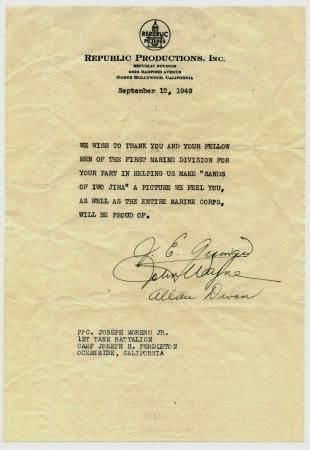 Thank you letter signed by John Wayne to the Marines for their help
Read the original New York Times review here
You’ll never win anything.
You’ll always be taken for granted.
It’s just a cross you’ll have to bear.
~ John Ford on Wayne's loss 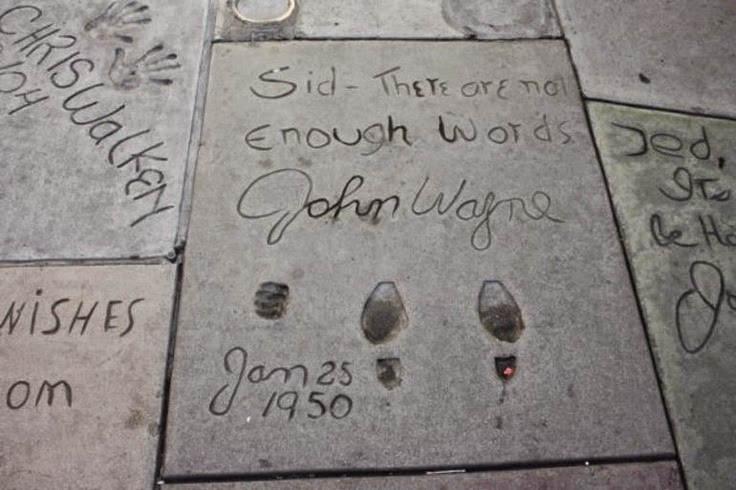 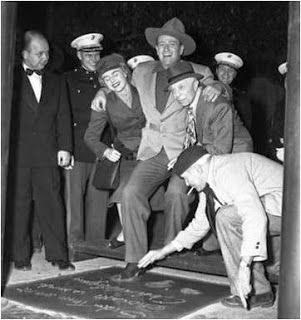 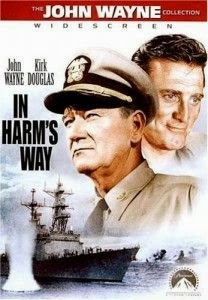 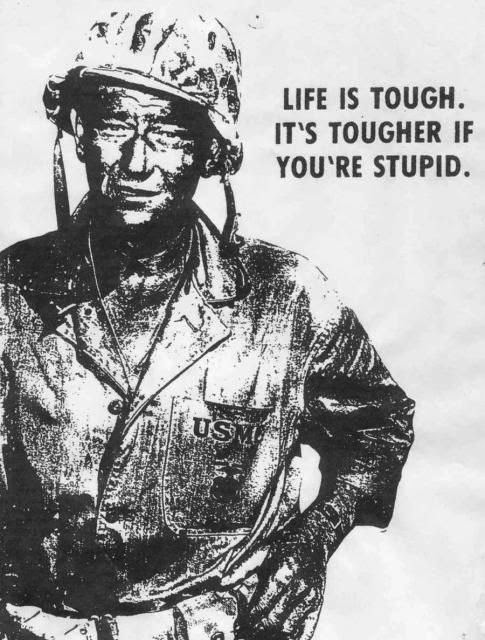 To the United States Marine Corps whose exploits and valor have left a lasting impression on the world and in the hearts of their countrymen. Appreciation is gratefully acknowledged for their assistance and participation which made this picture possible. 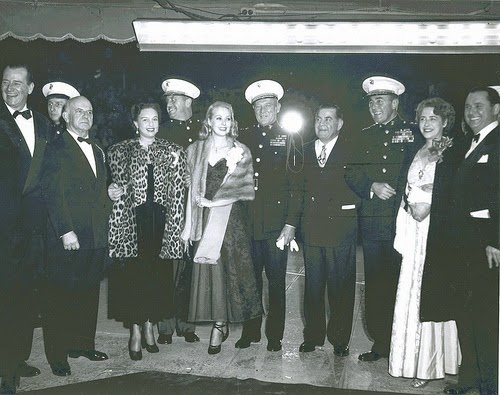 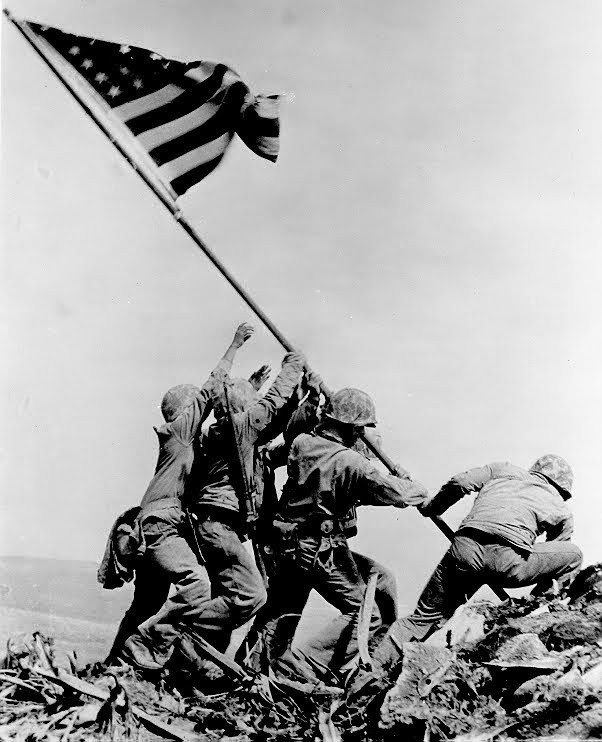