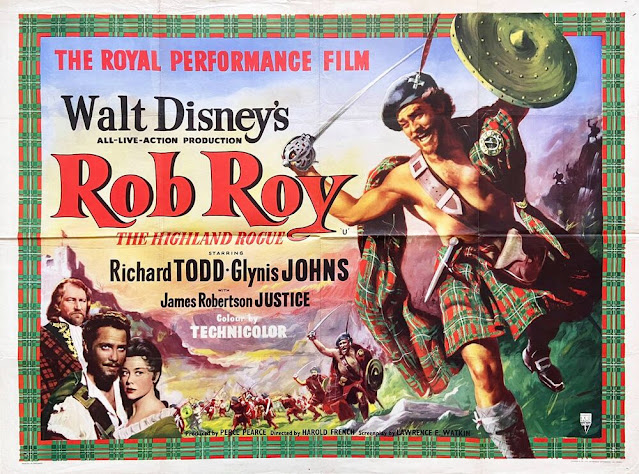 For the 8th Annual Royal Film Performance, a live-action Walt Disney picture was chosen. You can't go wrong with Walt Disney, right? Well... you can if the movie portrays the British suppressing the Scottish Highlanders and forcing them to obey unjust laws and pay double taxes with the intent of taking away their land in the future and stripping the name away of the clan MacGregor. And that's exactly what happens in Disney's Rob Roy the Highland Rogue, starring Richard Todd in the title role. 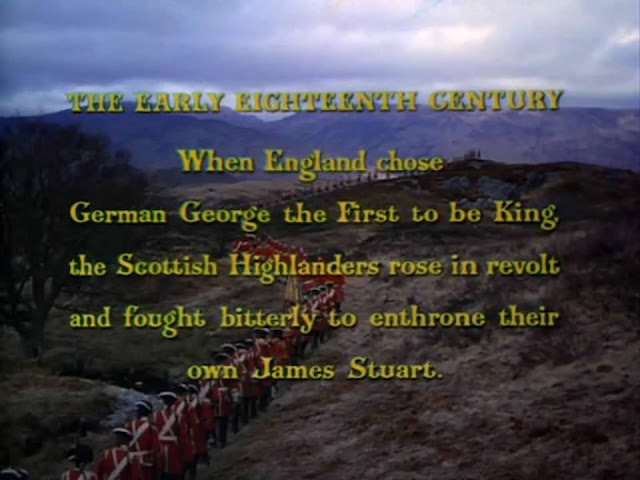 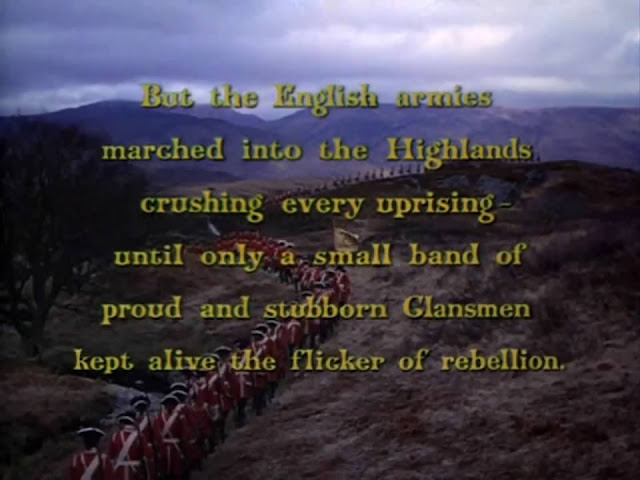 The only sympathetic figure on the side of the British is a Highlander himself, the Duke of Argyll (James Robertson Justice), a kinsman of Rob Roy's mother from the Campbell clan. and the King, George I, is not even English but German, needing an interpreter. Not to mention he looks like this... 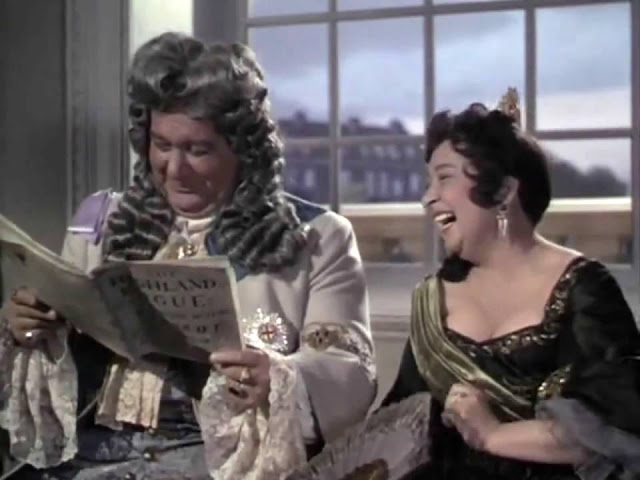 In the last moments of the film however, the King pardons Rob Roy - after he comes to the London court to give himself up and prevent further fighting - leading Rob Roy to praise the King as a great ruler. 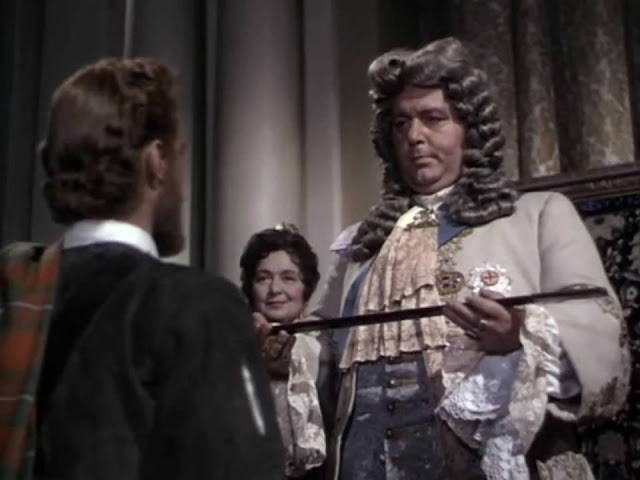 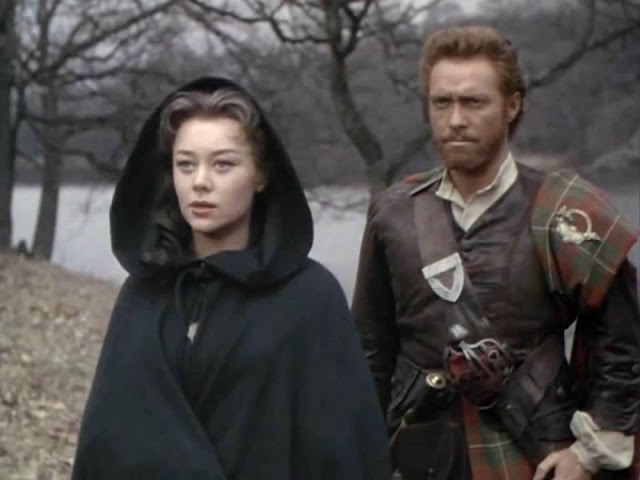 The Royal Film Performance took place at the Leicester Square Odean Theatre on Oct. 26, 1953 (less than a month later, the newly crowned Queen Elizabeth II and Prince Philip would leave on a six-month tour of the Commonwealth, not returning to England until May 1954). There were 19 stars in attendance, among them several from the cast of the film, including Richard Todd, Glynis Johns, James Robertson Justice, and Finlay Currie (Justice and Currie both in kilts); other British stars such as Jack Hawkins, Kay Kendell, Kenneth More, Alec Guiness, and Moira Shearer; and eight from Hollywood, including Gary Cooper (who was spending time abroad for tax reasons), Jeanne Crain, Dennis O'Keefe, and studio head Adolph Zukor.

Video Footage of the Stars and Royals 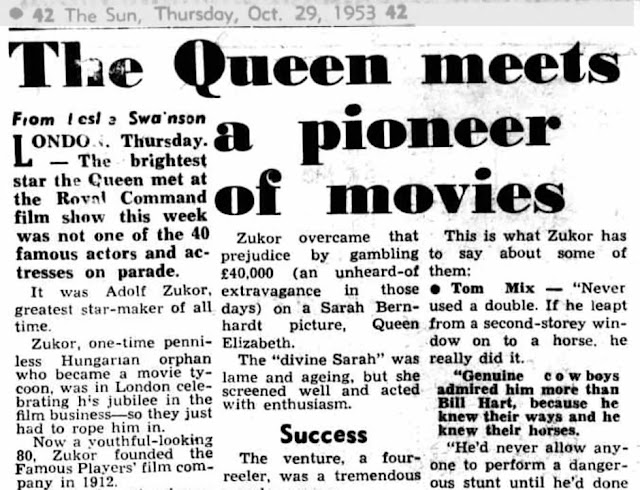 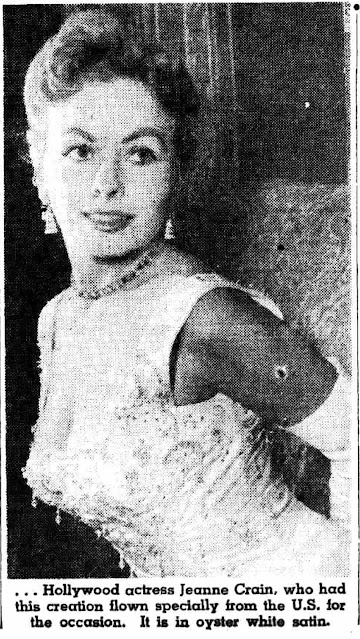 Finlay Currie in a kilt and Jeanne Crain in a gown of oyster white satin taffeta with an encrusted bodice of seed pearls and diamentes. 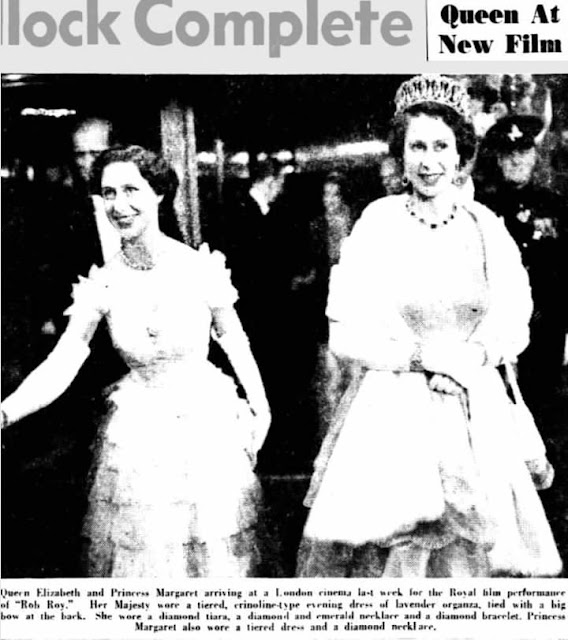 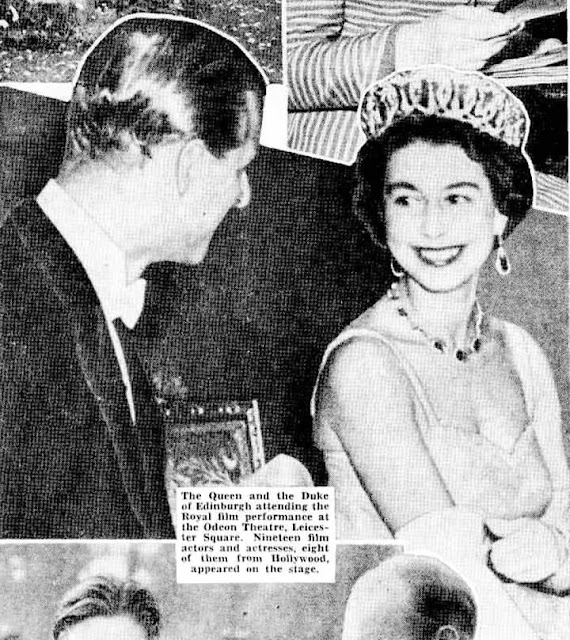 source
Unfortunately, I wasn't able to find as many articles about the event or any movie star memories. I did find a copy of the program for sale on Ebay that lists the features the order of the short features and stage show:

Here is an article that compares the real Rob Roy with his screen counterpart: 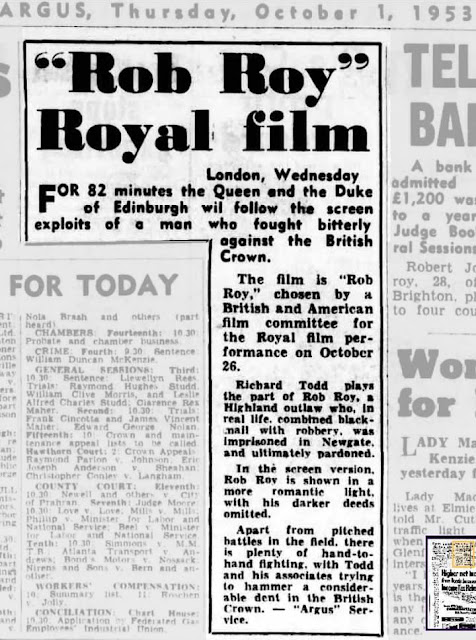 source
Lastly, you can watch the full movie here.
An article about the history of the Royal Film Performance, using a sketch of an image from the 1953 event, appeared in an issue of The Girls Annual (images from Etsy and Ebay). 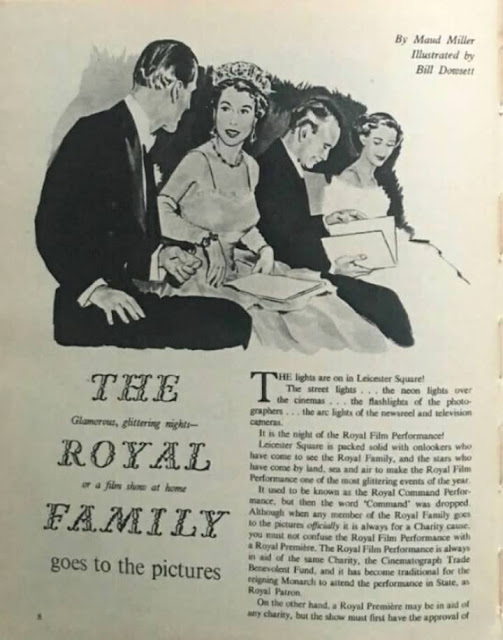 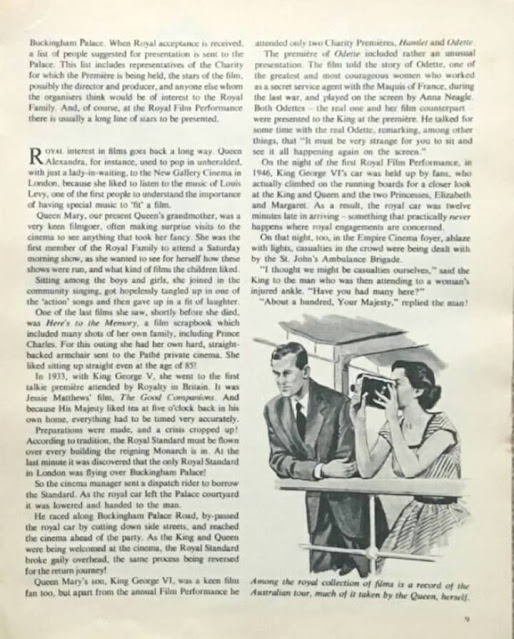 It's too much to type up. It basically differentiates between the Royal Film Performance and a Royal Premiere (the difference being the RFP is for the Cinematograph Trade Benevolent Fund) and talks about some other films seen by the Royal family as well as their interest in filming the places they visit.
Posted by Phyl at 4:00 PM