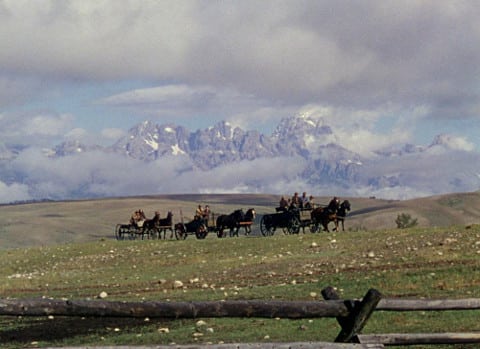 Rachel Kovaciny of Hamlette's Soliloquy is one of my favorite bloggers. We have a lot in common when it comes to our movie tastes - we're both big fans of John Wayne and The Man From U.N.C.L.E. (2015). She has written three books and is working on a fourth - Western re-tellings of fairy tales. I've been wanting to read her first book, Cloaked, ever since I read the excerpt on Amazon. And I would have ordered it long ago except there was some suspicious activity a few years ago on my account and I have been too nervous to add my card information. Also, I don't like Amazon. But anyway... So this year I put it on my Christmas list! Well, I read it a couple days ago and absolutely loved it!! Cloaked is based on Little Red Riding Hood, which is a story everybody knows, but Rachel has written a story so interesting and unique that you forget that you kind of know what's going to happen. 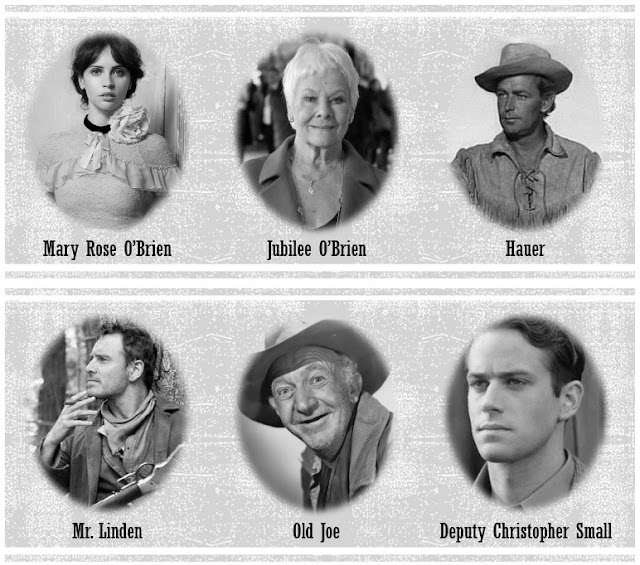 But why am I writing about this on a Classic Movie blog? Because one of the characters, Hauer, is "played by" Alan Ladd, which, if you've ever visited Rachel's blog you know he's her favorite actor. Just look at her current blog header. Now, I've never particularly liked or disliked Ladd, but reading Cloaked has finally made me a fan. It was easy to imagine him in the role, as well as the other actors she cast (she has a Pinterest mood board with her character choices). Another character, Old Joe, is "played by" Walter Brennan. I could hear the voices of the characters in my head as I read (I had a little trouble with Felicity Jones as Mary Rose and Michael Fassbender as Mr. Linden as I've only seen them in one movie each, so their voices aren't familiar to me). My "teenage heart" especially loved the dance scene and Deputy Christopher Small "played by" Armie Hammer (I know there's a lot of controversy about him right now, but a man is innocent until proven guilty - if you like him but don't know what I'm talking about, don't look it up). I also loved Judi Dench as "Grandmother," Jubilee. In short, I loved the book and am looking forward to reading her second book which I've actually had for a while, Dancing & Donuts (The Twelve Dancing Princesses).

After I read the book finally watched Shane (1953) for the first time (the only thing I knew about it was that they said "Shane" a lot because my dad would say "Shane! Shane!" anytime he saw it on TV). I really enjoyed it. The mountain scenery was stunning and I loved the sweeping score by Victor Young (who also did Rio Grande, my all-time favorite score). It was interesting seeing Ben Johnson as a "bad guy." I wasn't too impressed with Bradon De Wilde's acting at the beginning of the movie but he got better as the movie went along. It's definitely a movie I will watch again. I would love to see the Grand Tetons on the big screen! 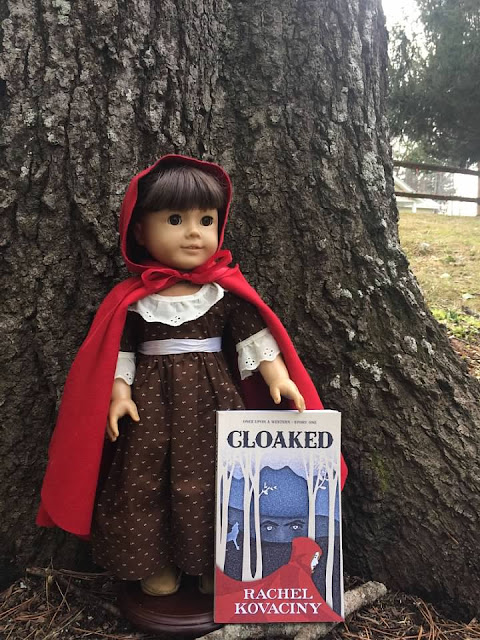 I thought it would be fun to dress up my American Girl "Samantha" doll as Mary Rose. She is wearing her "brown traveling dress" (handmade by me several years ago), Felicity's red cloak, and Josefina's moccasins. P.S. It's really hard to carry a doll out the front door without the neighbors seeing lol.
Posted by Phyl at 12:15 PM