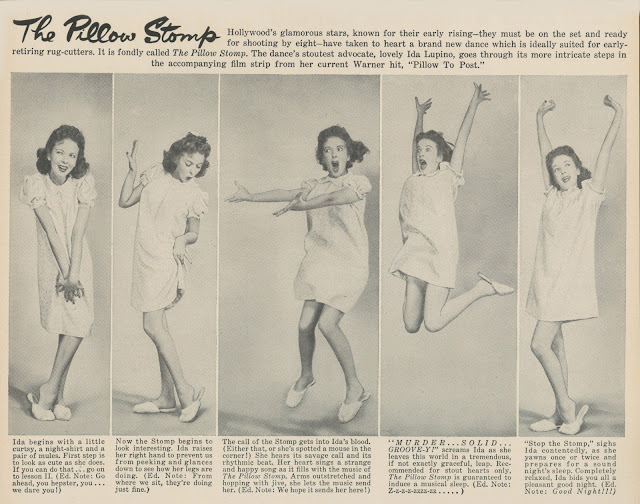 Never thought you'd see Ida Lupino dancing around in a nightie, did you?

I watched several lesser-known films this month, and was pleasantly surprised by some of them. I recorded several Melvyn Douglas films that were shown on TCM on his birthday (still haven't watched And So They Were Married which I am very excited to see. Sometimes I save those for a while). Two of the films I recorded had a different title in the credits than what was listed on the guide (why do they do that?). I only had a few re-watches this month, mostly more recent films (ones with an *).
Favorite Film of the Month: Lots of fun little films this month but I finally got to see Barefoot in the Park, which I've been wanting to watch since reading Back To Golden Day's post. It lived up to my expectations. Loved Mildred Natwick!

Least Favorite: The Venetian Affair was pretty boring, especially at the beginning, but I finished it for Ed Asner. Christopher Strong was predictable and Juarez was long but I had to watch for John Garfield (hardly in it) and Bette Davis. I also found Easy to Wed tough to get through. Nobody can replace William Powell, Myrna Loy, and Jean Harlow!!
Posted by Phyl at 12:21 PM