John Wayne and Judy Garland were my first favorite actor and actress when I was little, and I still love both of them. However, I have watched John Wayne far more often. The following films have been seen so many times I can quote large passages from memory and throw them into ordinary conversations.

John Wayne film I will NEVER WATCH AGAIN: Wake of the Red Witch (1948) - his death at the end left me and my brothers depressed the rest of the day AND the entire next day! 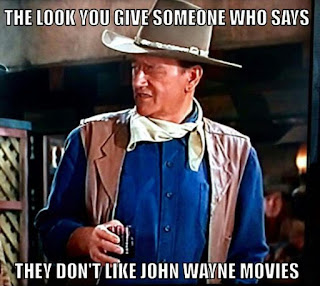