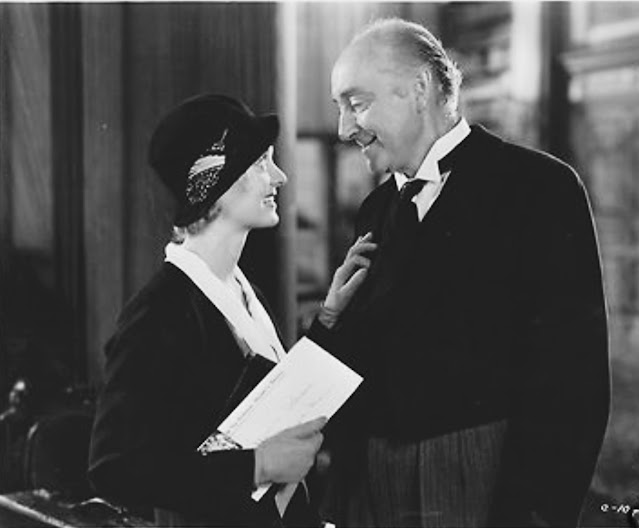 I have not been able to find a copy of The Menace (1932). There is a photo of one hat on IMDb, which I have shared here. I do not know if there are any other hats.

Of Bette's performance, VARIETY said, "Bette Davis has to take a decided second to Natalie Moorhead as the adventuress who kills her husband and blames it on her stepson." In her autobiography, Bette merely said, "I appeared in a monstrosity called The Menace opposite Walter Byron and H. B. Warner. My part consisted of a great many falls out of closets. The picture was made in eight days. I knew I had obviously reached bottom" (Davis, 118).

The hat was also featured in the February 1932 PHOTOPLAY. The film was tentatively titled The Feathered Serpent. 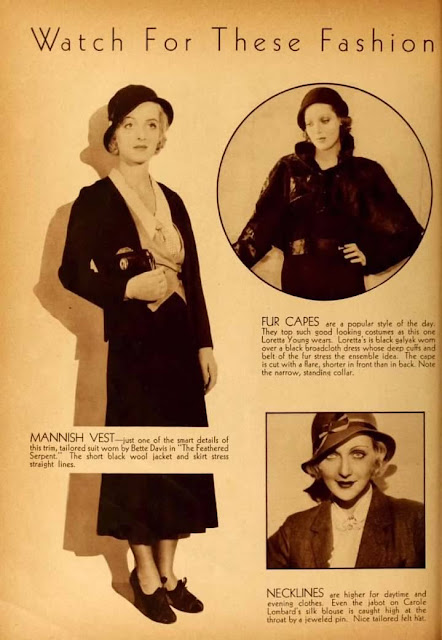 The caption reads: "MANNISH VEST - just one of the smart details
of this trim, tailored suit worn by Bette Davis in "The Feathered
Serpent." The short black wool jacket and skirt stress straight lines.
Sources: