Carole Lombard's Childhood Home and the Great Flood of 1913 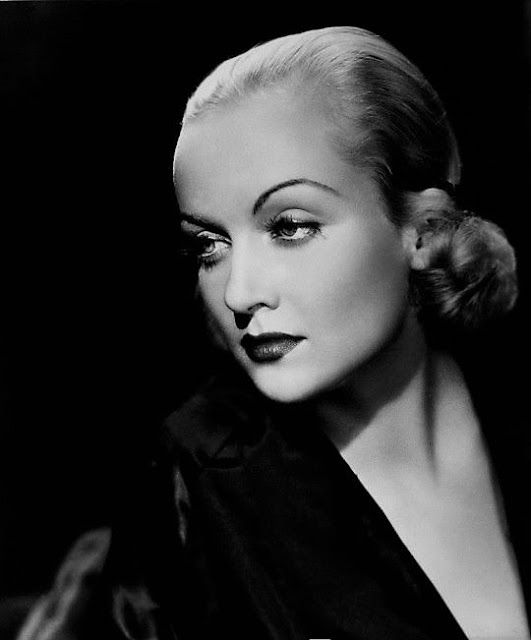 Lombard was born in Fort Wayne, Indiana, known as the Hoosier State. Although she only lived there until the age of six before moving to what would become the movie capitol of the world, her family definitely had an impact on the community. 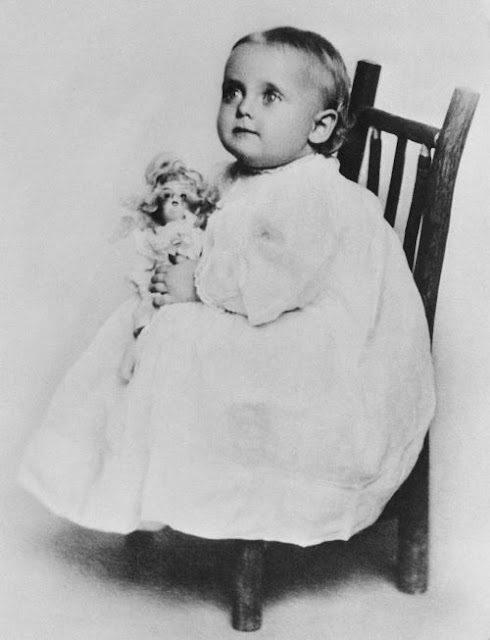 Carole was born on October 6, 1908. Her first home was a two story wood and brick house located at 704 Rockhill Street. The house was quite nice, as the Peters - Lombard's birth name was Jane Alice Peters - were of the upper-middle class. In fact, I recently discovered that the house still stands and you can visit it! 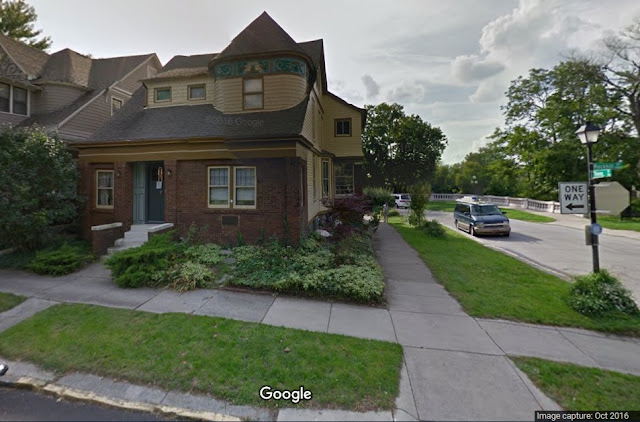 Above is a screenshot from Google Maps that shows the house as it currently looks. It was recently repainted, as shots from the side street are older and show it in a blue color. It's a lot larger than in looks from the front! 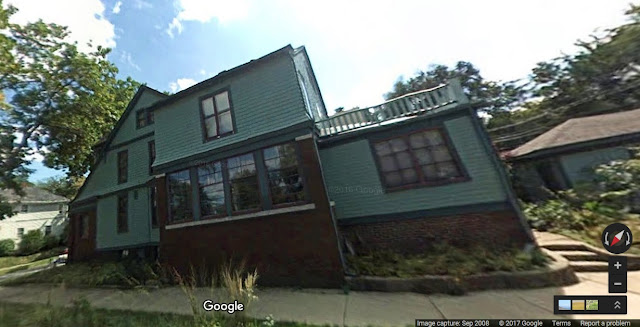 The house is owned by Cora and Rick Brandt and is a Bed & Breakfast. It is not currently operating but if you are in the area you can email the owners and they will show it to you. I'm guessing it will open up again in the future.

The furnishings in the house are not the original pieces, but the house has been decorated in a 1940s style and its' walls are covered in photos of Lombard, her family, and Clark Gable. You can see several pictures of the interior by someone who actually got to stay there when it was open as a B&B. Click here to view them.

Even as a young child, movies were an important part of little Jane's life, as she frequently attended the nearby theater with her mother Bessie. However, the most exciting event happened in 1913 when there was a major flood in the area over the Easter weekend. As the Peters home was located on a high hill, it became a command post for the area, with Bessie and her children helping with relief for those affected. Over the course of the flood, 5,500 houses and businesses were damaged and 15,000 people were left homeless. The work Bessie did to help made her a hero in the eyes of her children and the bridge over the Saint Marys River next to the house now bears the Lombard name. Here are some photos of the actual flood. You can read a day-to-day account from the newspapers here.

Photos of one of Carole's Hollywood Homes

This post is part of the Carole Lombard: The Profane Angel Blogathon hosted by myself and Crystal of In the Good Old Days of Classic Hollywood. Please check out all of the other posts celebrating this one-of-a-kind woman. 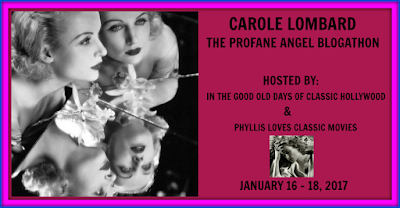