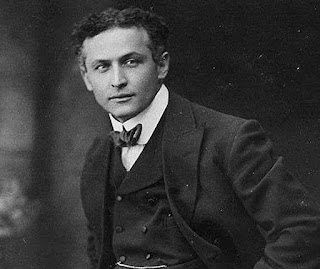 Harry Houdini has long been someone who has captured the imagination of the ordinary man. Performing daring acts unlike anyone else in history, his life is a natural for stories and films. I first learned about Houdini from my great-uncle. It was a fascinating tale and I have never forgotten it.

Houdini (1953) was the first of many films made about this singular figure. It was also the first film that paired real-life couple Tony Curtis and Janet Leigh together. Starting with young Houdini's early days as a wild man in a carnival, it tells the story of how he met his wife Bess, his growing career, the problems that his acts brought to their marriage, and up to his dramatic final act. 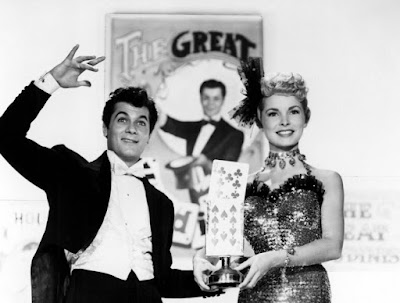 Houdini: It'll be the most dangerous thing I've ever done.


Bess: And the most dangerous!
Houdini: Bess, people aren't going to stand in line and watch me pull rabbits out of a hat.


Bess: Why? Why must every act you do be flirting with death?
Houdini: Because it's the only act that'll hold an audience spellbound. People fall asleep at the opera, but they stay wide awake at the bullfights because there's one man defying death down in that arena. You take this out of my act and I'm nothing!


Bess: You keep it in and we're both nothing! 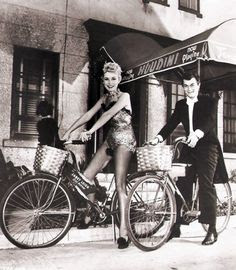 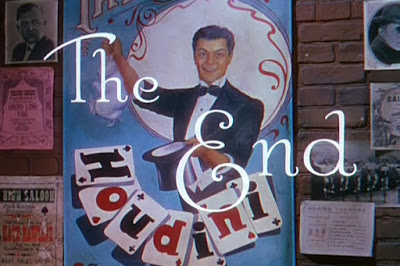 This post is part of the Grand Finale of the At the Circus Blogathon hosted by Critica Retro and Serendipitous Anachronisms. Be sure to read all of the other amazing "acts," including the Grand Finale!! 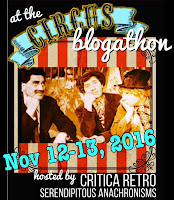 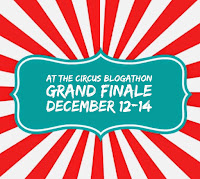