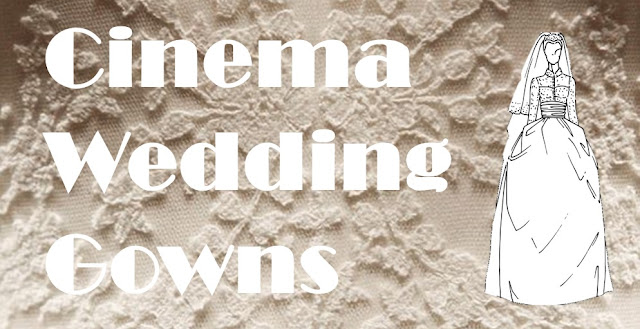 Today's wedding gown is one that I'm guessing hasn't been seen by many yet looks extremely familiar. You may think it looks oddly like the famous gown worn by Grace Kelly for her marriage to Prince Rainier of Monaco (featured in the above banner). You would be right! Both gowns were designed by MGM's Helen Rose. 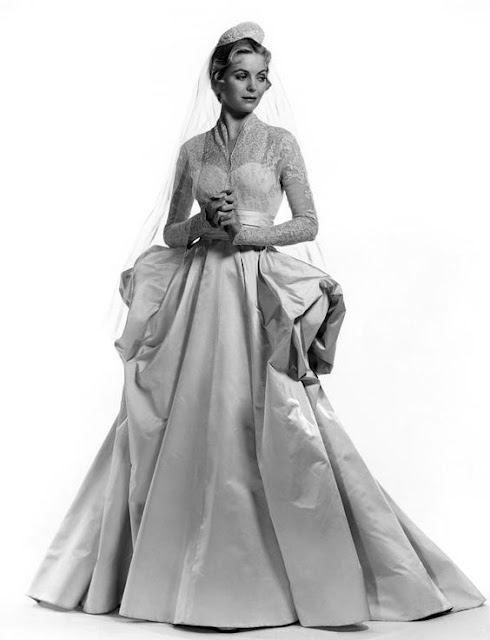 The film is Invitation (1952) starring Dorothy McGuire, Van Johnson, and Ruth Roman. McGuire plays a "plain" girl (she's no Rita Hayworth but she's certainly not plain!) who is surprised when eligible bachelor Johnson asks her to marry him. Roman, who has been in love with him for some time and expected to marry him herself, is abroad. McGuire tries to get in touch with her before the wedding and is unable to. Roman shows up at the wedding reception and says some nasty things to the new bride. But enough about the storyline. Let's get back to this exquisite gown.

The gown features a long sleeve lace bodice with a high "V" collar. Underneath the lace is a strapless bodice. Between the bodice and the heavy satin skirt is a wide satin cummerbund. The skirt is very full, pleated in the front and gathered in the back and has a bubble bustle on the sides and back. In the promotional photo below, we see it is less poufy and more angular than it looks in the film. 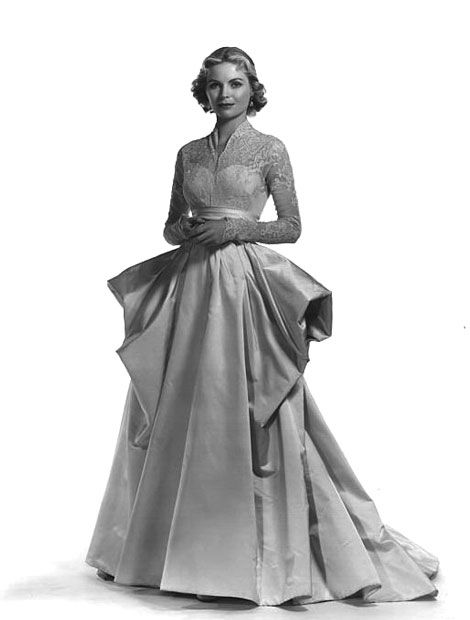 The veil is a lace covered, head piece that appears tiara-shaped from the front. It sits on the crown of the head. Attached is a finger-tip length tulle veil that ends where the bustle ends. 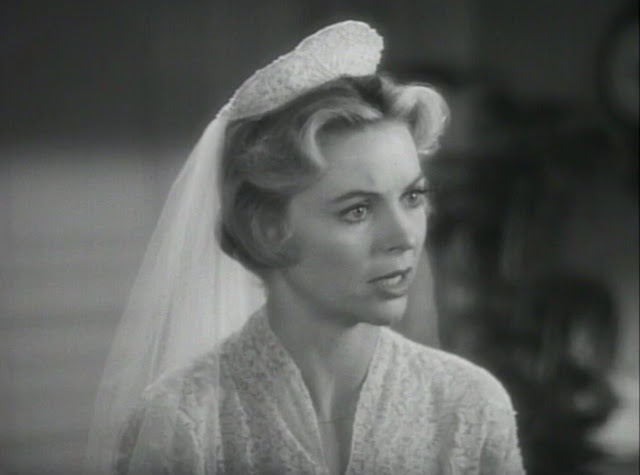 The above photo also shows the lace detail on the bodice. The photo below shows the headpiece on the veil clearly (as well as Ruth Roman's super chic fur-trimmed suit and hat). 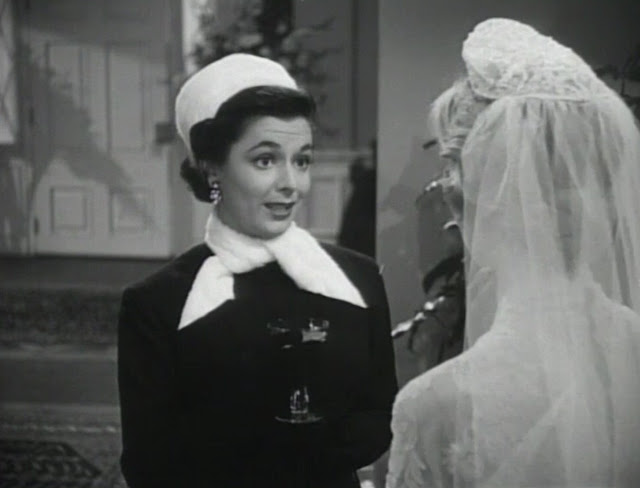 Below is Grace Kelly's wedding gown for comparison. 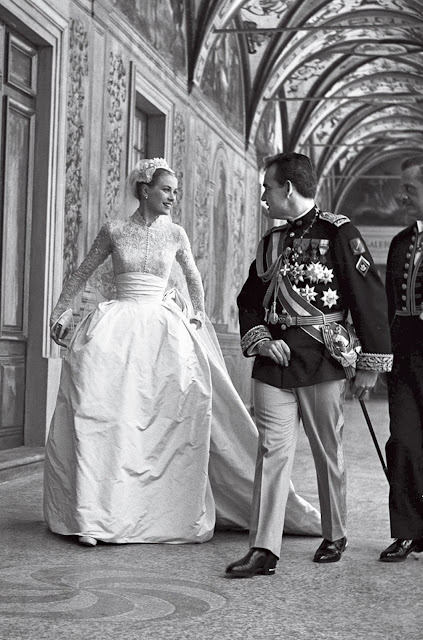