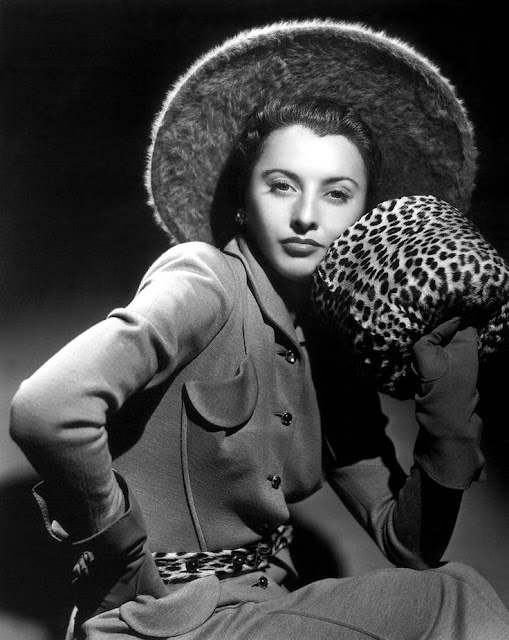 Barbara Stanwyck has always seemed to be a pretty brave woman. She exudes self-confidence (especially when it comes to men), always keeps a cool head, and is definitely NOT just another pretty face - she has brains too. But even someone as self-assured and sturdy as Barbara Stanwyck can become terrified from time to time. You would be too if you experienced what she did these three times:

The first time Barbara was terrified, was when she became the second Mrs. Carroll to Humphrey Bogart. His first wife had been slowly poisoned and it became soon apparent that she was being poisoned too. While many reviews of this film say that both Bogart and Stanwyck were miscast I disagree. To me Bogart was very convincing as a crazy painter and Stanwyck's performance is magnificent. I highly recommend it. It was actually filmed in 1945 but not released until 1947. 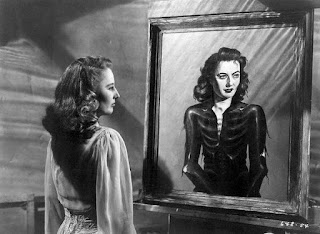 The Two Mrs. Carrolls will be airing on TCM March 21 at 8pm EST.

The second time was when she married Errol Flynn's crazy brother and, when he died, went to the ancestral home that emanated queer sounds and screeches. And while Barbara wasn't completely terrified (in fact, she was quite brave under the circumstances), there were some heart-stopping moments she could have lived without. You can read my previous post on Cry Wolf here. 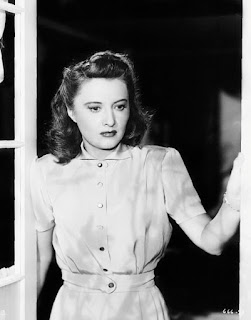 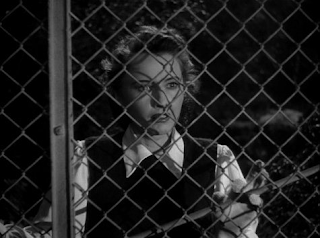 The third time was when she overheard some men plotting the murder of a bedridden woman who just happens to be her, and can't get anyone to believe her. It took Stanwyck 12 days to films those terrifying scenes and she had to keep up that energy the entire time. 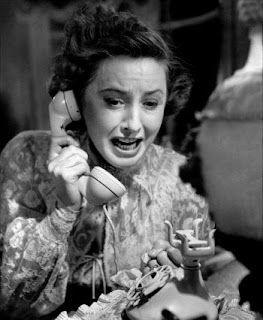 Barbara wasn't always lucky with her choice of husband and the moral here is to not get married unless absolutely sure of your husbands mental health and that of his family. Also, never drink the glass of milk your husband brings you when you are ill ;) 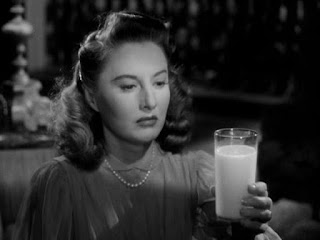 This post is part of the Remembering Barbara Stanwyck Blogathon hosted by In the Good Old Days of Classic Hollywood. Be sure to read all of the other posts about this legendary woman. 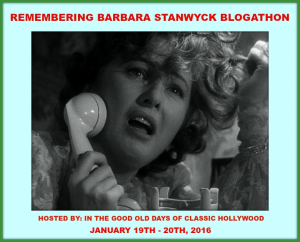