Bette's Hats and Reviews: The Rich Are Always With Us (1932) 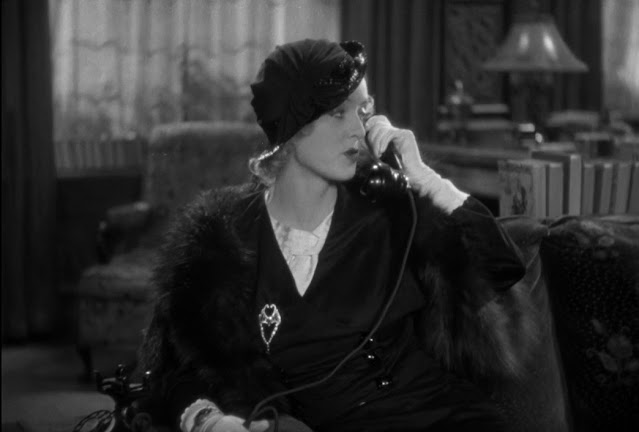 Bette's next film was with Ruth Chatterton in The Rich Are Always with Us (1932).

We were all terrible rich and Miss Chatterton, being the star, was the richest of us all. I was "the pest of Park Avenue" in love with Mr. [George] Brent both on the screen and off - in both cases unsuccessfully. The film bubbled with wit and sophistication, ad I was thrilled to be appearing with Miss Chatterton (The Lonely Life, 124).

Bette wears four hats in the movie. This one is quite unusual in it's shape,
with white cord holding it in place.

Overlapping with her previous film by one week, she wrote about her excitement and nervousness at working with such an important star:

The first scene was the interior of a restaurant. Miss Chatterton and Mr. Brent sat at a table and I was to make my way through the tables and greet them in a very chic and secure way. I was actually so terrified of her I literally could not get a word out of my mouth... She kept looking at me in a superior way. I finally - not meaning to - blurted out, "I'm so damned scared of you I'm speechless!"

This broke the ice and we both relaxed. She was most helpful in her scenes with me after that. I never forgot this experience and in later years with young actors were terrified of me, I would always try to help them get over it (125). 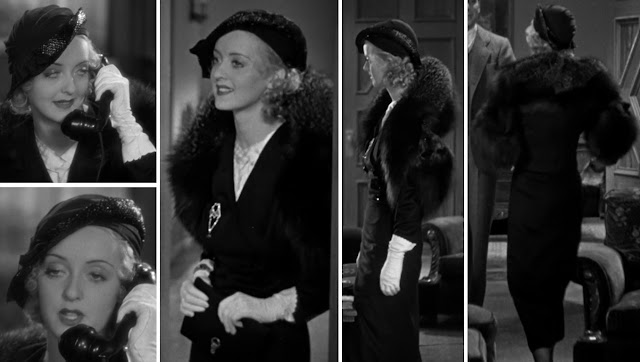 I love the silhouette of her costume here, all top-heavy with fur.
The hat appears to have a shiny black straw brim. 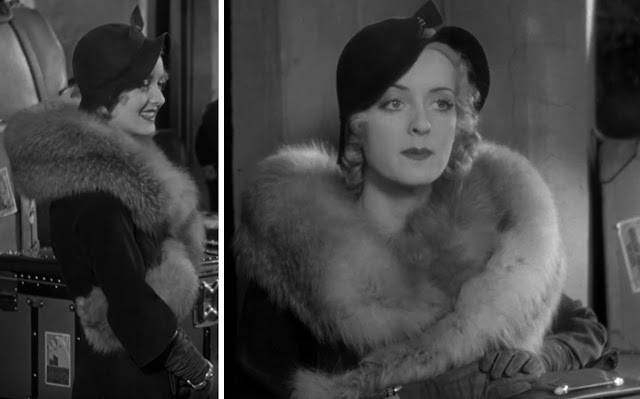