If you think this is going to be a review of the 1960 movie with Doris Day and David Niven then you are only partially right. 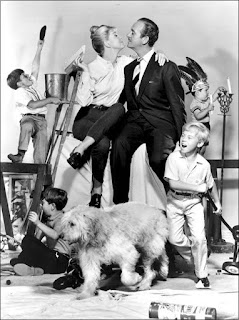 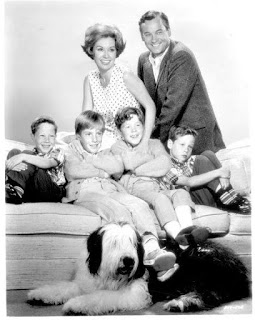 I watched Please Don't Eat the Daisies last December and when I discovered a couple weeks ago that my library had the book it was based on, I decided to check it out. 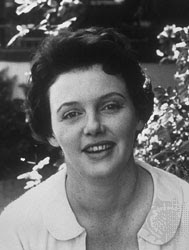 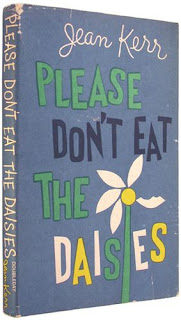 The author and her book

Please Don't Eat the Daisies by Jean Kerr is HILARIOUS!!!! It's one of those books where you find yourself laughing out loud and end up reading in one sitting because you don't want to put it down. My favorite chapter was "How to decorate in one easy breakdown," where Kerr describes the process of redecorating one's home. I also greatly enjoyed the chapter "The Kerr-Hilton," which describes the house/monstrosity they bought. The only chapters that didn't seem to fit in were the ones titled "Don Brown's body" and "Toujours tristesse" - a play and short story respectively. However, it is always interesting to read fiction written by another person because it gives you a glimpse of another side of them that you may never have known existed.

Ok, now to the movie. 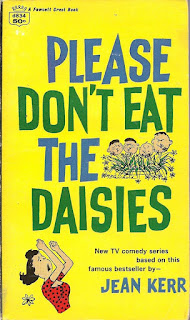 In writing the script for the movie starring Doris Day and David Niven, the writers took the four rambunctious boys, the crazy old house, the fact that everyone is writing a play, and that Mr. Kerr is a critic. However, the critics part is greatly built up, showing instead of telling, what it is like to be the wife of a drama critic. It also throws in a little marital discord in the form of an actress, played by Janis Paige. Reminiscent of Mr. Blandings Builds His Dream House, the movie paints a vivid picture of what it's like to buy a fixer-upper. Doris Day, however, is able to transform this creaky castle into what could easily be a chic New York flat. She also finds the time to play the lead in the local town play, in addition to attending plays with her husband. Only Doris Day could do all of that and still look fresh as a daisy (pun intended).

I hope you get a chance to both read the book and watch the movie. They are both delightful and shouldn't be missed!

Jean Kerr wtote several other books. I'm having my library get The Snake Has All the Lines, How I Got to be Perfect, and Penny Candy.

A note about the TV version:

I just started watching the first episode. The children are entirely too well behaved and Mr. Nash (his name in the show) is suddenly a hypochondriac!
Posted by Phyl at 1:00 PM