Above Suspicion - From Book to Film 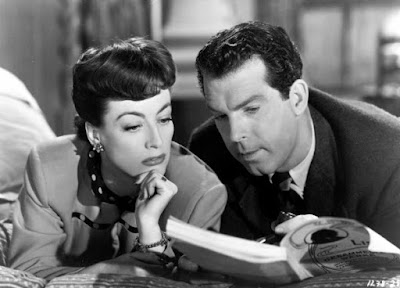 Comparisons especially abound when it comes to movies. Originals, remakes (which I hosted a blogathon on), sequels, trilogies... you name it, we compare it. One of the most controversial of comparisons when it comes to the film world is BOOK vs. MOVIE. In most cases, people will be strongly divided, usually depending on which version they encountered first. If you've read the book first and loved it, you will most likely be disappointed with the movie (though you may come to like it later, just not as much as the book). If you've seen the movie first, chances are the book will be so different it seems like a different story entirely, with only the basic plot and character names intact.

However, in rare cases, you will end up liking one or the other BETTER than the one you read/watched first. This was the case for me with ABOVE SUSPICION. 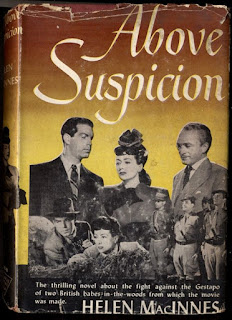 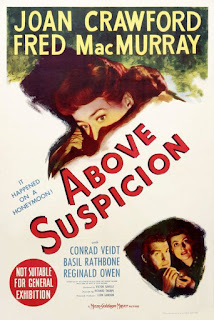 Above Suspicion is the first book of well-known writer Helen MacInnes. Previously I have read three of her books (Horizon, Message in Malaga, & The Salzburg Connection) and enjoyed them immensely. She is a fantastic writer. Her stories are interesting, full of action and plot twists, and she describes the places and time so well you can imagine that you are actually there. You hear what the character hears, smell what they smell, feel how they feel. You are completely transported to another time and place. 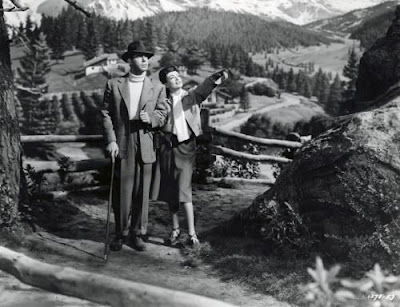 When I learned that her first book, Above Suspicion, had been made into a film starring Fred MacMurray and Joan Crawford, I immediately wanted to see it, but I wanted to read the book first. I recorded the movie to my dvr and checked the book out from my local library. Unfortunately, the book didn't get read and the movie was accidently deleted. So when TCM aired it again I made sure I watched it - I could read the book later. 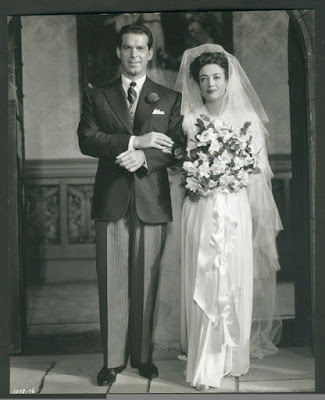 While the movie was interesting, it didn't quite match my expectations as how a MacInnes novel turned movie should be. Joan Crawford was extremely unbelievable as a newlywed (maybe if the film had been made in the 1930s or if this had been my very first Crawford film). She's the typical "wife wanting to help her husband," though with Crawford you would think it would be the other way around with MacMurray helping her. It is only near the end of the film, when Crawford must disguise herself as an elderly woman in order to leave Nazi Germany that she is more in her element. There are others who agree with me and of course those who think otherwise... 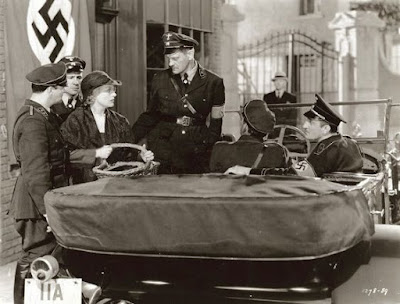 What the critics said:


Variety: Both MacMurray and Miss Crawford completely handled their roles, despite drawbacks of script material.

Critic Howard Barnes for The New York Herald Tribune: There are so many floral, musical and cryptographical passwords in the film's plot that the whole show becomes a sort of super treasure hunt... Unfortunately, neither Joan Crawford nor Fred MacMurray looks quite bright enough to unravel the tangled skeins of this screen melodrama.

But I am getting ahead of myself. Here is the story in a nutshell: Set in the tension filled year 1939, A married couple takes their annual trip abroad/honeymoon. Because they are "above suspicion" they are asked to do a job for the secret service - locate a missing scientist by following a chain of contacts to ensure he is still alive. 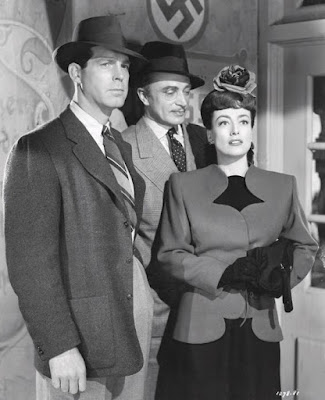 The red rose hat, to help the next contact recognize them. Conrad Veidt (standing in back) died a few weeks after filming wrapped.

The book, a best seller, was loosely based on the life experiences of MacInnes and her husband, who served with the British Intelligence Center. While on their trips around Europe, MacInnes would write down her observations as well as predictions on Nazi activities based on what she read in the newspapers. It was her husband who encouraged her to turn it into a book. 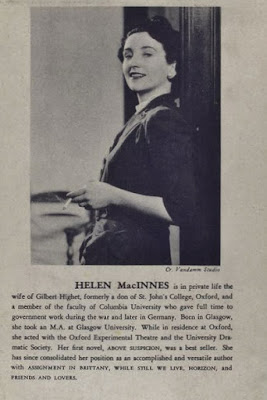 MacInnes went on to write 22 more novels, nearly all successes due to the painstaking research that went into each one, combined with her own personal experiences. Three more of them were made into films: Assignment in Brittany (1943) starring Jean-Pierre Aumont and Susan Peters, The Venetian Affair (1967) starring Robert Vaughn and Elke Sommer, and The Salzburg Connection (1972) starring Barry Newman and Anna Karina.


I did not get a chance to finish the book unfortunately - it's been incredible busy recently - but I think Hollywood stuck pretty close to the book, just condensed. With the book the suspense can be built up more slowly and in more detail, which is something I like, if it's written well and her books always are. I think the main problem with the film for me is simply the casting. MacMurray is fine but someone a little more... helpless, but not too helpless, would have been a better fit than Crawford. 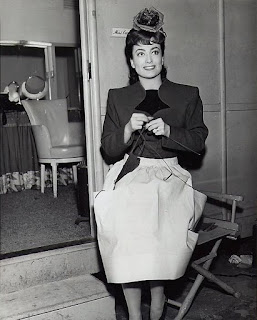 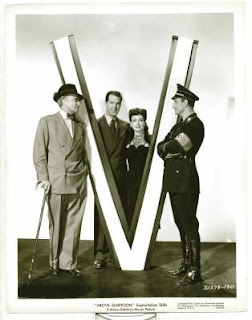 This post is part of the Beyond the Cover: Books to Film Blogathon hosted by Now Voyaging and Speakeasy. Be sure to read all of the other posts! 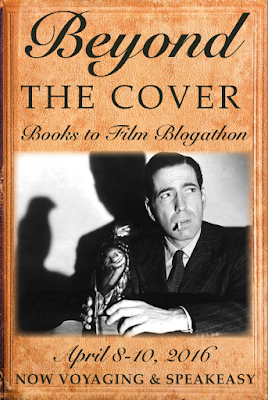