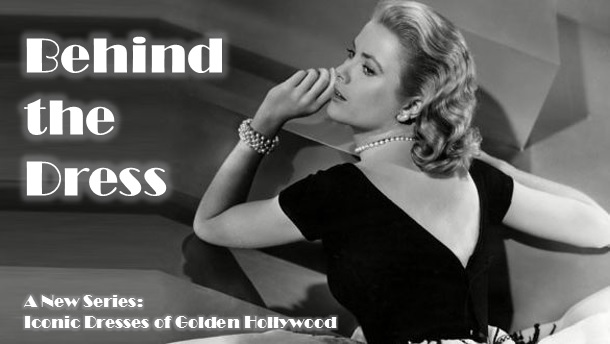 The 1939 classic The Wizard of Oz contains the most iconic costumes in the entire history of film. There isn't a person out there who doesn't recognize Dorothy's ruby slippers, her gingham dress or Glinda's sparkling pink gown, the Tin Man's funnel hat or the Cowardly Lion's curly mane, or any of the other costumes from the movie. The man who created these iconic costumes that are still beloved over 75 years later is an icon himself - Adrian. 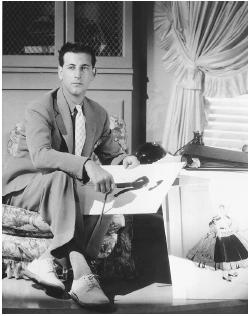 Gilbert Adrian was simply the best to be had in 1930s Hollywood. He dressed the biggest stars of the era, from Garbo to Crawford to Harlow. So it was only fitting that he be the one to costume one of the most beloved stories of all time, Frank L. Baum's The Wizard of Oz.
Adrian said that The Wizard of Oz had been one of his favorite childhood stories, and he had already started to design what he thought Oz looked like back then. So when he was brought on to create the costumes, he already had notebooks full of ideas. He would end up creating 3,210 costumes (with the help of 178 staff) for the picture.
At least one costume, however, was not an original. It had been designed by Adrian, but for a different picture. The dress: Glinda's magical pink gown. The star who wore it first: Jeanette MacDonald. The film: San Francisco (1936). 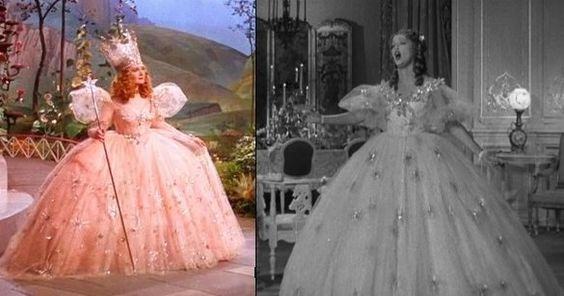 In The Wizard of Oz 75th Anniversary Companion by Jay Scarfone & William Stillman, they describe Glinda's gown as follows: "layers of delicate pink tulle sprinkled with northern stars and frosty snow crystals. Adrian added a butterfly motif and gave Glinda wings in homage to the script's description of Glinda's gift of flight." 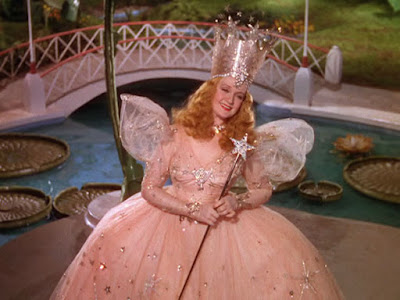 The original dress was a little different. To turn it into the iconic dress it is today, the sleeves were puffed up and sheer material added to make them end at the wrist. More glitter and stars were added and the majority of the sparkling decorations from the neckline removed. Other than these minor changes however, the dress is virtually the same. It is possible the dress was dyed pink, but I have no evidence of this. 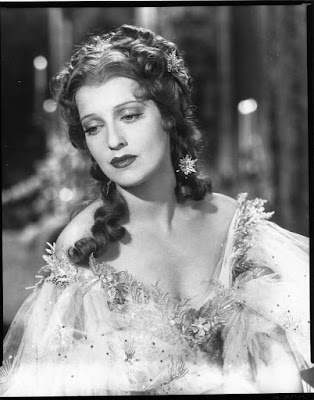 Below is a colorized clip from the film of MacDonald performing La Traviata wearing the dress. It has been tinted pale blue. 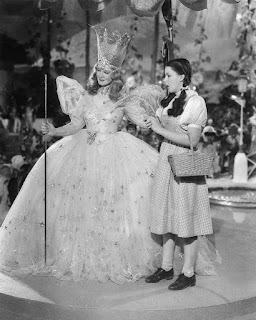 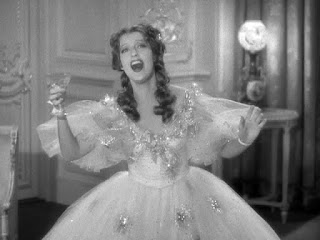 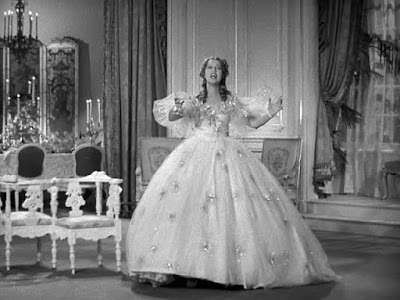 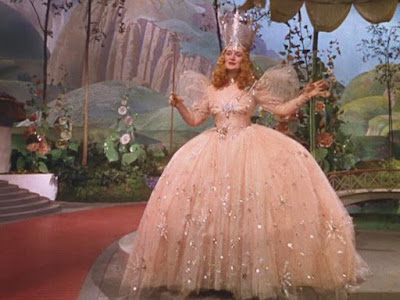