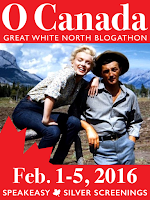 For one of the very first blogathons I participated in, I wrote about the Films of Dennis Morgan. Then, when the O Canada Blogathon was announced - hosted by Speakeasy and Silver Screenings, and I discovered that Morgan's frequent co-star and friend Jack Carson was Canadian, I decided to write about him.

Unfortunately there is not a lot about Jack Carson online and I was unable to find any books that mentioned him in a significant way (aside from "co-starring Jack Carson"). Even frequent co-star Jane Wyman's biography barely mentioned him.

Jack Carson was born John Elmer Carson on October 27, 1910 in Carman, Manitoba, Canada. His father, Edward L. Carson was in insurance. Jack had an older brother named Robert, also an actor (mostly uncredited bit parts in movies and later as an extra in television programs - you can view his filmography here). The family moved to Milwaukee when Jack was four and he always considered it his hometown. Dennis Morgan was also from Wisconsin and the two even starred in a picture titled Two Guys From Milwaukee (1946). 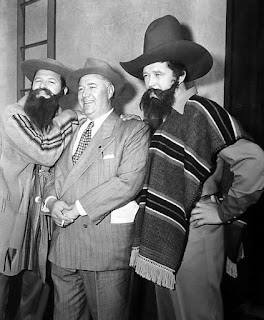 Carson was in a vaudeville act for a while and then, in 1937, went to Hollywood, where he joined RKO as a bit player. Some of his uncredited work includes small parts in the films Bringing Up Baby (1938) and Mr. Smith Goes to Washington (1939). He gradually gained the status of character actor but was unhappy with all of the comedies, musicals, and westerns he was cast in. In 1941 he moved to Warner Brothers. It was while there that he began to be paired with the two co-stars he is most identified with: Dennis Morgan and Jane Wyman.

Carson and Morgan appeared in fifteen films together. They were "Warner Bros.' answer to Paramount's Bing Crosby and Bob Hope; a crooner and comic who traded wisecracks while sharing unlikely adventures and an easygoing rapport" - TCM.

Carson and Wyman were in five films together. I have seen all of them (listed below). You can read about them here. 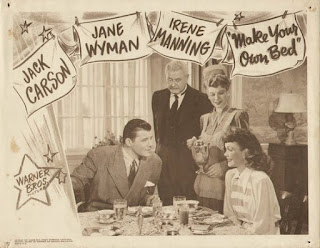 Between 1943-1947, Carson had his own radio show. It "centered on Jack's hectic home life at 22 North Hollywood Lane and his encounters with a variety of strange relatives, friends and neighbors. As in their vaudeville days Dave Willock was the sidekick playing the part of Carson's nephew Tugwell." - source. You can listen to some of the shows on YouTube. 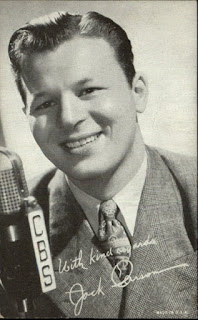 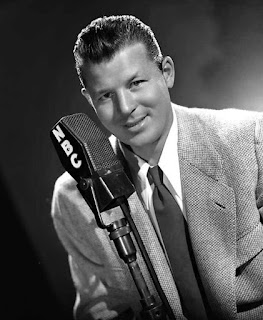 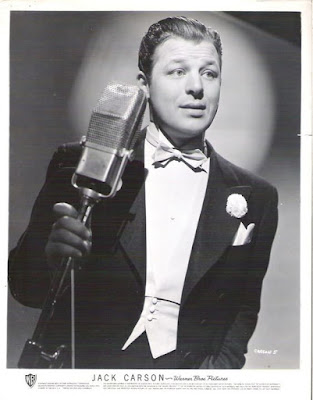 After Jack Carson died from cancer in 1963 (Jan. 2), Dennis Morgan became a national spokesman and fundraiser for the American Cancer Society.

Movies I have seen (films in bold are my favorite roles of Carsons):

The Doughgirls (1944) - though the film starred Ann Sheridan & Alexis Smith, Carson & Wyman are the ones who stole the picture, the comedy was overdone and forced in this picture, Eve Arden's character was flat our embarrassing


Joan Leslie remembered: “Carson and Morgan were like a couple of kids at play. When they worked, they would tease each other, play jokes on each other all the time.  A lot of times, they would take off for lunch and go over to Lakeside Golf Club, which is just across the way [from Warners], and maybe they would tee off or maybe they would have lunch.  They’d dawdle over lunch, and sometimes they wouldn’t come back at the end of the hour.  The director [David Butler] would say, ‘Do you know where they are?’  I’d say, ‘No, I don’t know where they are!’  And they would call Lakeside—and they would say, ‘No, they’re not here,’ and after two hours, they came in the big soundstage door, eating ice cream cones—’Oh! Were you looking for us?!’  That’s the kind of thing they did, and who could get mad at that?  Who could fire the two movie stars when they come walking in like that, being so darn cute!  I think that happened more than once!” - source


Day singing "It's Magic." Carson comes on at the very end. 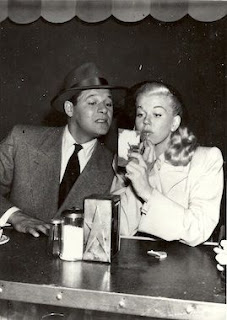 It's a Great Feeling (1949) - Dennis Morgan & Carson play themselves, they try to help Doris Day's character break into pictures, lots of star cameos. Here's a great post on Carson and Day and their three films.

Other notable films I have yet to see: 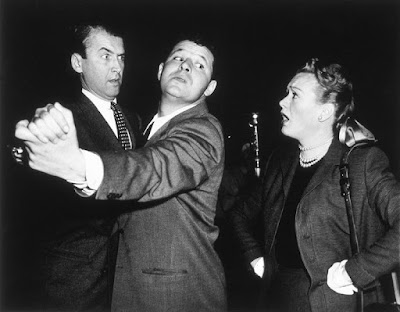 Nicknamed "King of the double-take."

Was a pilot. He volunteered to join the U.S. Army Air Corps but was rejected due to his height. He was turned down by the Army because he had flat feet.

During the 1940s, he would often disappear from Hollywood for weeks at a time. Only his wife knew where he went, and she (Kay St. Germain Wells) would tell no one. Years later Carson revealed the secret: he had joined the Clyde Beatty circus as a clown and was traveling with their show. Audiences never knew it was him; "They loved me and my routines," he said.

Had two children with his second wife, Kay.

Dick Powell also died of cancer on the same day as Carson. 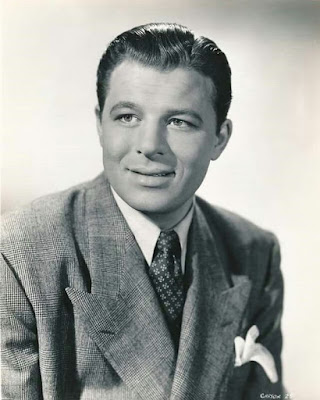 People will always laugh at somebody else's discomfort. But they only laugh because they have suffered the same indignity themselves or known darn well how it feels. Being a comedian is almost like being a doctor--the more troubles you discover and understand, the more gladness you can bring to an audience.