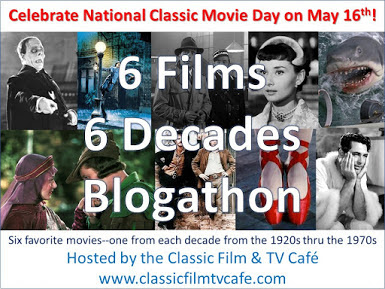 Once again,the Classic Film and TV Cafe blog is hosting a blogathon on National Classic Movie Day! This year the topic is 6 Films 6 Decades, where the participants choose one favorite film from each decade from the 1920s through the 1970s or 1930s through the 1980s. So without further ado, here are my choices! I decided to start with the 1930s because I like my favorite 80s movies more than my favorite 1920s movies. I also tried to pick ones I haven't written about before. 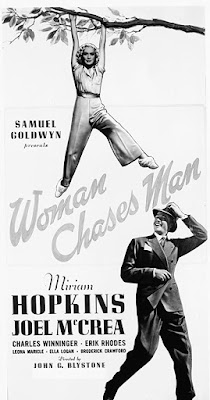 Woman Chases Man (1937) - I discovered this film earlier this year. The very next day I had to show it to my family and then I purchased it on dvd during the final 4 for $44 Warner Archive sale.

In this screwball comedy, Miriam Hopkins is a female architect trying to get a job with Charles Winninger, who is building an low-income housing development. The only problem is he doesn't have the money to finish the project and his son, Joel McCrea, won't loan him anymore. Hopkins takes it upon herself to convince the stuffy McCrea to lend his father the money and in the process falls for him. If you've never seen Hopkins do comedy you are in for a treat. The part when she talks about her time working as an usher in a movie theater is ridiculously hilarious. 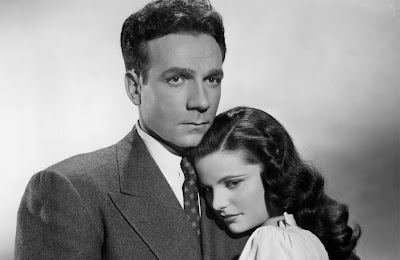 Embraceable You (1948) - This movie had been on my Want to Watch list for a long time before TCM finally aired it last year. A big fan of Dane Clark, I instantly loved this film. It is so sweet and the lovely strains of "Embraceable You," one of my favorite Judy Garland songs, greatly added to the romance of the film. Sadly it is not on dvd (and with the imminent demise of Warner Archive I don't see that happening... ever) and can't be found online anywhere.

Eddie Novac (Dane Clark) is a small time hood that accidently hits a girl, Marie Willens (Geraldine Brooks), while driving a getaway car for a gambler. Feeling bad, he visits her in the hospital pretending to be her brother's friend (she doesn't have a brother) and is told by the doctor she has an inoperable brain injury and could die at any time. Knowing that he was the cause of the accident, the cop following Novac makes him take care of her, including paying for her to have a nice apartment. Novac blackmails the gambler for money who in turn sends his boys after him. During all this, Novac and Marie fall in love and she learns the truth about her collapsing attacks. I won't give away the ending. Hopefully TCM will air it again soon and you will be able to see it! 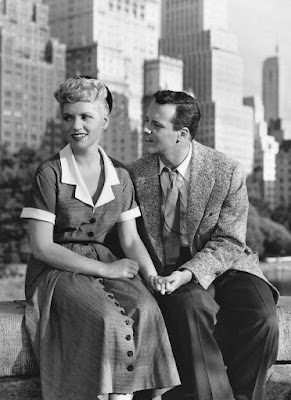 It Should Happen to You (1954) - I feel like this film is better known (TCM airs it frequently) so I won't go into the plot. Basically it's about what happens to Gladys Glover (Judy Holliday) when she puts her name on a billboard in the middle of NYC.

I love the chemistry between Holliday and Jack Lemmon (in his first starring role) in this film. My favorite scenes are the opening in Central Park, the piano scene, when Gladys watches the movie Pete (Lemmon) made for her, and of course the end.

Fun fact: The stairs serving as the stoop of Holliday's apartment also stood in for the stoop of Carrie Fisher's apartment in When Harry Met Sally (1989). Sadly they have been removed since then (there is an identical set next to where they used to be). 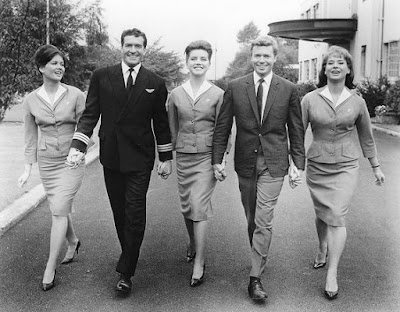 Come Fly with Me (1962) - It's not a unique story line - three girls looking for love - but it's a fun little movie with some great on-location scenes and a look at air travel in the early 60s.

Dolores Hart is looking for a rich man and thinks she has found one in a Austrian baron (Karl Boehm) but who happens to be mixed up in some shady business; Pamela Tiffin wants a one-woman man but falls for a womanizing pilot (Hugh O'Brien); and Lois Nettleton just wants a nice man and finds one in recently widowed Karl Malden. 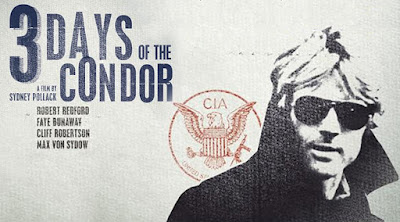 Three Days of the Condor (1975) - This movie had me hooked quickly! Redford reads books for the CIA for a living, looking for government conspiracies. All hell breaks loose when he comes back from lunch to find his co-workers murdered. Soon he is on the run with no one to trust - until he kidnaps Faye Dunaway and forces her to help him! 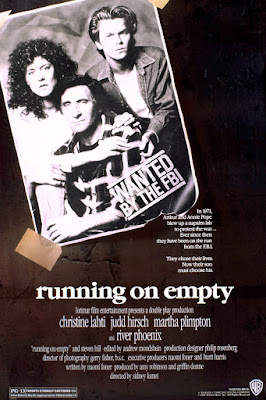 Running on Empty (1988) - Danny Pope (River Phoenix) has been living under assumed identities his entire life. His parents were involved in anti-war activities when they were younger and have been hiding out ever since, taking their two children with them. Whenever the authorities start to get close, the family moves to another town, take on new names, and start over. Danny, a talented pianist, wants to go to Julliard, but in order to do so he would have to leave his family behind forever.

River Phoenix was nominated for an Oscar for this role, and he deserved it.

I hope you discovered some new movies from this list. Be sure to check out the other bloggers lists (click here) to get some fantastic recommendations! And thanks to Rick for hosting this fun annual event :)