This post is always as sad one to write as I remember favorite actors and actresses from Classic Movies and Television who have passed away. Sometimes it's a shock all over again as, being so alive on the screen, I've forgotten they're gone.

Jan. 5 - First Rose-Marie at the end of December and then Jerry Van Dyke. Not a good time for Dick Van Dyke (thankfully still with us - looking forward to seeing him in Mary Poppins Returns). 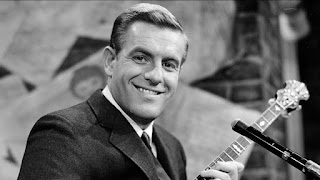 Jan. 19 - I'm still upset the Academy left Dorothy Malone out of their Remember video at the Oscars. It's incredible sad that an Oscar winner can be forgotten so easily...!

Feb. 9 - Losing John Gavin was a sad one from me. I've had a crush on him ever since seeing Tammy Tell Me True. He gets a lot of flak for his "wooden acting" but I've always enjoyed him in whatever movie he shows up in. He is probably best known as Janet Leigh's boyfriend in Psycho (1960).

March 10 - I didn't even know that Hubert de Givenchy had still been alive! He is known by all classic movie fans for the many incredibly chic costumes he designed for Audrey Hepburn. And after the British Royal Wedding in May the designer house that bears his name is finding a new audience.

Sept. 6 - Oh man, Burt Reynolds was a tough one. I absolutely love Smokey and the Bandit and even got to see it on the big screen last year! It was so much fun to watch with an audience and I'm glad he was still alive when I did see it.
Posted by Phyl at 11:40 AM