Movies I Watched in August

Well August was certainly a busy month for me movie wise! There were so many great movies airing for TCM's Summer Under the Stars. I was most excited for the days devoted to Eleanor Parker and Dennis Morgan. I also was able to get even more acquainted with Greer Garson and watch my first real Esther Williams swimming movie (I'd only seen The Hoodlum Saint and Easy to Wed) on Ricardo Montalban day. What days were you the most excited for/watched the most movies on? Did one of the features stars become a new favorite?

Not listed below as I didn't watch the entire movie but I also watched the first 30 or so minutes of the (definitely!) French film La Ronde (1950) for the segment with Simone Simon.
Least Favorite: Today We Live should have been called "Today We Die." Also, what was up with Joan holding a roach?!? Gross!!! Many Rivers to Cross was somewhat painful to watch because Taylor and Parker are putting on backwoods accents... (I loved the Victor McLaglen and James Arness storylines though so worth a watch). Three Husbands wasn't very good either, despite a story and screenplay by Vera Caspery, you know, the one who wrote the novel Laura?

Favorite Movie of the Month: Niagara was all kinds of amazing. Valley of the Kings was pretty exciting too, even with the clichés. 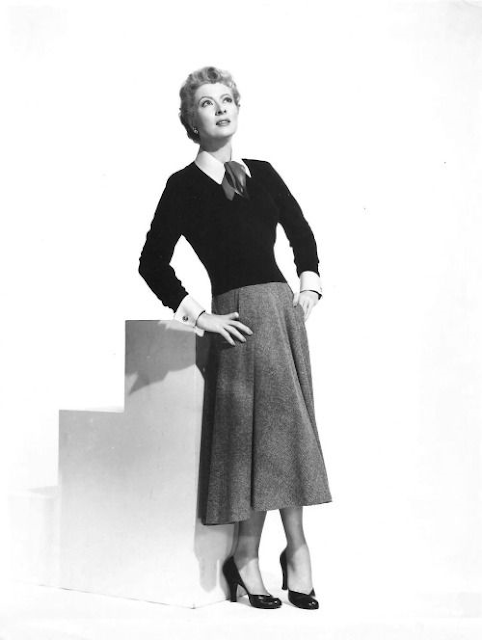