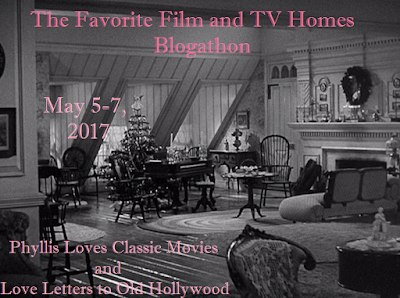 Have you ever watched a movie and found yourself looking at the house instead of listening to the dialogue?

Do you find yourself taking screenshots of living rooms, dining rooms, and bedrooms in a movie, and trying to NOT get the actor in the shot?

Do you ever find yourself trying to draw a floor plan of a movie or television home you would like to live in?

If you answered yes to any of these questions then this Blogathon is for you!!!

For quite some time now, I have been wanting to host a blogathon dedicated to those film and TV homes that we know almost as well as our own. When I saw Love Letter's To Old Hollywood's post on The Bachelor and the Bobby-Soxer with all of its screenshots of Myrna Loy and Shirley Temple's house in the film, I knew I had found the perfect co-host. 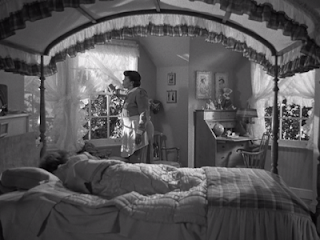 The Bachelor and the Bobby-Soxer

The fun will begin on May 5, 2017 and run through May 7, with a wrap-up day for late entries. I will be hosting Days 1 and 3 and Michaela will host Days 2 and the wrap-up day.

Here are the rules Michaela and I came up with:

1. Films must be pre-1970 and television shows pre-1975 (must have started its first season before then). Both houses and apartments are acceptable.

2. NO DUPLICATES! There are plenty of gorgeous homes and apartments to go around. We can't have everyone choosing Bringing Up Baby or Mr. Blandings Builds His Dream House!

3. Please try to include screenshots of the house or apartment you have chosen (if anyone needs help figuring out how to take a screenshot, please let me know).

4. Let me know what movie you would like to do in the comments below or over at Michaela's blog Love Letter's To Old Hollywood. Make sure you include the link to your blog so I don't have to hunt for it!

5. Take one of the awesome banners Michaela made and share it on your blog. And lastly, have fun!!!
﻿ 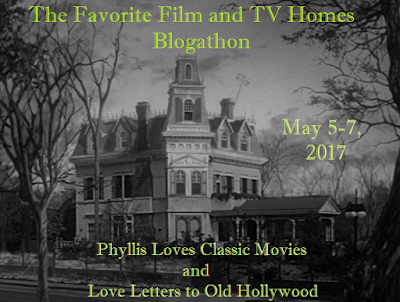 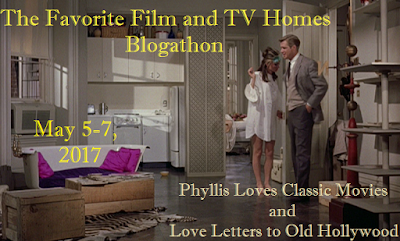 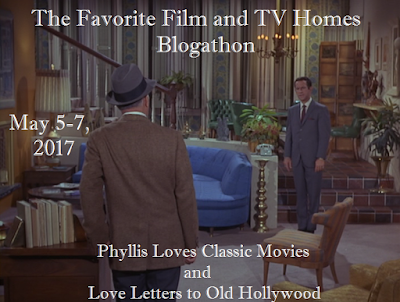 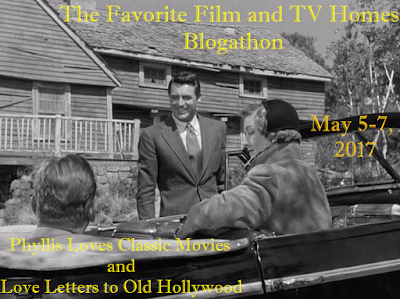 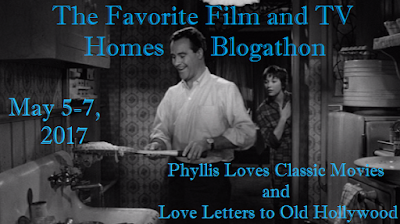 Hamlette's Soliloquy: Gene Kelly's apartment in An American in Paris (1951)

Bewitched with Classic TV: The Cleaver's house from season 1 & 2 of Leave it to Beaver

In the Good Old Days of Classic Hollywood: TBA

Realweegiemidget Reviews: The Von Trapps home from The Sound of Music (1965)

Silver Screenings: Apartment from How to Marry a Millionaire (1953)

The Midnite Drive-In: The Village from the British TV/ Patrick McGoohan series The Prisoner

Critica Retro: Buster Keaton's houses in The Scarecrow (1918) and The Electric House (1922)

Champagne for Lunch: The Smith family home in Meet Me in St. Louis (1944)

Silver Scenes: The water-wheel house from When Ladies Meet (1941) & the cliff mansion in The Chalk Garden (1964)

Crimson Kimono: The dwellings in Vertigo (1958)

Thoughts All Sorts: The tree house in The Swiss Family Robinson (1960)
Posted by Phyl at 8:00 AM