A few weeks ago, Quiggy from The Midnite Drive-In graciously asked me if I would like to co-host a blogathon with him on Favorite Directors. As is apparent by all the blogathon banners running down the right side of my blog, I love blogathons, so of course I said yes.

As everyone knows, directors are essential to a successful film. A film director "controls a film's artistic and dramatic aspects, and visualizes the script while guiding the technical crew and actors in the fulfillment of that vision. The director has a key role in choosing the cast members, production design, and the creative aspects of filmmaking." Without a good director, a film may die before it's finished or never achieve the success it might have.

There are many directors from the Golden Age of Hollywood who have become iconic and whose faces are instantly recognizable. Then there are the directors who's films are loved by many but who are only known by name. And lastly there are the ones who are never given the acclaim they deserve. That is what this blogathon is for, to honor all directors. 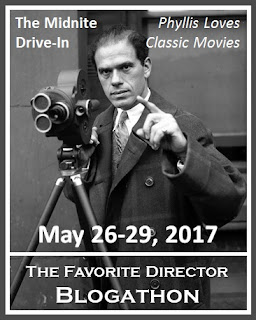 Here are a few simple rules:

1. Directors from the early days of film up until 1990 are fine. You can choose a single film that particularly showcases the style of that director or cover an entire career. When you've made your choice, please let me or Quiggy know in the comments below. Be sure to include the link to your blog so I can add it easily to the roster.

2. No duplicates of movies. However, if someone has chosen Alfred Hitchcock's Psycho you can still pick another film he directed or his career as a whole.

3. Since this blogathon is taking place over Memorial Day weekend, early admissions will be accepted. If you will be out of town simply publish your post ahead of time and leave the link to it in the comments below. It will be added at the appropriate time.

4. Take one of the banners below and share it on your blog to spread the word! 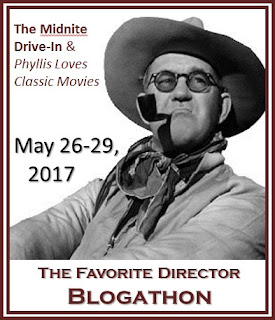 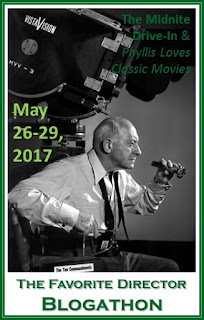 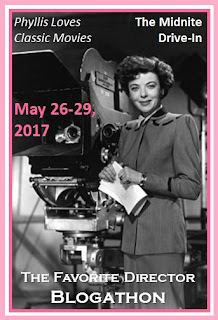 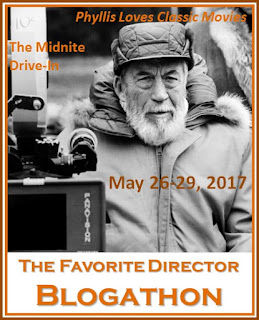 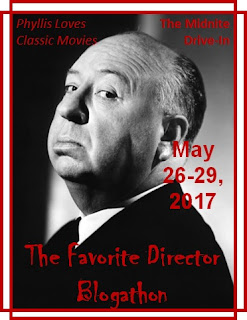 *Whimsically Classic: Billy Wilder's The Major and the Minor (1942)

John V's Eclectic Avenue: Jacques Tourneur's  Out of the Past  and Curse of the Demon

*Because We Have the Stars: Billy Wilder' Sunset Boulevard (1950)

A Viewer's Guide to Classic Films: D.W. Griffith's films Scarlet Days and Way Down East
Posted by Phyl at 8:00 AM