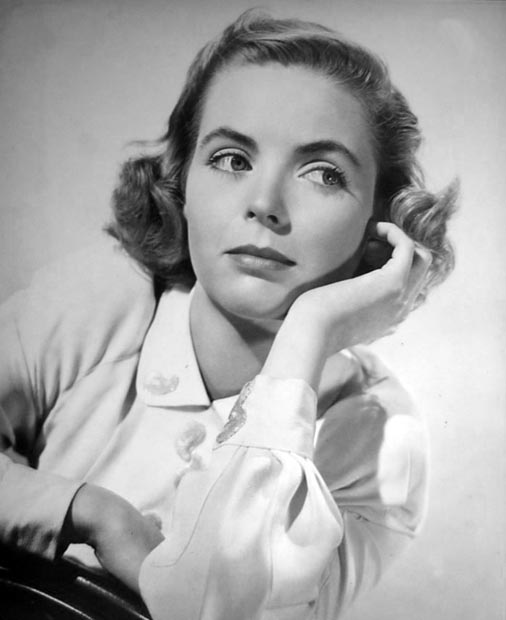 Recently I've become interested in the movies of Dorothy McGuire. It started last month with my post on The Spiral Staircase (1945) for the Barrymore Trilogy Blogathon. Then, after seeing it listed many times on the TCM schedule but never watching or recording it, I watched The Enchanted Cottage (1945) last week. The next day I watched McGuire's first film Claudia (1943) on YouTube and yesterday I watched Mister 880 (1950). I enjoyed all of them, especially McGuire's performance in them. 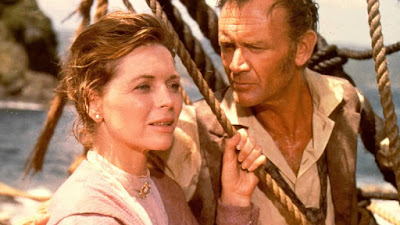 Of course I have seen her in films before. Like most people I've seen The Swiss Family Robinson (Disney - 1960), although my eye was mainly on Fritz at the time, and I've seen Summer Magic (Disney - 1963)a couple times, and probably a little of Old Yeller (1957 - I have never watched the whole thing though and don't intend to), but in all of them she's just the kind yet concerned mother (plus I was a teen). I also watched Three Coins in the Fountain (1954) last year. Her performance was very good but she was too young for the role - in which she is interested in Clifton Webb whom she is the secretary of.

The Enchanted Cottage (1945) was, as the title suggests, enchanting. McGuire is a plain girl who marries a man (Robert Young) who's face was badly disfigured in a plane accident as a matter of convenience - this is WWII. In the enchanted cottage however, they see each other as beautiful and fall in love. My only complaint is that McGuire wasn't "plain" enough for the role. Her character truly thinks she is ugly and I've definitely seen worse! All she needs to do is style her hair, do a little eyebrow trimming, and put on some makeup and a stylish dress! Another thing that bothered me is that it is implied that one cannot be happy unless they and their spouse is attractive. Also starring in the film are Mildred Natwick, who owns the cottage, and Herbert Marshall in a superb performance as a blind musician.

Claudia (1943) is a more unusual film. McGuire and Young (in their first of four films together), are newlyweds living out in the country. McGuire - "Claudia" - is always running around, going through windows instead of doors, letting another man kiss her to see how she liked it, and admits to being attached to her mother (luckily Mother and Young get along well, no "in-law" animosity). Halfway through the film we discover the mother is ill (I'm guessing cancer but they never say what she has) and is going to die soon. She tries to hide it from Claudia but she overhears - one of Claudia's faults is eavesdropping on the phone extension. The movie basically ends with everyone accepting Mother's impending death and going on as if everything is okay. The movie was a hit, however, and McGuire and Young reprised their roles in the sequel Claudia and David was made in 1946. Unfortunately it's not on YouTube (their last film together was the 1978 TV mini-series Little Woman).


Mister 880 (1950) is a wonderful gem of a film, and I fear little known except to fans of McGuire and Burt Lancaster, who co-stars. Lancaster works for the Secret Service. He is called in to work on a counterfeiting case that has been baffling the Service for 10 years. When McGuire passes a fake bill, Lancaster begins trailing her. He then manages to get a date with her to investigate further. She finds out who he is and plays with him a little, leaving suspicious materials around her apartment. He's not too mad at her  - they're going pretty steady by now. It helps that he's got some good leads on "880" (the file number of the counterfeiter). Edmund Gwenn is McGuire's delightful neighbor. This is a must-watch.


I am definitely going to be watching more of McGuire's films in the near future. I've been wanting to watch Gentlemen's Agreement (1947) for John Garfield for some time now and I want to get A Tree Grows in Brooklyn (1945) from my library and any other films of hers they have.


Have you watched many of McGuire's films?
Has she caught your attention in a certain one?
What are some of your favorites? 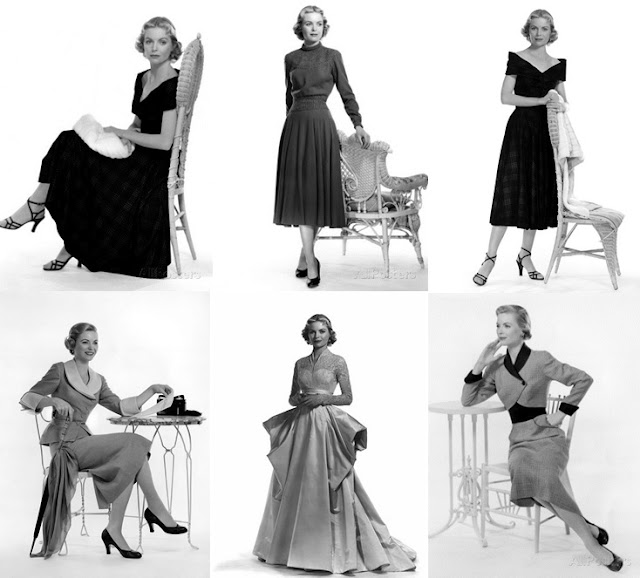