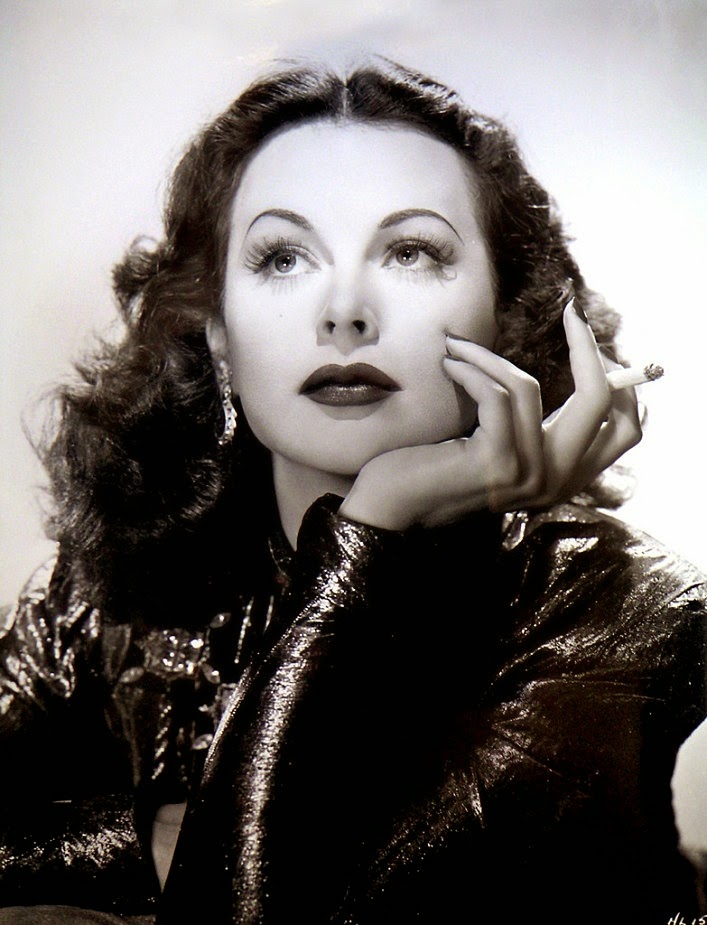 Sunday, November 9th, would have been screen goddess Hedy Lamarr's 100th birthday*. According to an article on c|net, she helped develop an "early version of spread spectrum communication, which is part of the basis for wireless technologies such as Bluetooth and Wi-Fi." She died in 2000.

Here's some interesting facts about her from IMDb: 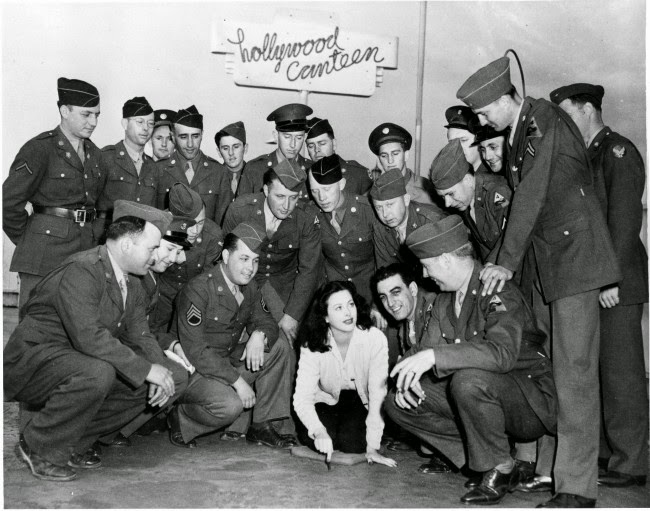 Signing her autograph in the cement court at the Hollywood Canteen - source (lots of great pictures!) 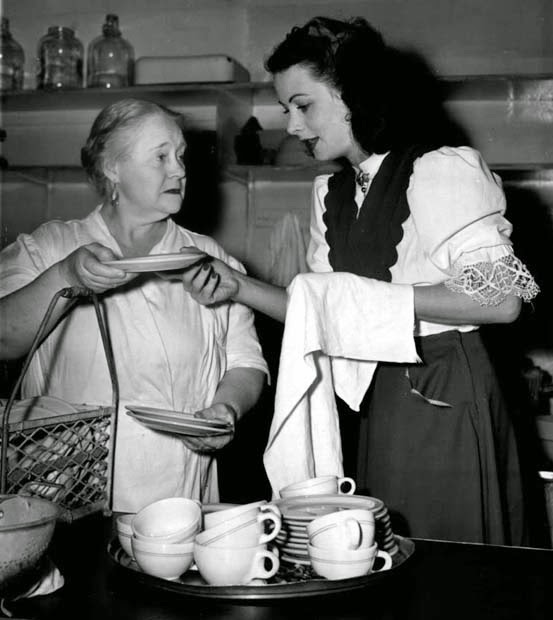 Doing dishes with actress Mary Gordon in the kitchen of the Hollywood Canteen,
November, 1943 - source

*November 9th was also my grandfather's 100th birthday! Who knew they were born the same day!
Posted by Phyl at 1:37 PM