Bette Davis made her film debut at the age of 23 in Universal's The Bad Sister (1931), playing Laura Madison. In her autobiography, The Lonely Life, Bette remembered:

I felt my chance had come. But it was not yet my day. Sidney Fox was given the lead...and I was cast as her sister. I was thrilled to be in a picture with Conrad Nagel, whom I had seen so many times on the screen. I couldn't believe that I was actually sitting next to him on the set (Davis, 111).

I was so virtuous, so noble and so saccharine that it turned my stomach. All that nobility and what did it get me? The second lead (Davis, 111).

According to biographer Grace Mary Carter, when Bette went to see the film with her mother she was horrified.

It was awful. So was she. Bette could plainly see that she was not the least bit photogenic. To make matters worse, her smile was lopsided, caused by being embarrassed in front of the camera. "My hair! My clothes! My God!" she thought. When the film was over, mother and daughter drove home in silence (Carter).

Luckily this wasn't the end of Bette's career. Cameraman Karl Freund noticed that "Davis has lovely eyes" and Universal kept her for another three months. "What better reason to renew my contract?" Bette joked (Davis, 113).
She wears one hat in the film at the very end. There's also a great photo on Getty Images. 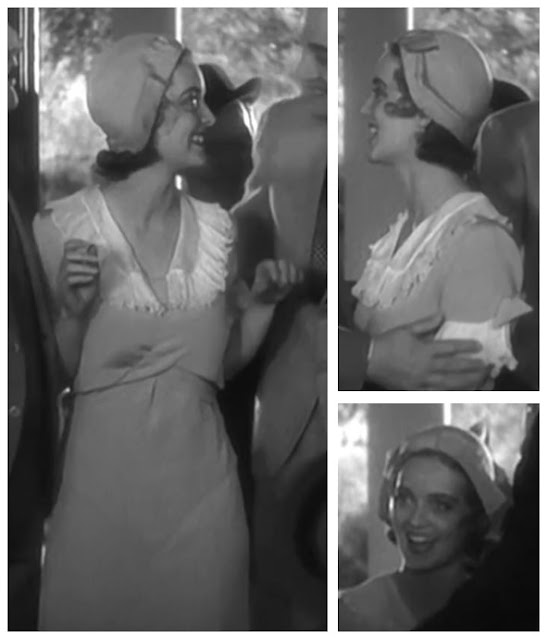 The critics had conflicting opinions of her first performance:

Miss Davis' interpretation of Laura is too lugubrious and tends to destroy the sympathy the audience is expected to feel for the young woman.

Bette Davis holds much promise in her handling of Laura, sweet, simple, and the very essence of repression.

~ VARIETY
The film has been independently restored and upload to YouTube. You can click here or watch below.
I cannot find a copy of Bette's second film, Seed (1931), so I don't know if she wears any hats in it. The critics do not mention Bette's performance (the NYT wrote that there were "passable performances by some other players" and Bette often omitted it mentioning it herself when talking about her career). However, I do want to include this stunning photo of one of her costumes that appeared in the August 1931 PHOTOPLAY segment "Reviewing Screen Fashions with Seymour." 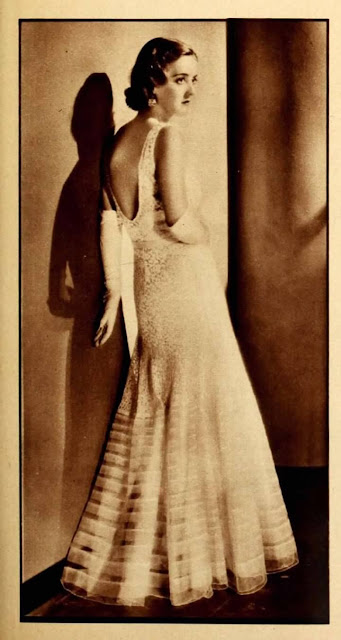