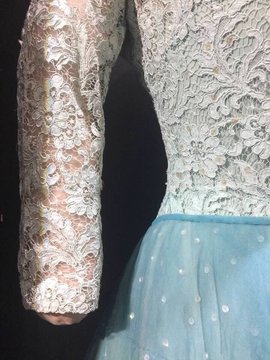 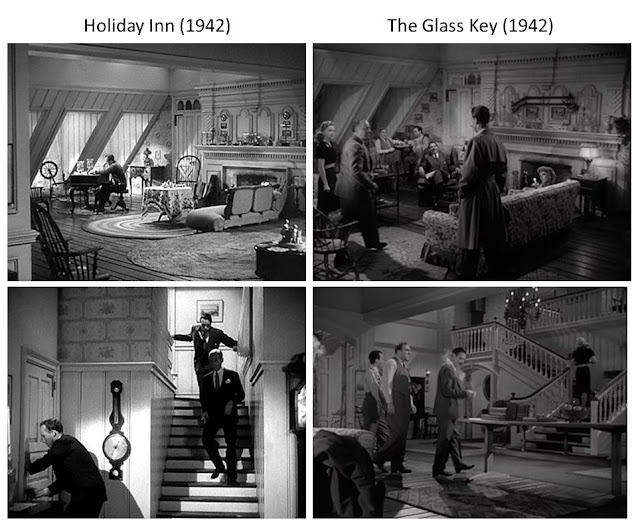 The bottom images show the same wallpaper and grandfather clock. The stairs may be the same as in the main room of the lodge but in a different configuration. 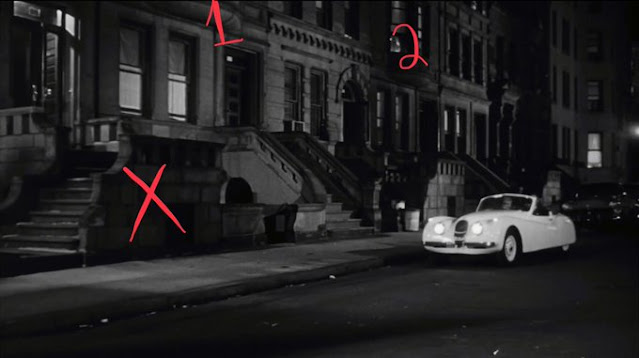 The stairs to Holliday's apartment are marked with an X. Behind them is an identical set. In the image below you can see they are no longer there. They also appear in When Harry Met Sally (1989), as the steps to Carrie Fisher's apartment. Harry(Billy Crystal) and Sally (Meg Ryan) have an argument here. The identical steps behind them were apparently painted off-white at the time. 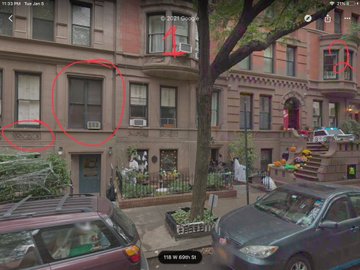 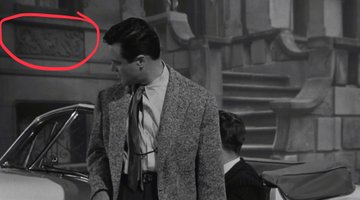 Detail of the stonework under the window. It is different under each set of windows. It is circled in the Google Maps screenshot above. I wanted to visit this apartment when I was in NY in 2019 but it was a little out of the way. If I had I would have taken pictures on the wrong set of steps!
Posted by Phyl at 1:51 PM