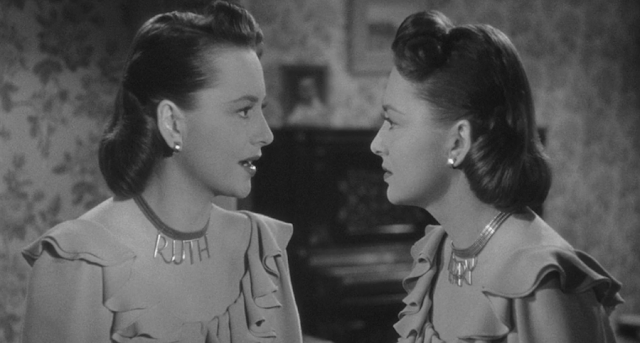 That's one of the taglines used for The Dark Mirror starring Olivia de Havilland, Lew Ayres, and Thomas Mitchell. The film was, to me, reminiscent of Gaslight (1944), where Charles Boyer slowly drives his wife, Ingrid Bergman, to insanity. In this case however, one twin is slowly driving the other twin crazy. I found this film particularly intriguing as one is not used to seeing the sweet Olivia de Havilland acting so evil and ruthless. 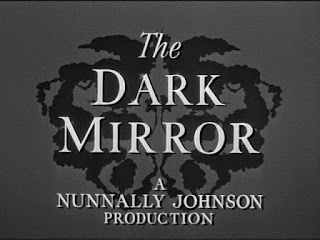 The ink blot test plays a big part in the film.

She plays twins Terry and Ruth Collins. One of them murdered someone. Both have perfect alibis. One is psycho. The other is slowly being made psycho. There are several scenes involving psychology, as the film was made in a time where psychoanalysis was a new field. There are several scenes involving the Rorschach ink blot test and it is even used in the opening credits. The twins are told this is for a twin personality study, but really they are trying to determine which one is the killer. 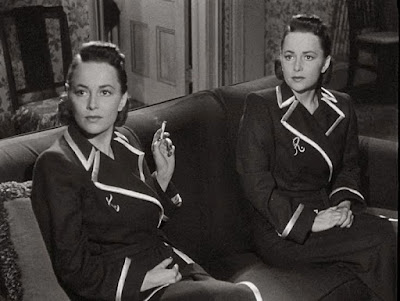 Terry and Ruth wear lots of personalized jewelry to help others tell them apart. The pieces from the film, which were created by Joseff of Hollywood, were auctioned off last year and can be seen in the catalog pages below. 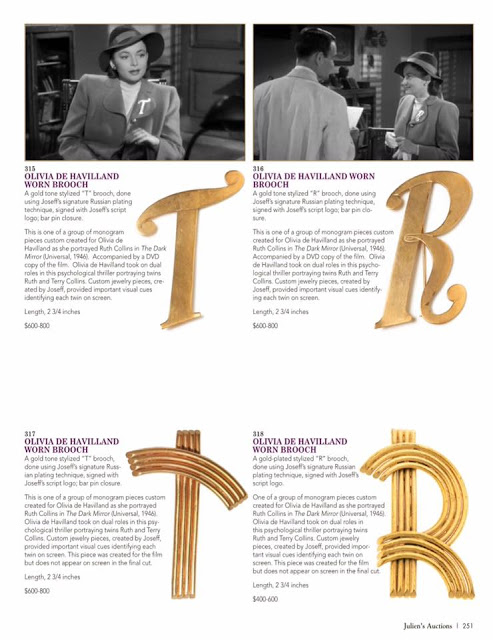 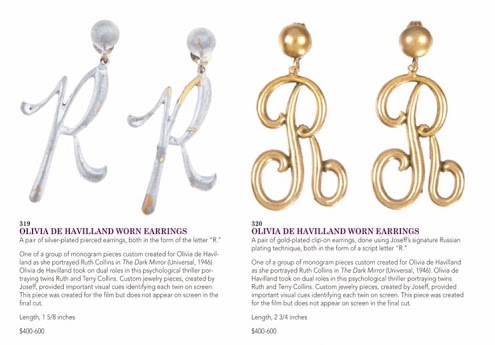 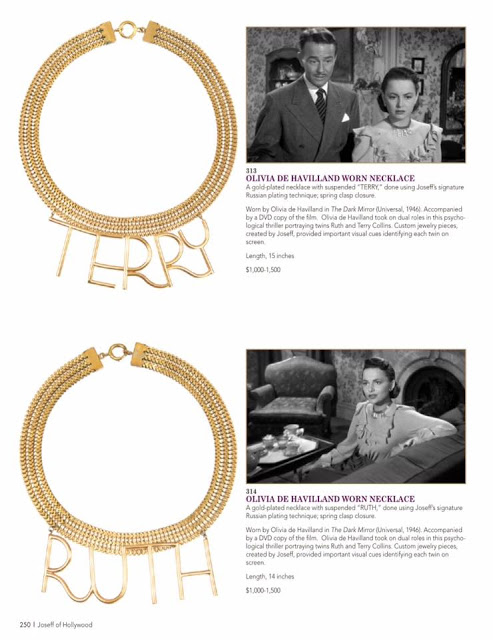 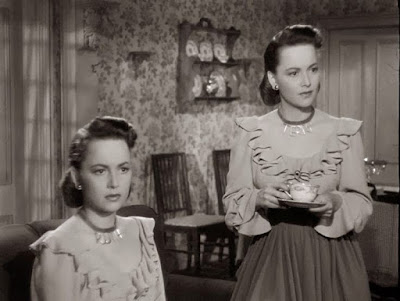 Meanwhile, the evil twin (Terry) is driving the good twin (Ruth) out of her mind slowly. She plays music on a record during the night and pretends not to hear it or remind her of things that one of them said that she doesn't remember. This causes the Ruth to start to lose her grip and wonder if  she maybe didn't commit the murder after all. She also begins to rely on sleeping pills to get a good night's rest, taking more than she needs at her sister's suggestion. 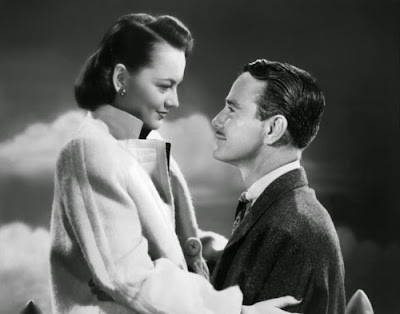 Ayres plays Dr. Scott Elliot. While conducting the tests on the twins, he falls in love with Ruth. After he has completed the tests, he knows which one is the killer and sets a trap. He invites Terry up to his apartment to tell her something "important" (the identity of the killer). He makes Terry believe that he thinks she is Ruth. When Terry comes to his apartment, he confronts her and tells her that he knows she's Terry and that she did it. She still tries to blame it on Ruth. They are interrupted by a call that Ruth has committed suicide. They rush to the apartment and Scott goes into the bedroom to confirm the death. Terry, thinking that Ruth is dead, now pretends that she is Ruth and that she was trying to help cover up Terry's crime. As she talks, she becomes more and more into her lie. Suddenly, the real Ruth's reflection appears in the mirror. Terry throws an object at the mirror and completely breaks down. After she is taken away, Scott explains why the had to pretend she was dead and comforts her. 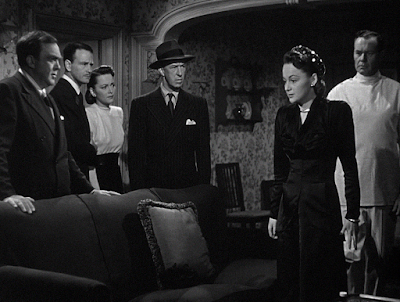 You can watch the full movie here on YouTube.

This post is for The Third Annual Olivia de Havilland Blogathon hosted by myself and In the Good Old Days of Classic Hollywood. Please check out the other posts and come back next year to celebrate the lovely Olivia! 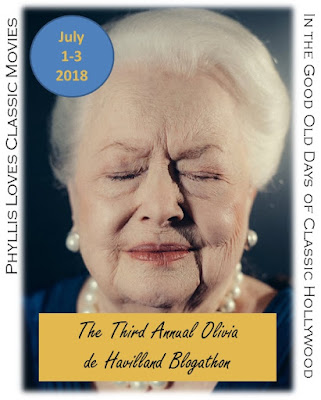