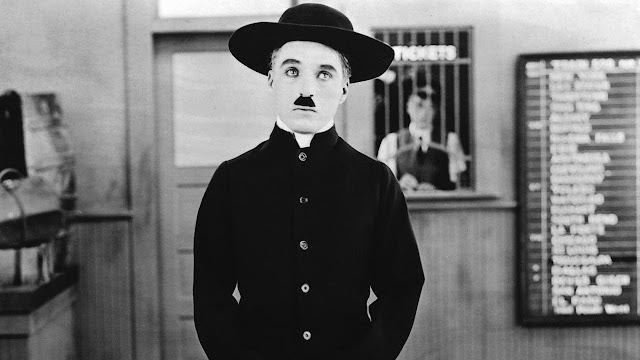 The Pilgrim (1923) - written, directed, and produced by Charlie Chaplin - was Chaplin's last "short" before going into feature length films. In it, Chaplin plays an escaped convict who disguises himself as a minister and is mistaken for the new parson in a small Texas town. He is brought to the church where, in my favorite scene, he acts out the story of David and Goliath. You can watch it below:


After that he is brought to the house where he will stay. On his way there he is recognized by his cell mate who follows him and invites himself to tea. While there, the landlady tries to pay her next mortgage bill to the deacon, who refuses to accept the payment on the Sabbath. Chaplin's friend proceeds to steal the money and Chaplin chases after him, recovering the money and returning it to the landlady's pretty daughter. He is then recognized as a convict and arrested. On his way back to jail the sheriff lets Chaplin escape into Mexico, where he has no jurisdiction. 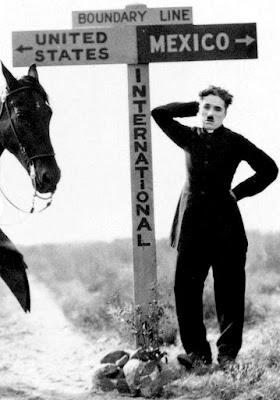 An interesting note from an article on TCM: "Also notable in the cast is Chaplin's brother Sydney who appears in three roles as the eloping man, the train conductor and the father of the "slapping boy." The "slapping boy" is played by three-and-a-half-year old Dean Reisner and son of The Pilgrim's assistant director Charles Reisner (who also plays the pickpocket). Dean would grow up to become a leading screenwriter in Hollywood, penning the "do you feel lucky, punk" scene for Dirty Harry (1971)."

This little film was great fun to watch. Being so short it's hard to write about, so I hope this short post will encourage you to watch the film for yourself, which is linked for you below:

This post is part of The Charlie Chaplin Blogathon hosted by Little Bits of Classics and Christina Wehner. Be sure to check out all of the other posts! 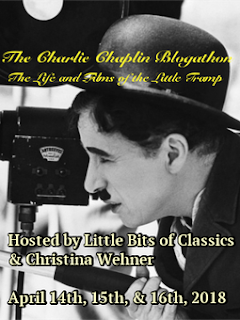 “All images from Chaplin films made from 1918 onwards, Copyright © Roy Export S.A.S. Charles Chaplin and the Little Tramp are trademarks and/or service marks of Bubbles Inc. S.A. and/or Roy Export.”
Posted by Phyl at 12:15 AM