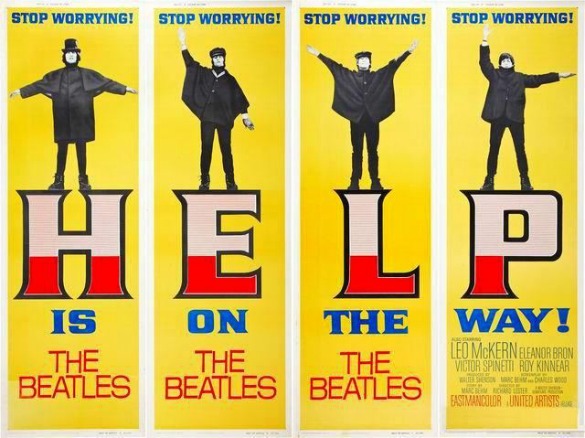 The first time I watched Help! it instantly became one of my favorite and most quoted movies.
Hey, someone's got a hold of me finger.
Go to the window.

Take this hastily scribbled note, hastily.
Would you pick this up for me please?
Say no more... I will say no more.
I am moving my right leg. I am moving my left leg.
I'm going to miss the sacrifice!
Hey! Be-a-tle!
England. It's a cold place.
George: I'm always getting winked at these days. It used to be you didn't it Paul?
Typed out they don't sound so funny, unless you've seen the movie before. You have to say it the way the Beatles say it. 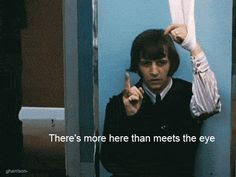 It goes without saying that the Beatles were clearly on something when they made this movie. Most of it is pointless but that is what makes it hilarious.

The plot of the film is equally ridiculous.
Ringo (whose birthday is tomorrow by the way) is sent a giant ring from a fan. What he doesn't know is, whoever wears the ring must be sacrificed to the great Kali within a short time of wearing the ring. The sacrificial victim also has to be painted red. 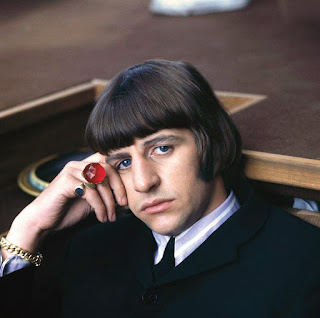 The ring.
Once Ringo finds out it is a sacrificial ring he is eager to give it back. The only problem: it's stuck on his finger. The rest of the movie shows the attempts made to sacrifice Ringo.

John finds glasses in his soup. 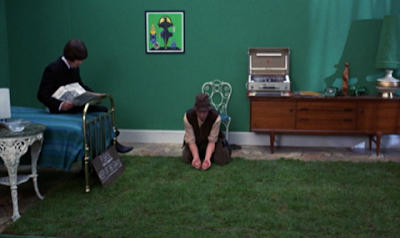 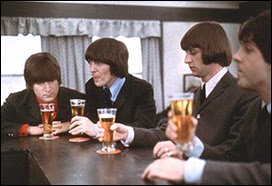 At the pub.
Ringo is also being chased by a mad scientist, who wants the ring so he can, "Dare I say it, rule the world." 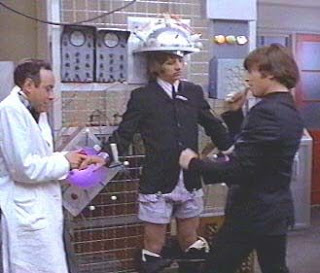 Trying to shrink Ringo's finger.
The film also has an amazing soundtrack. I love every song in the movie (my favorite is "I Need You"). Fun Fact: the song "Another Girl" was never performed in concert by the Beatles. Paul McCartney performed it for the first time in April of this year in Japan. 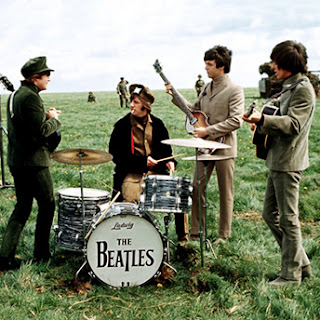 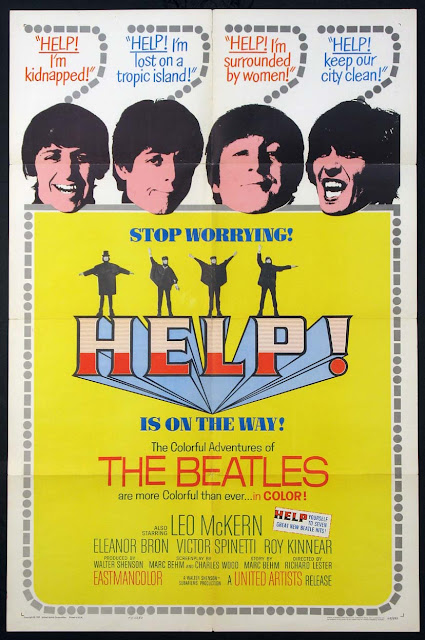 The official Beatles site has lots of video clips and photos. You can buy the Deluxe Collector's Edition DVD Boxed set for $95 here. It come with a lot of great memorabilia like lobby cards and a poster. It even has a reproduction script!!
This post is part of the Beatles Film Blogathon hosted by Steve at Movie Movie Blog Blog. Be sure and check out all of the other great posts about the Fab Four! 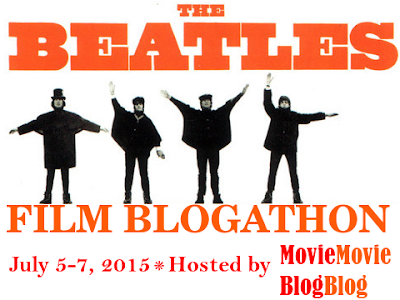