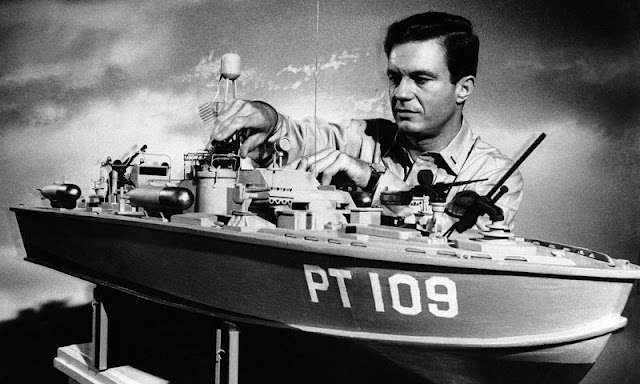 Back in the day when men were men and women were women and president's looked like president's... a movie was made about John F. Kennedy's service during WWII. The star of the film was Cliff Robertson, hand-picked by the president himself. The film: PT-109 (1963).


IMPORTANT: PT-109 is airing on TCM Nov. 1 at 8 pm ET. If you miss it, who knows how long it will be before TCM shows it again. I had to wait a couple years before they showed it earlier this year. 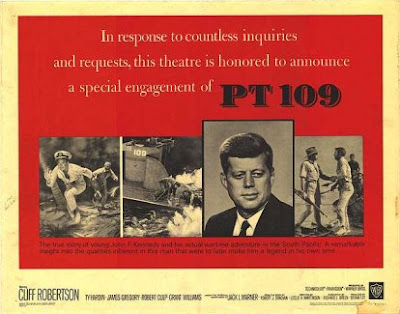 As most biopics, the picture runs long - over two hours. Now, being a big fan of Cliff Robertson, I didn't mind the long length. He's also the only major star in the movie.

Here is the description from the TCM site:


In the early days of World War II, Lieut. (j.g.) John F. Kennedy arrives in the Solomon Islands to assume command of the battle-scarred PT 109. After making hasty repairs, he and his crew are sent to rescue a Marine patrol trapped on Choiseul. Though the mission is successful, the boat runs out of fuel and has to be towed back to base. Then, on the morning of August 2, 1943, while attempting to prevent the Japanese from landing troops at Vila, PT 109, having no radar equipment, is rammed and split in two by an enemy destroyer. Two of the men are killed, and Kennedy decides the only chance he and the other survivors have is to swim to a nearby island. One of the men is too badly burned to swim, and Kennedy tows him through the water. All efforts to make their location known fail until Kennedy writes a message on a coconut, which friendly natives take to nearby Rendova. They return with a canoe, hide Kennedy under palm fronds, and deliver him to an Australian coastwatcher. After directing the rescue of his men, Kennedy learns he is eligible for transfer home; instead, he elects to assume command of another PT boat. 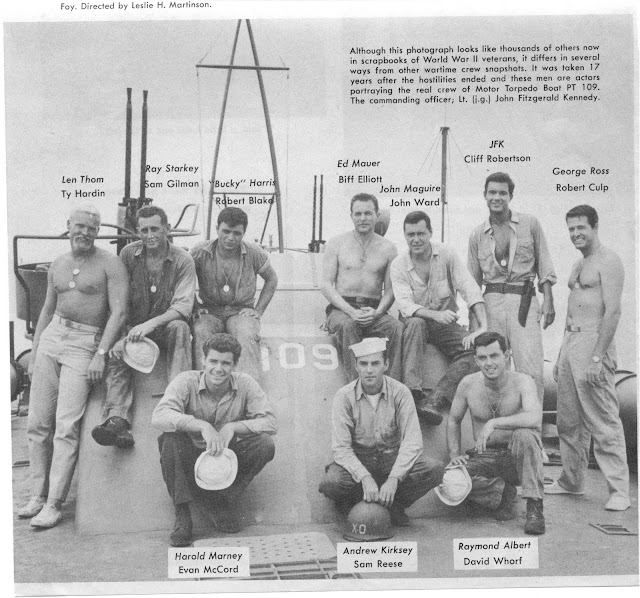 This clip on Youtube really made me want to see the movie. I love the line at the end:


Some trivia about the film:

The real PT 109 had been engaged in continual combat for five months when JFK took command, but was not the derelict, inoperative hulk depicted in the movie. 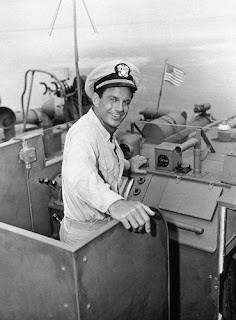 It was decided and approved by President Kennedy that Cliff Robertson speak in his natural voice and not try to imitate JFK's Boston accent for the film.

Cliff Robertson portrays John F. Kennedy during his late twenties during World War II. However, in real life Robertson was 40 years old when this film was released. 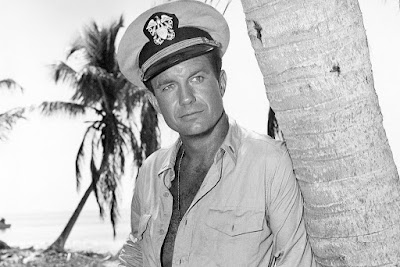 I just learned the other day that Natalie Portman is starring in a film called Jackie about Jackie Kennedy following Kennedy's assassination. Rachel Weisz was originally wanted for the part (and she would have looked perfect in my opinion) but she turned it down. It is slated for release on Dec. 2 of this year. 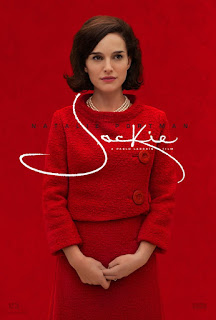 This post is part of the Hail to the Chief! Blogathon hosted by Pop Culture Reverie. Be sure to read all of the other Presidential posts (especially if the coming election has been getting you down). 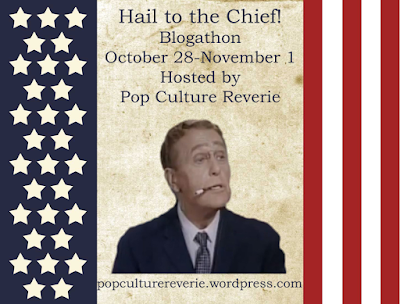