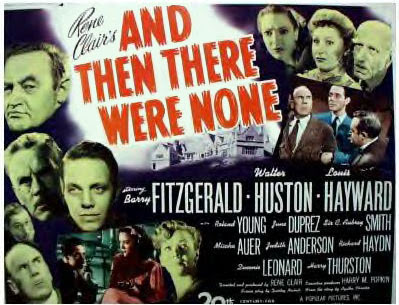 Ten people are invited to an isolated island, only to find that an unseen person is killing them one by one. Could one of them be the killer?

That is the premise of one of my favorite mystery stories by the Queen on Crime, the great Agatha Christie. Originally written in 1939, the book, a best seller with over 100 million copies sold, has been made into a movie more times than any of Christie's other novels and has appeared as a television production even more, attesting to the popularity of the story through the decades. You can read more about the book and it's adaptations here. 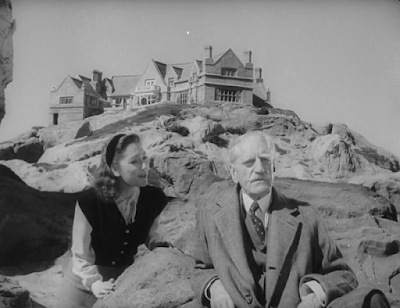 The story was first adapted for the stage, with a alternate ending. This ending is the one mostly used in the film adaptations, the first of which was And Then There were None (1945) starring Barry Fitzgerald, Walter Huston, Roland Young, C. Aubrey Smith, Richard Haydn, and Judith Anderson. The young couple and romantic interest in the film is played by Louis Hayward and June Duprez. Like the book, the story takes place on an island (changed to the Alps in the 1965 film titled Ten Little Indians). A group of strangers are invited there by a Mr. U. N. Own (get it - "unknown"), of which none of them has ever actually met. They arrive by boat and are informed that it will be back to pick them up in a few days. The guests are met by two servants, husband and wife, whom they learn have just been hired and also do not know their mysterious host. Everyone is settled in their rooms and have dinner, where they begin to get to know one another. After dinner, a record begins to play. A voice identifies itself as their host and proceeds to tell them why they are there. It seems that everyone has a shady past, whether it was murder or some other sort of crime. The guests are indignant and attempt to tell their stories to clear their names of their supposed crime.

Judith Anderson, the perfect person to put in the middle of a Christie story.

It is then that things begin to get interesting. Prince Nikita Skarloff (Mischa Auer - the protégé from My Man Godfrey) begins drunkenly playing the piano and suddenly collapses, poisoned. Someone notices that one of the Indian statuettes they had only just been admiring on the dining room table has been smashed. They also realize that there is a statue for each of them, totaling ten. Vera Claythorne (Duprez) suddenly recalls a rhyme about "Ten Little Indians," in which the first choked to death. At first everyone thinks there is a killer hiding in the house but suspicion quickly turns to each other as one by one each person meets a terrible fate until finally there are only two people left alive.  Which one of them is the killer? Will he or she kill the other and then hang himself, as the poem says? You'll have to watch the movie or read the book to find out! 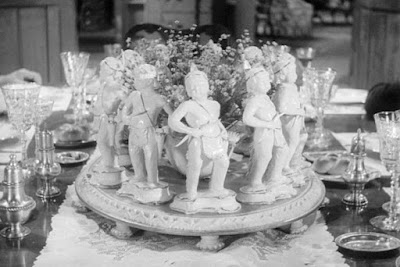 Here is the rhyme (the word Indians has since been replaced with Soldier Boys): 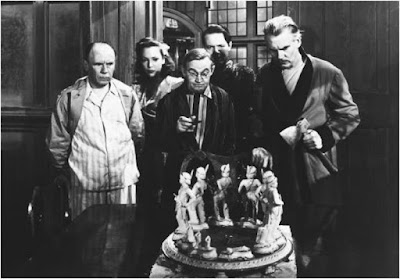 Released on Halloween of 1945, the film was highly successful. Unfortunately it has fallen into the public domain so copies of the film are extremely poor.
Although I really like this movie, I highly recommend reading the book first, as it is superbly written and with a truly thrilling climax. You can watch the movie in its entirety below:
This post is part of The Agatha Christie Blogathon hosted by Christina Wehner and Little Bits of Classics. Be sure to read all of the other suspense-filled posts! 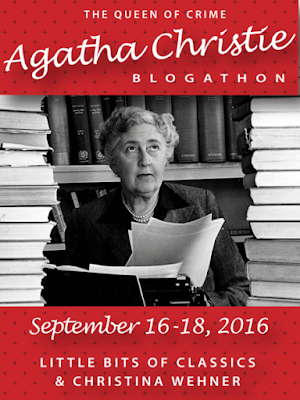